Surface Transportation Board chairman critical of increased use of embargoes amid layoffs, subsequent crew shortages 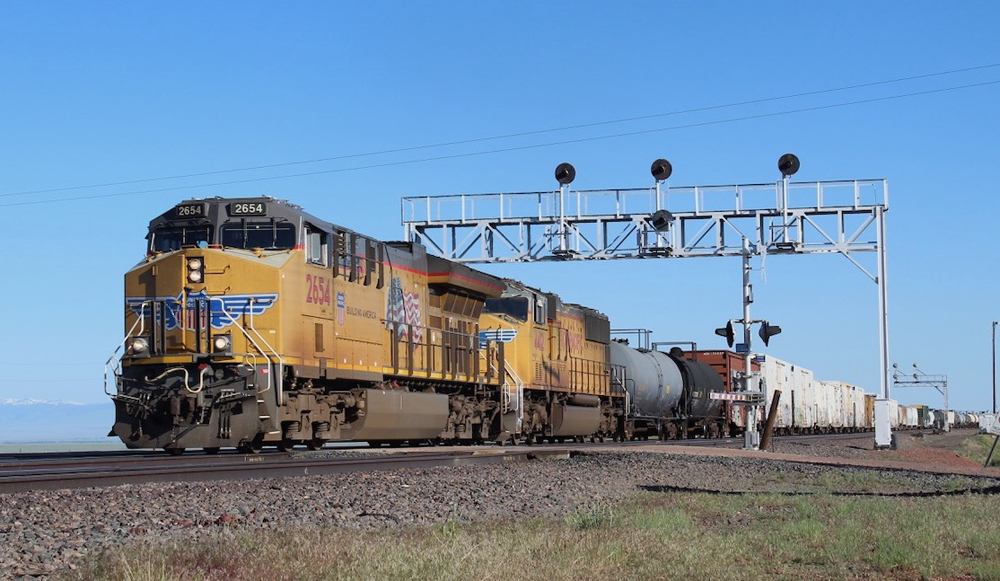 “Union Pacific regularly reviews our network to monitor for elevated inventory,” UP spokeswoman Robynn Tysver says. “We are currently experiencing higher than normal rail car inventory, which has resulted in congestion on our network. We reached out to some of our customers and asked them to voluntarily take steps to reduce car inventory on our network.

“It is our hope, that by working proactively together, we can reduce the congestion, speed up operations and deliver a more reliable service product. If we do not see a voluntary decline in their inventory levels, we will notify impacted customers of a temporary embargo,” she says.

UP made a similar move in April, when it also was facing congestion due to the impact of crew shortages. As a railroad slows down, and shippers see transit times go up, they typically use more freight cars to ensure their supply chains are not interrupted. But that only exacerbates congestion.

Surface Transportation Board Chairman Martin J. Oberman today was critical of railroads’ increasing use of embargoes over the past five years, a period when they dramatically cut the number of train and engine employees.

“The number of embargoes has skyrocketed in recent years,” Oberman told the RailTrends conference in New York. “It used to be that railroads implemented embargoes due to unforeseen natural disasters — bridge washouts, forest fires, polar vortexes. But no more. For some Class I [carriers], embargoes now are being used as a routine part of their operating plans.”

“The vast percentage of these embargoes, over 80%, are the result of what the railroads call congestion — a railroad euphemism for ‘we don’t have enough crews to move our trains and keep our network fluid,’ ” Oberman says.

Oberman singled out UP for its use of embargoes, which leads the industry with 886 this year, or 79% of the total. BNSF is second, with 104 embargoes.

“These embargoes are not just metrics reported to the STB,” he says. “Each embargo means the railroad has almost always, with virtually no notice, told the customer it will not serve that customer for a period of days, often a week or more. We’re talking about major U.S. industries: Grain, fertilizer, chemicals, livestock, soda ash, and others. Industries which cannot function without regular and most importantly reliable rail service.”

UP is nearing its goal of hiring 1,400 train and engine employees this year, with two-thirds of the new hires in active service and one-third in training, executives said at an investor conference last week.

But the railroad remains short of crews across its northern tier and is offering hiring bonuses of $10,000 to $25,000 to new conductors at some locations, including Cheyenne and Green River, Wyo.; Salt Lake City and Helper, Utah; Portland, Ore.; and Seattle.

“We still have those pockets where we are constrained,” Eric Gehringer, UP’s executive vice president of operations, said last week.