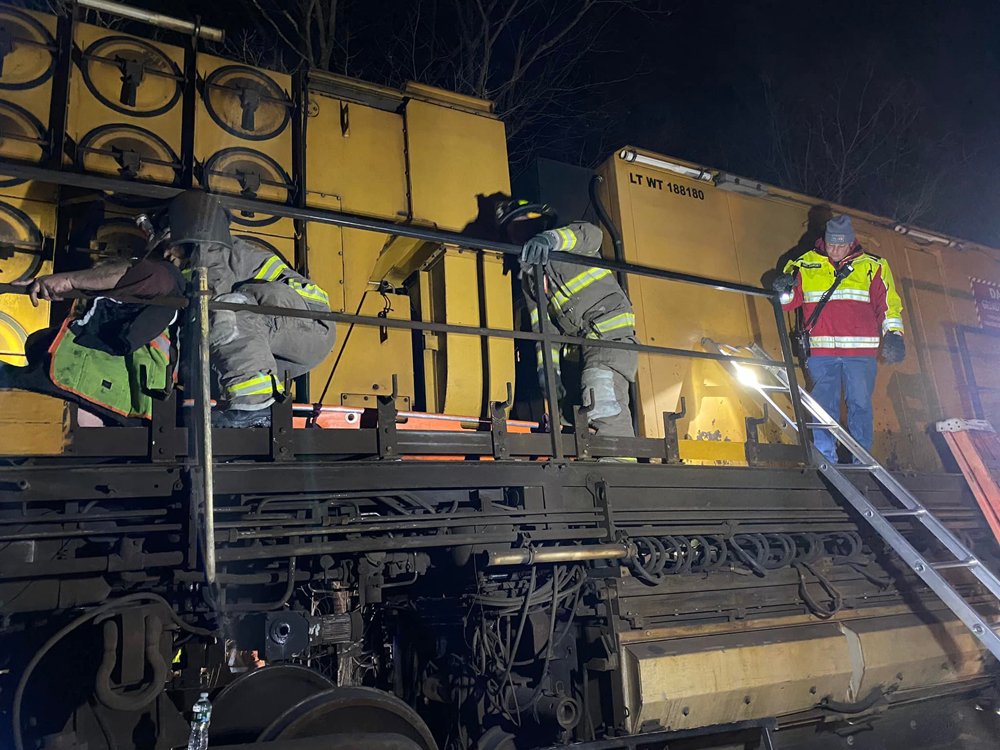 SPENCER, Mass. — Three people were injured when a Loram rail grinder collided with a stopped CSX freight train early Sunday morning, requiring some of the injured to be freed by first responders.

Loram, based in Hamel, Minn., is a contract provider of track maintenance, inspection, and infrastructure services for all Class I railroads as well as many short lines.

Cause of the accident is under investigation.