Normal, Ill., mayor, nominated for spot on Amtrak Board, was interviewed for Trains Magazine in 2020 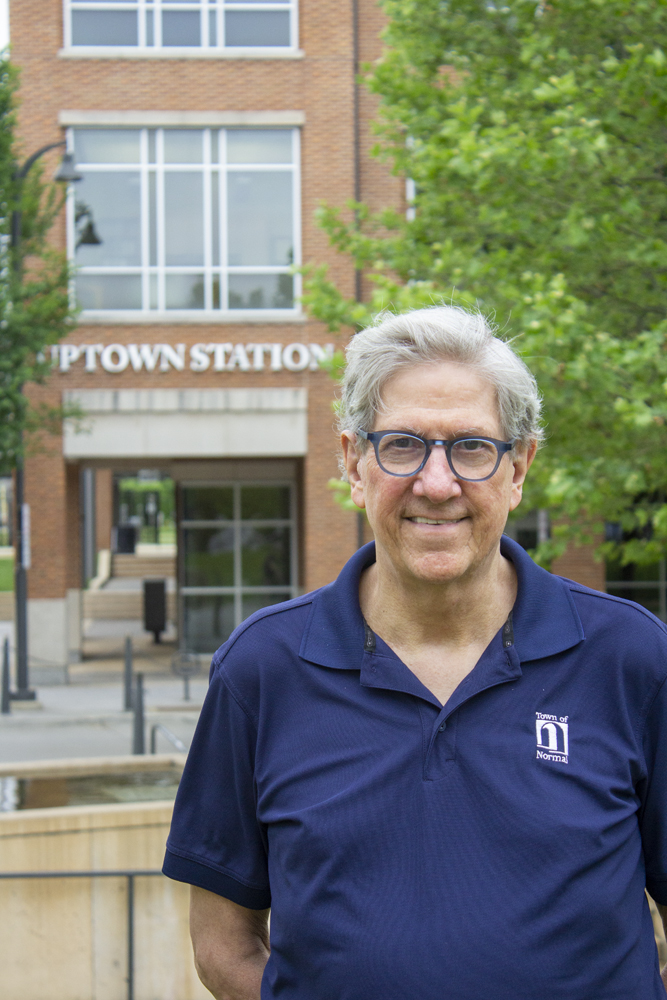 Since 2003, Normal, Ill., business owner Chris Koos has championed downtown development as mayor of the Midwest college town situated on Amtrak’s Chicago-St. Louis Lincoln Service route. He was nominated on Friday by President Joe Biden for a spot on Amtrak’s board of directors, the second time he has been nominated. President Donald Trump nominated Koos in May 2020, but that nomination was never confirmed by the Senate.

Koos was interviewed by Trains passenger correspondent Bob Johnston in June 2020 at Normal’s Uptown Station, a transportation hub opened in 2012 which also serves as the city hall and council chambers. That interview, conducted in the midst of the COVID-19 pandemic, was printed in the September 2020 issue of Trains Magazine. It is offered here online for the first time.

Q: How did you get interested in passenger rail?

A: It’s always been a part of this Bloomington-Normal community. As a little kid, we’d take my grandfather to the Gulf, Mobile & Ohio train station, he’d take the train to Florida, and we’d be there to pick him up. My father worked in the Chicago & Alton Railroad shops as a cabinet maker, then became a remodeling contractor after that.

If you look at passengers riding the train to and from Normal today, they span the whole socioeconomic and demographic range. People like Amtrak for its convenience — it’s about 21/2 hours to both Chicago and St. Louis. That includes my brother, who runs the nationally accredited local history museum here.

Q: What has been the impact of Uptown Station?

A: Since the $46 million multimodal facility with city hall offices upstairs opened in 2012, replacing the small
station across the tracks, the building and its adjacent plaza have become the new heart of Normal. It acts as a hub for not only Amtrak but intercity buses to Peoria and Springfield, Ill., and Connect Transit, the reinvented local bus system with seven routes that typically handle 470,000 passenger trips per year.

Uptown Station has helped shift development from the town’s perimeter to what has become a vibrant downtown with shops, restaurants, two hotels, a 40,000-square-foot conference center, two parking garages, and the Children’s Discovery Museum just across the circle. Groups now come here for meetings because we’re centrally located in the state; many people come on the train and walk across the street to their hotel.

Q: What experience do you have riding Amtrak trains?

A: When our city manager and I took the Texas Eagle to San Antonio to speak at a Great American Stations program, all along the route we talked to passengers getting on and off who were using it for shorter destinations. That’s an important part of Amtrak’s mission, in my opinion, to serve these rural communities. I do know the direction going for Amtrak right now — including the Amtrak board — is to severely curtail or eliminate the long-distance routes. I think there is a lack of understanding. They’re looking at numbers, but the number of communities in the Midwest that benefit from those long-distance trains is really overlooked. If I go forward, I will be a strong voice for the long-distance trains; they are critical.

Q: Applying lessons you learned as a Normal bicycle shop owner for 42 years, what advice would you give Amtrak management?

A: Trying to get the “where the trains go” message out is really important. My sense of it is you’ve got to run Amtrak like any business; that means you’ve got to sell it, market it, and have a quality product. If frequencies are reduced and it’s not convenient, people will stop using it — the same as any service. If it’s difficult to access,
people aren’t going to do it. Prior to COVID-19, you couldn’t always expect to buy a same-day ticket — Amtrak was so busy, if you didn’t book four or five days in advance, you weren’t getting on.

Q: So what is most important?

For passenger rail — to me — it’s  frequency and on-time performance. Everybody talks high speed, but that’s way down on the list as far as I’m concerned. If you can do reliable [on-time performance] with a reasonable amount of frequency, people are going to use it. A Vancouver, B.C., transit planner speaking at a U.S. Council of Mayors conference in Seattle explained how their ridership exploded on the city’s regional bus system when it was upgraded with newer buses, Wi-Fi, coffee service, and more trips because it was convenient, comfortable, and enticing. And I think that would be my long-term look at what we should be doing with Amtrak.

Q: Can the Lincoln Service corridor be improved?

A: If I have a business meeting in Chicago at 9 a.m. and there is a train that can get me there by 8:30 a.m., I need to know that the train will be on time. We heard we would get an earlier train like that [the earliest arrival is now 10 a.m.]; there’s a big hole mid-afternoon, and a later train would be ideal. Early on, the thought was to go with six Lincoln Service round trips per day [plus the Texas Eagle] instead of four. I think that’s on the back burner somewhere because I don’t hear about that anymore. But the budget issues facing all of us now are a big unknown.

I think the state is really going to suffer on income taxes because so many people are out of work. Anecdotally — what’s going on in our community — is that stores that were open were doing a landslide business so there will likely be an early bump over [previous] sales projections down 30%. I don’t think they will be down that much.