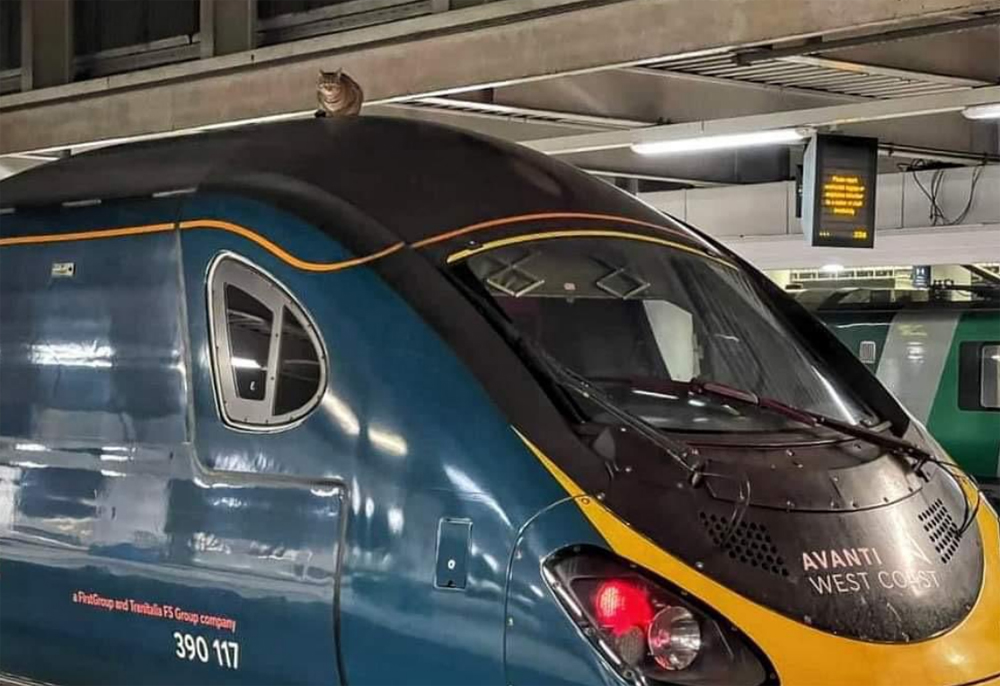 LONDON — One stubborn cat kept a British high speed train in the station Tuesday — after almost taking a ride on the train’s roof.

The BBC reports that a half-hour before an Avanti West Coast train was scheduled to depart London’s Euston Station for Manchester, a cat was spotted atop the train’s cab — and it took 2½ hours to coax it down, a process complicated by the 25,000-volt overhead power lines. Passengers were transferred to a substitute for the 125-mph, Alston-built Pendolino trainset. The cat eventually departed after a trash bin was pulled up next to the train, giving it a path to dismount.

5 thoughts on “Stubborn cat too much for high speed train”