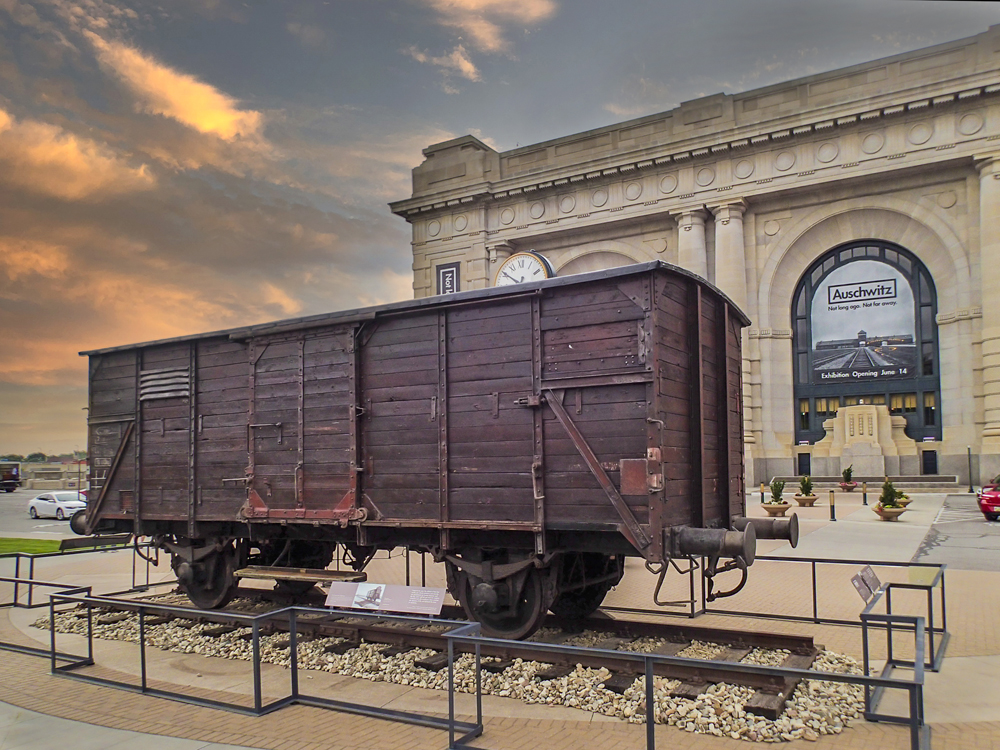 For the world at large, it has a larger, darker place in history, which is why it is on display at Kansas City’s Union Station.

The car was one of 120,000 built between 1910 and 1927 for the German National Railway (Deutsche Reichsbahn). This particular example carries a builder’s date of 1916, measures 31 feet long, weighs about 35,000 pounds and is deeply weathered. The steel bracing, couplers and door handles are rusted.

It typically hauled foodstuffs, livestock, general goods and the like before World War II.

But during the war, from 1940 to early 1945, these wagons were also used to transport those who the Nazis considered enemies of the Third Reich: Jews, and other European resisters to German rule, hostages, Soviet prisoners of war, Roma (Gypsies), and others to the death camps. For many the destination was a place in German-occupied Poland: Auschwitz. There were other killing centers, but Auschwitz was the largest. One survivor said, “Even death fears Auschwitz.”

The car is the largest artifact in the exhibition “Auschwitz. Not Long Ago. Not Far Away” that opens at Union Station June 14. There are more than 700 objects and 400 photographs contained in the exhibition, which will run through January. For tickets, visit www.unionstation.org/

No one knows for sure if this wagon was one of those used for the brutal trip to the concentration camps.

The 31-foot long cars would haul up to 100 men, women, children, and whatever belongings they could carry. Buckets at either end of the cars were toilets. The journey could take days, with no food or water provided, and many died en route. The goal of the Nazis was to eradicate all the Jews from Europe, and some seven million were killed as Hitler pursued his “Final Solution.” After their arrival at the camps, prisoners were given a “shower” of the poison gas, Zyklon B, then their bodies were incinerated.

Millions of those victims were transported to their fate in such cars. The United States Holocaust Memorial Museum says the movements were referred to as “resettlement to the east,” while those on the trains were told they were being taken to labor camps.