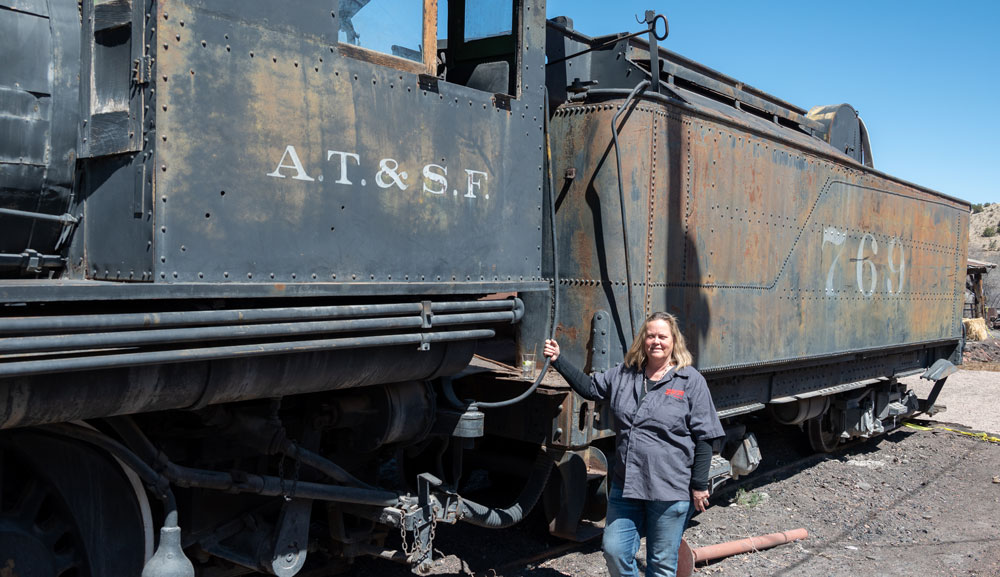 When Lori Lindsey bought The Mineshaft Tavern in Madrid, N.M., in 2007, she acquired the restaurant, museum, and Atchison, Topeka & Santa Fe No. 769. After consulting with restoration experts, Lindsey is seeking funding to restore the 2-8-0.

With encouragement from Santa Fe, N.M., resident Andrew Delgado, Lindsey consulted with steam restoration experts. She has now set her sights on restoring the locomotive and even rebuilding a track on the old right-of-way to Waldo.

“Expected complete operational restoration will cost $1.5 million to $2 million,” Lindsey says. “The hope is that New Mexico will build out or fund more heritage railways for tourism. It’s too valuable to let it degrade further, and it would be very exciting to see a steam engine going through the center of the town.”

Madrid was a coal-mining town, and SFPR built a 6.7-mile spur from there to Waldo, N.M., where it joined the main line. In 1950, No. 769 was sold to the Albuquerque and Los Cerrillos Coal Co. where it continued to transport coal until 1959 when the company went bankrupt, and the locomotive was parked in front of the enginehouse and hasn’t moved since.

First steps would include moving the locomotive to a better spot on the Mine Shaft property where the restoration work won’t interfere with the operation of the restaurant and museum. For more information and to help with the restoration, visit this GoFundMe page.