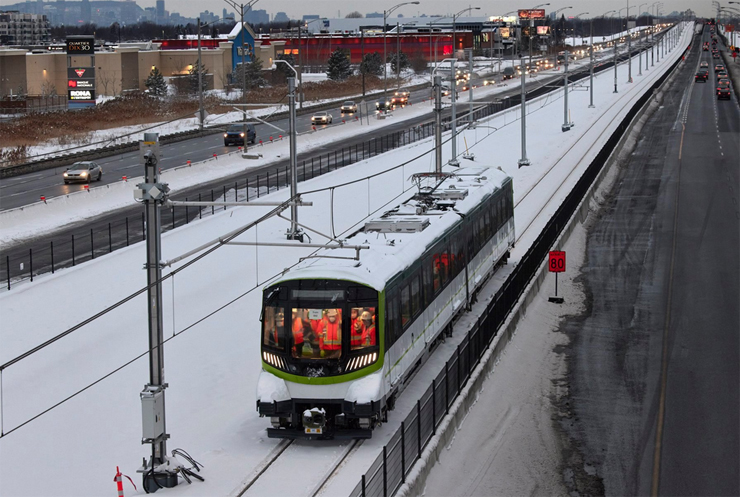 MONTREAL — Opening of Montreal’s Réseau express métropolitain light rail network has been pushed back because of issues with the Mount Royal Tunnel, the system’s developer has announced.

The CBC reports initial plans had called for 18 of the 26 stations on the 41.6-mile REM system to open in phases between fall 2023 and fall 2024, but CDPQ Infra — the infrastructure arm of Quebec pension fund Caisse de dépôt et placement du Québec — said all 18 stations will open at the same time in late 2024.

A CDPQ Infra statement said it would not be possible to begin testing in the 3.1-mile tunnel before summer 2024, and that those tests “are essential to make sure services are launched in a safe way.”

The Montreal Gazette reports the latest delay also means the project will exceed its most recent cost estimate of C$6.9 billion. REM construction began in 2018, with the first portion of the system originally projected to open in 2021. A CDPQ Infra spokesman told the Gazette that a Quebec labor shortage also figured into the delay.