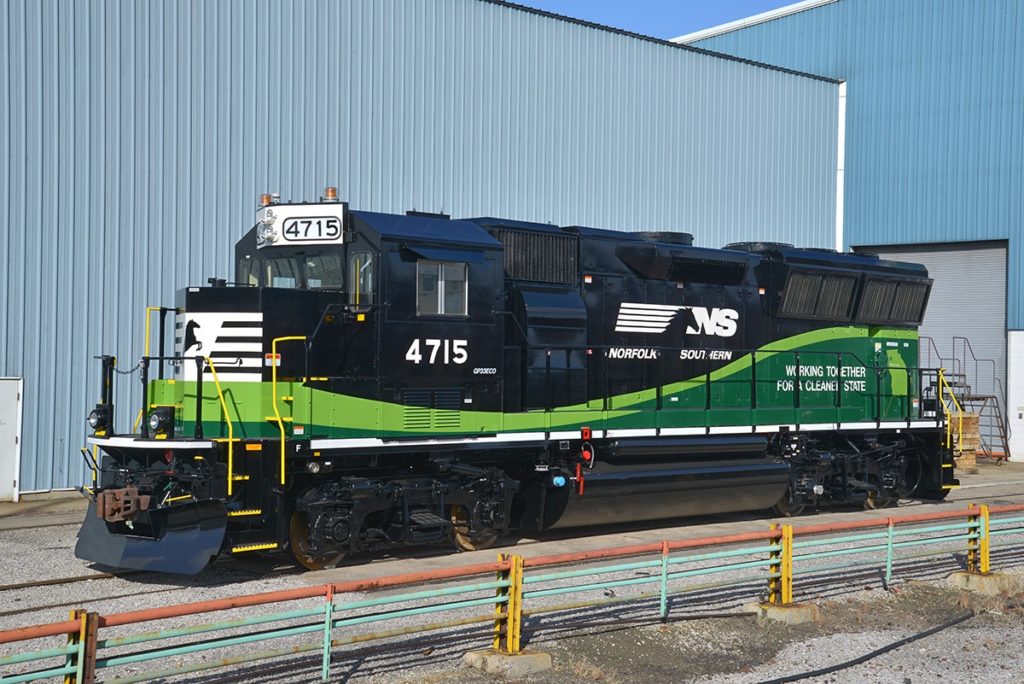 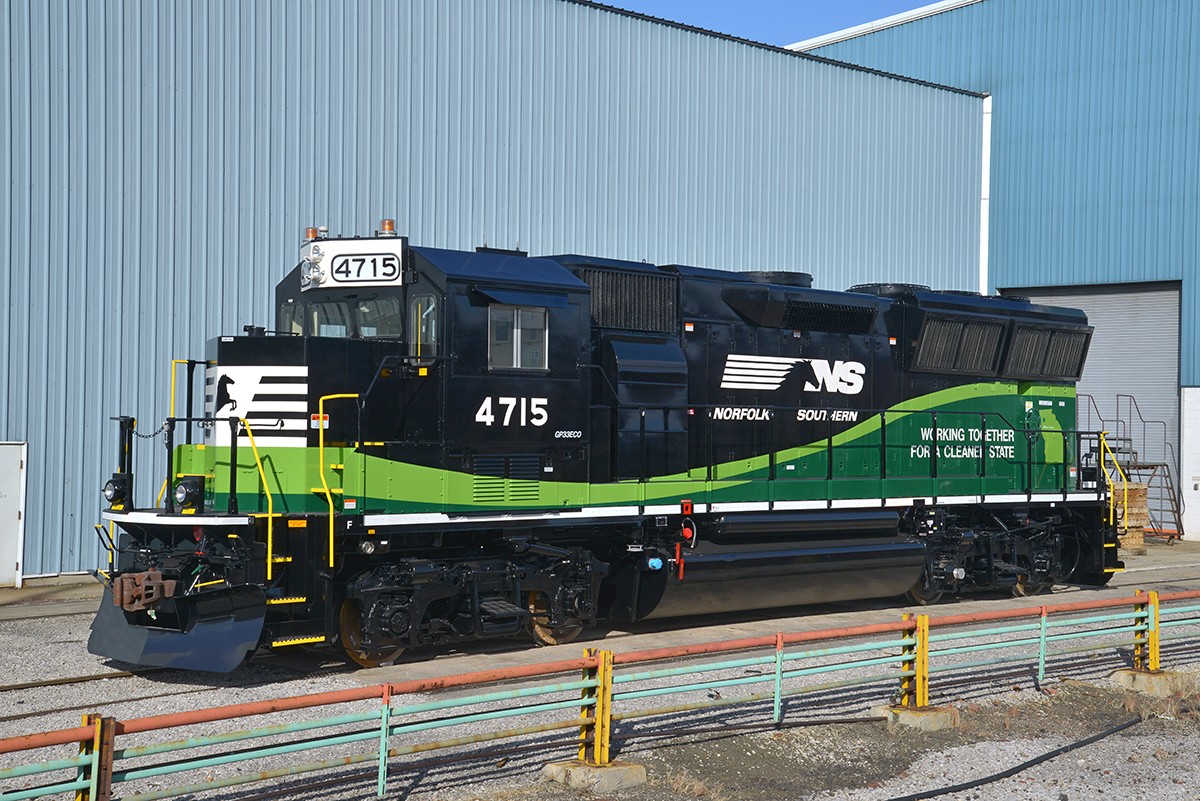 A new GP33ECO stands outside the Altoona shops.
Norfolk Southern
ALTOONA, Pa. – The first locomotives funded by the federal Congestion Mitigation and Air Quality Improvement Program have been released for road testing by Norfolk Southern from its Juniata Locomotive Shop in Altoona this week.

The first two GP33ECO locomotives, a model previously covered by Trains News Wire, sport a distinctive paint scheme that reflects their environmentally friendly mission and include an outline of the state in green. The locomotives sport flared radiators at the rear, reminiscent of Electro-Motive Division’s SD45 model of the 1960s, but with four-wheel trucks.

Railroad spokesman Robin Chapman tells Trains News Wire there will be 25 units, split with 10 going to Chicago and 15 going to Atlanta. The remaining units will be delivered by the end of the year.

Dedication ceremonies are planned for the coming months.