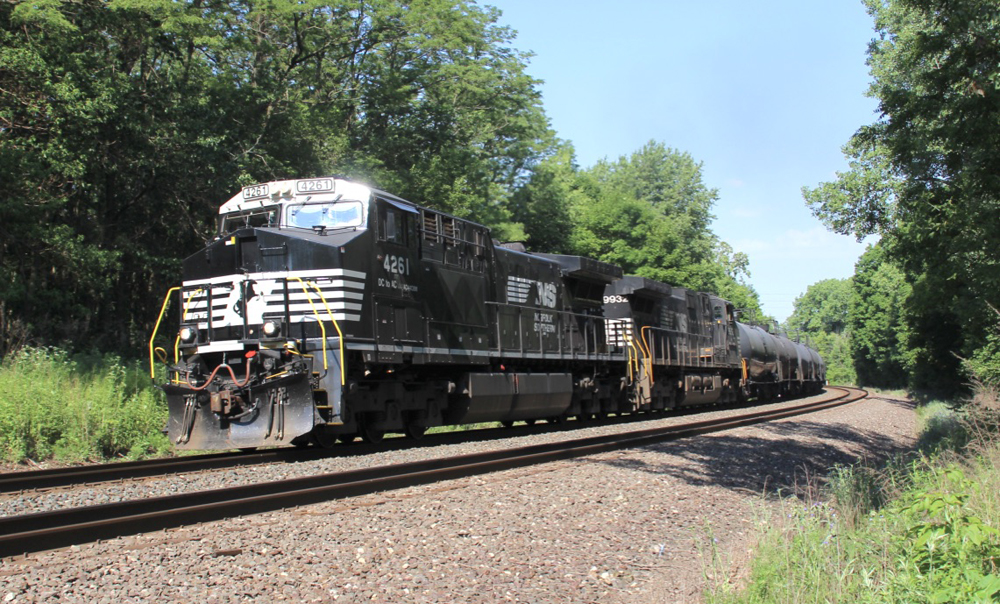 Some 54% of the NS road fleet is now A.C. traction, Chief Financial Officer Mark George told an investor conference today. That’s up from a third of the fleet at the end of 2018. The railroad aims to have 65% of its road locomotives feature AC traction.

The D.C.-to-A.C. conversion program provides NS with a like-new locomotive for half the cost of buying a brand-new road locomotive. The A.C. units are more reliable, have reduced maintenance costs, are more efficient, and have better tractive effort than the D.C. locomotives they replace.

The average NS train is just over 7,000 feet long, George says, and only 10% of its trains are 10,000 feet or longer. The railroad set quarterly records earlier this year, however, for both train length and weight as it aims to move tonnage on fewer but longer trains.

George spoke at the UBS Global Industrials and Transportation Conference.