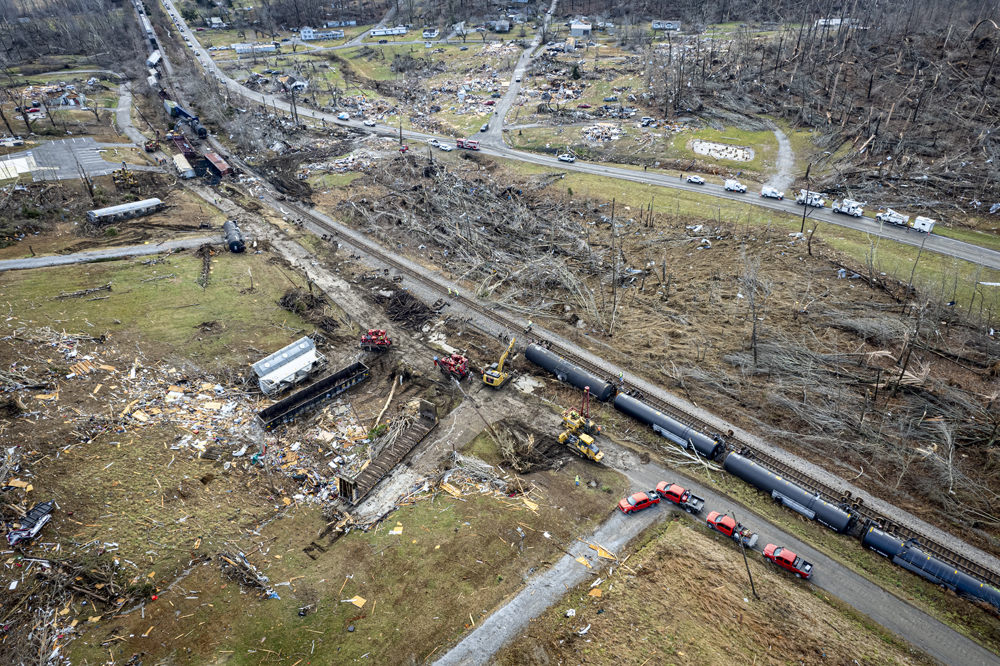 EARLINGTON, Ky. — Photos of today’s tornado-caused derailment of a CSX train near Earlington, Ky., show the train caught in widespread devastation resulting from the overnight storm.

The train involved, Q500, derailed between Earlington and Mortons Gap, Ky., on CSX’s Henderson subdivision. No injuries resulted from the derailment. A number of structures were leveled by the tornado, which reportedly was on the ground for more than 200 miles. Authorities are now reporting at least 70 tornado-related deaths in Kentucky, one of six states hit by a total of more than 30 tornadoes.

8 thoughts on “News Photos: Train derailed by tornado in Kentucky”