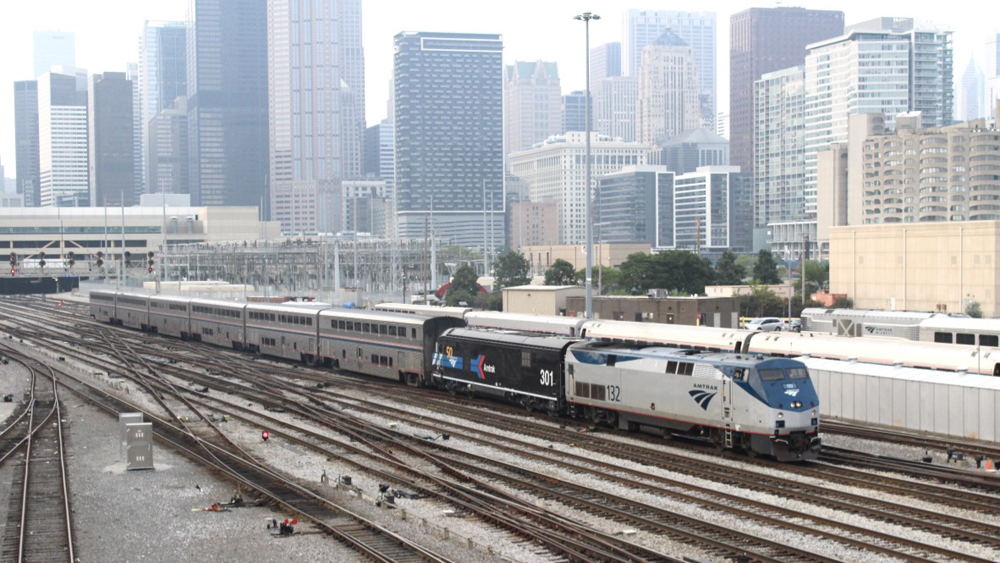 CHICAGO — After a much-delayed arrival in the city, Amtrak’s “Day One” Siemens ALC42 Charger locomotive continued toward its official handover to Amtrak on Tuesday evening, heading east on the Capitol Limited. Trailing P42 locomotive No. 142 were ALC42 No. 301 and a six-car consist including a dormitory car, sleeper, Cross-Country Café, baggage-coach, and full coach.  The new locomotive had arrived from Sacramento on the California Zephyr, which finally limped into Union Station at 3:28 a.m. Tuesday, more than 12½ hours late, after mechanical problems that required the addition of a BNSF locomotive in Nebraska. Amtrak will officially take possession of the Charger in Wilmington, Del.