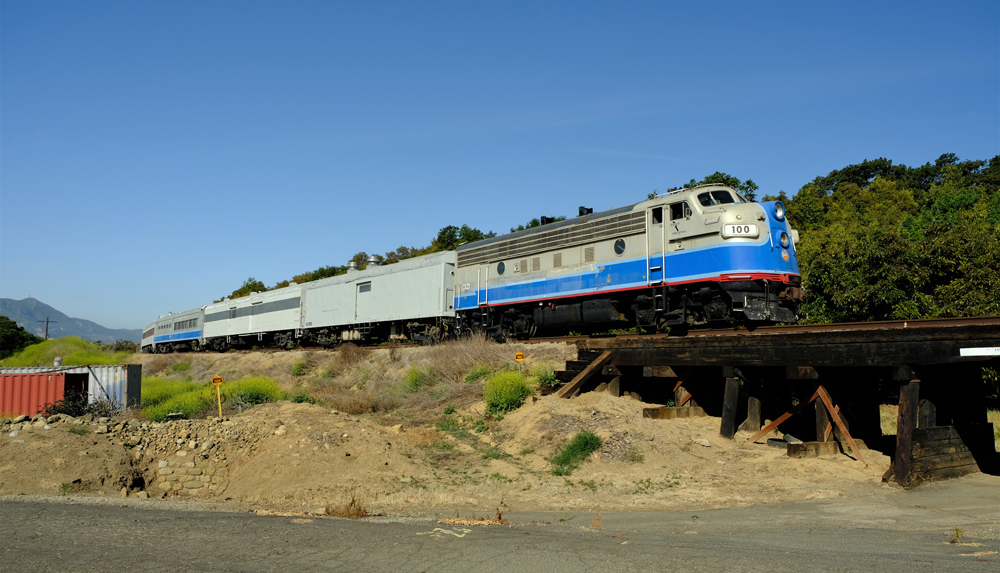 FILLMORE, Calif. — Following on the heels of a successful freight photo train April 22, Sierra Northern Railway’s Ventura Division operated a second train, this time with seven streamlined passenger cars between Fillmore and Santa Paula, on Thursday, May 5. The train was stopped numerous times for the railroad’s company photographer. The train was significant for the onboard crew to continue to familiarize themselves with train handling on many newly refurbished sections of the right-of-way. Sierra Northern Railway leases the line, which is owned by the Ventura County Transportation Commission.

The railroad is planning to bring additional rolling stock onto the property to accommodate new freight customers and eventually excursion passenger trains, as well as supplying equipment for movie, television, and commercial productions, as did prior operator Fillmore & Western.