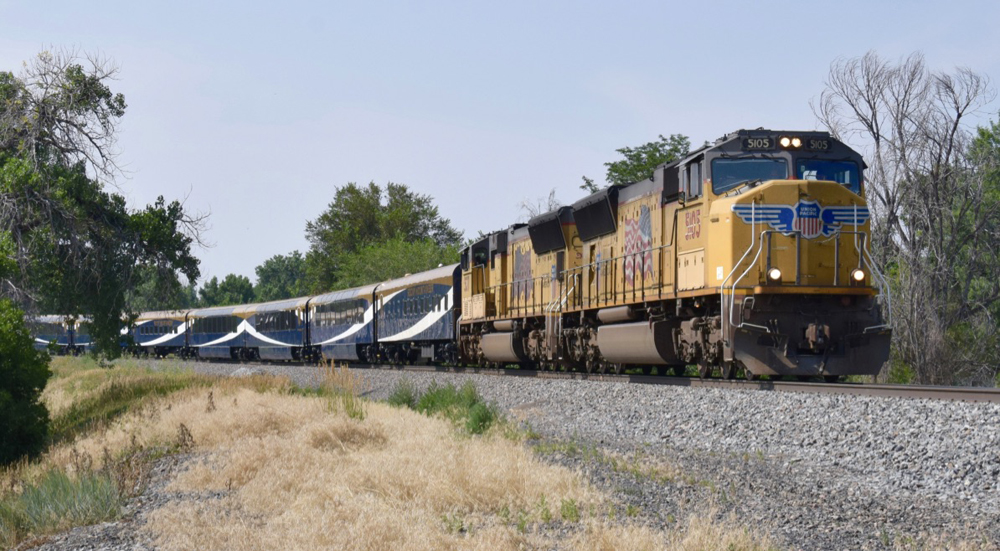 ARVADA, Colo. — Two leased Union Pacific locomotives lead a Rocky Mountaineer trainset through Arvada on Tuesday as the train made the fourth of eight test trips for familiarizing crews and onboard employees before the launch of the company’s new “Rockies to Red Rocks” service between Denver and Moab, Utah. The locomotives have been leased to Rocky Mountaineer for the duration of the train’s debut season, which is scheduled to begin Aug. 15. They may be wrapped or otherwise dressed up prior to the start of operations. Rocky Mountaineer is offering two-day trips between Denver and Moab or Moab and Denver, with an overnight stop in Glenwood Springs, Colo., in either case. More information is available at the Rocky Mountaineer website.