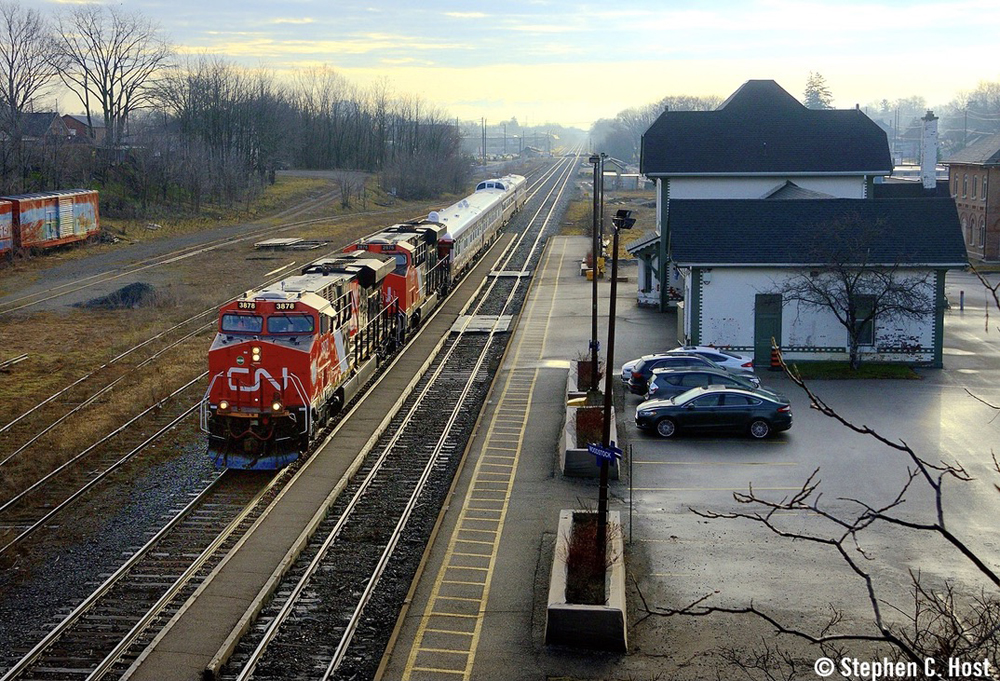 WOODSTOCK, Ontario — A Canadian National executive special carrying new CEO Tracy Robinson and other managers passes through Woodstock, Ontario, this morning (Thursday, April 7). The train with two locomotives and four business cars is en route from Brampton Intermodal Terminal, near Toronto, to Chicago. It is expected to pass through Michigan and arrive in Chicago this afternoon. Robinson was named to succeed Jean-Jacques Ruest as CEO in January, after the railroad reached agreement with activist investor TCI Fund Management, which had been mounting a proxy fight [see “CN names former CP official Tracy Robinson as its next CEO,” Trains News Wire, Jan. 25, 2022]. Her first day as CEO was Feb. 28, 2022. — Stephen C. Host