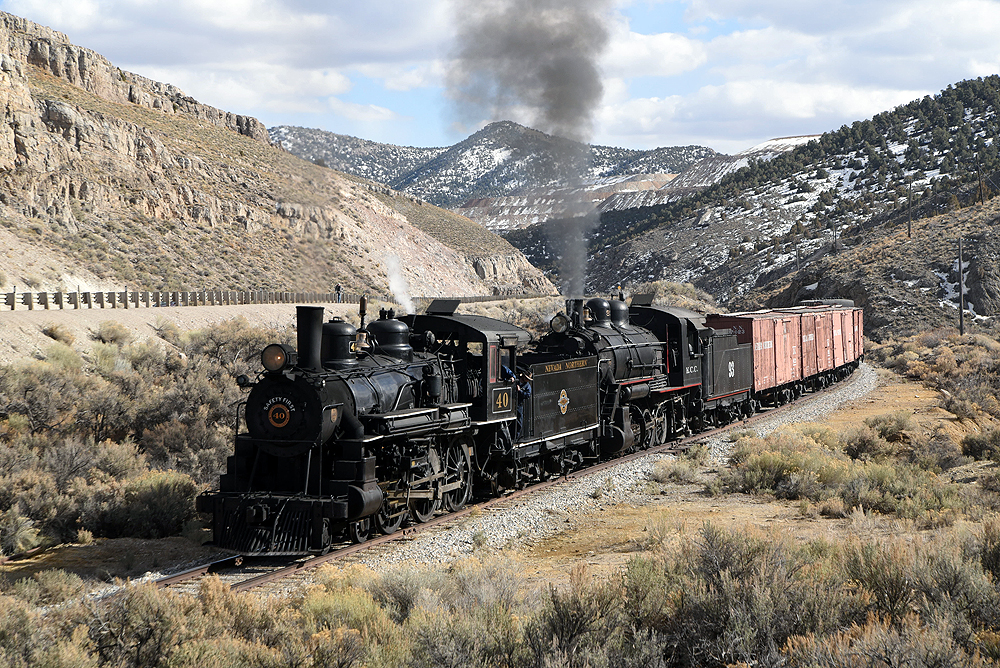 ELY, Nev. — Nevada Northern Railway is beginning a fundraising drive to raise the more than $1 million needed to continue operation of Baldwin 4-6-0 No. 40, built for the railroad in 1910, and will double donations through a one-for-one matching grant.

The locomotive is facing its 1,472-day boiler inspection, last undertaken in 2004, and needs running-gear repairs which were already evident during the prior boiler work but the railroad was not able to fund. At least two of the locomotives three driving axles date to 1924 — the third is not dated — and axle 3 is at its condemning limit, meaning the locomotive cannot be operated unless it is replaced. The total cost of the builder and running -work Is estimated at $1.29 million.

As part of the fund drive, all donations — including memberships and the “Sponsor a Part” program for the boiler, drivers, and axle brass — will be matched on a dollar-for-dollar basis by a Save America’s Treasures grant.

More information about the project and the Nevada Northern is available at the railroad’s website.

One thought on “Nevada Northern fundraising drive seeks to keep 4-6-0 No. 40 in operation”