Interpretation of common-carrier duty a key point of dispute; UP says it disagrees with involvement of federal agency 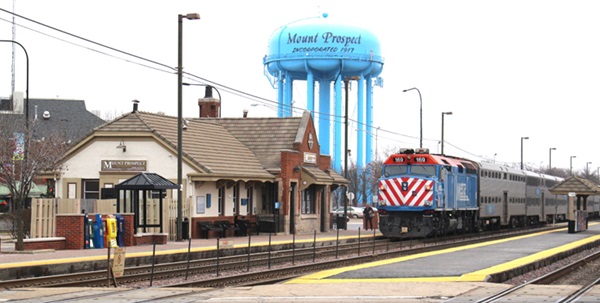 CHICAGO — Metra has asked the Surface Transportation Board to issue an injunction to prevent Union Pacific from acting on plans that the commuter railroad says would “degrade or halt service” on the three Metra lines operated by UP.

In a press release, Metra also says it has asked the STB to rule whether UP has a legal obligation to provide such service. Union Pacific believes it does not, while Metra “strongly disagrees,” according to the release.

“Metra and Union Pacific have had a longstanding, cooperative working relationship and our intention is to continue to maintain this relationship going forward,” Metra CEO/Executive Director Jim Derwinski said in the release. “These filings are an effort by Metra to maintain the status quo on the UP North, Northwest and West lines while at the same time attempting to resolve critical points of disagreement between us.”

Metra says a key point of contention is Union Pacific’s “common carrier obligation,” which reflects the regulation of railroads as public utilities which must provide freight and passenger service at a reasonable price. UP believes that obligation no longer applies to its commuter operations, while Metra says no public agency has released UP or predecessor Chicago & North Western from those obligations. UP inherited the commuter operations when it acquired the C&NW in 1995.

In a response, Union Pacific acknowledged that it and Metra “have differing interpretations of the common carrier duty.” It said the lawsuit it filed in December 2019 [see “UP sues Metra over commuter operations,” Trains News Wire, Dec. 21, 2019] was “to determine a common understanding of the law because we believed the court was in the best position to resolve the parties’ disagreement. … We disagree with Metra’s effort to move the dispute to the Surface Transportation Board now.”

UP also said it has “been clear with Metra that service on these lines will not be degraded or halted,” although earlier this month it informed Metra would stop providing some support services as of the end of August and would seek to stop operating commuter trains within 90 days if it won the lawsuit, which it said could reach a decision later this year [see “UP says it will end some support to Metra operations …,” News Wire Digest, July 9, 2020].

The freight railroad says it seeks an “mututally beneficial service agreement” under which Metra would operate the service “and take on the Union Pacific employees who currently perform these duties,” while UP would continue to own and maintain the right-of-way and dispatch the route. It notes that this would bring the Metra service into alignment with other commuter rail operators on its system. UP also says this would be similar to services operated on the Milwaukee North line, which is Metra-owned but shared with and dispatched by Canadian Pacific, and the SouthWest Service, which Metra leases from Norfolk Southern, which continues to dispatch the route.

Currently, UP operates Metra trains under a “purchase of service” agreement, in which Metra provides the equipment and reimburses Union Pacific for operating that equipment, using UP personnel. Metra’s most-used line, the BNSF route, also operates under a purchase of service agreement, under conditions similar to those of the UP West line, with Metra trains sharing the route with major east-west freight traffic. BNSF does so on a route that is entirely triple-track, while the UP west line is triple-track except for a segment through Geneva, Ill.

UP’s statement concludes that it believes “Metra has the potential to realize economic efficiencies and other qualitative benefits through operating synergies and taking advantage of economies of scale that benefit Illinois taxpayers, while providing uniform service across the region.”

Metra’s filings with the STB have not yet been posted on the agency’s website.

— Revised at 2:25 p.m. to include Union Pacific statement, additional details; updated at 5:25 p.m. to add information on nature of current UP agreement.