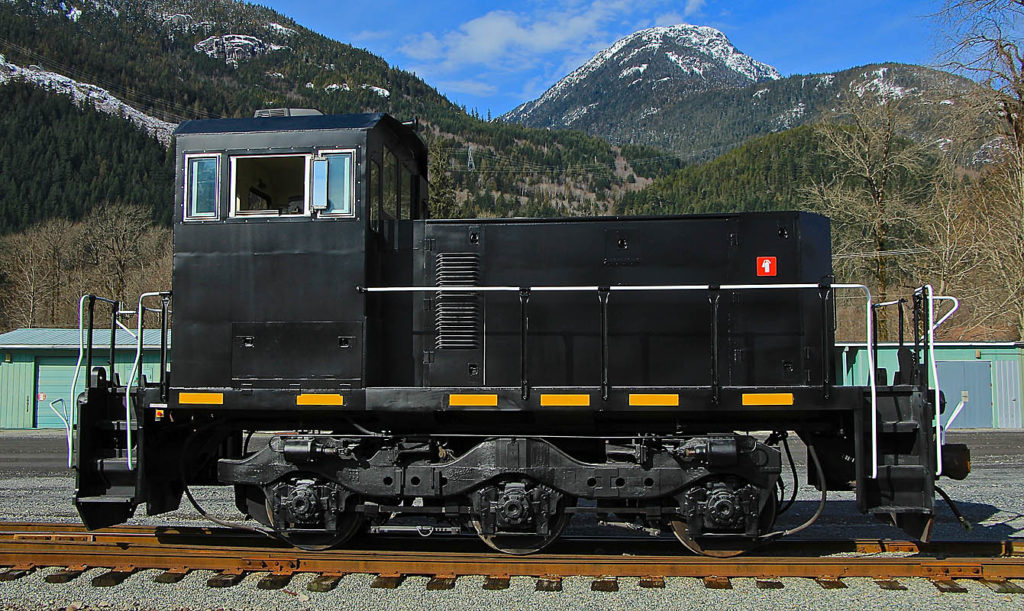 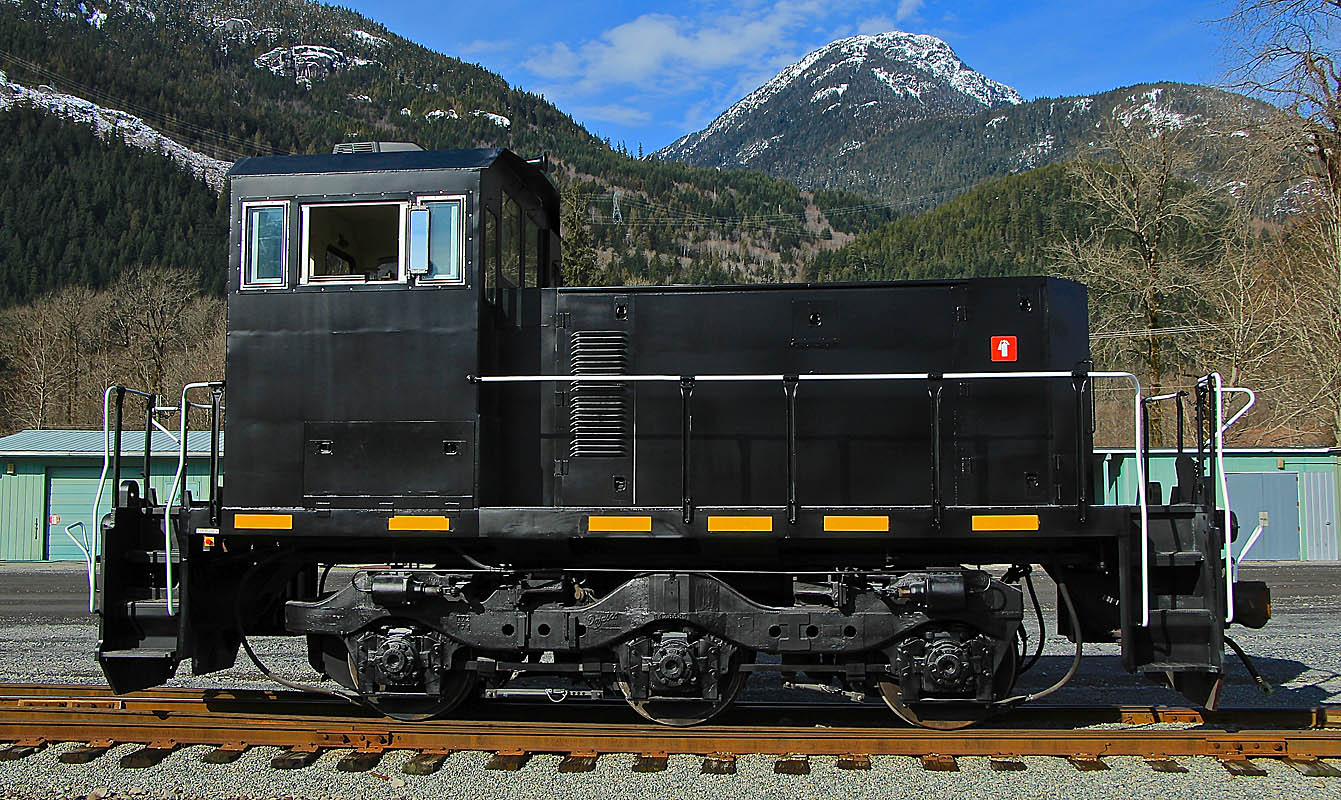 In June, Tractive Power placed its TP56 prototype in demonstration service at a grain facility in British Columbia.

Designed by Founder, Chairman and CEO Frank Donnelly, the three-axle unit is constructed from existing rail components wherever possible.

Perched on a single Electro-Motive Division HT-C truck – the same one under many of EMD’s six-axle road-switchers – the 80-ton, 375 hp turbocharged locomotive can produce 56,000 pounds of tractive effort. The unit can be customized to produce up to 70,000 pounds tractive effort.

The company has designed the TP56 to be jacked up in the field for easy servicing. The power plant meets U.S. Environmental Protection Agency Tier 3 emissions standards. A Tier 4 compliant engine can be installed. Fuel consumption is a miserly half gallon per hour when idling.

Tractive Power’s headquarters are in North Vancouver, B.C., while its manufacturing facility is located in Squamish, about 50 miles north, in a former BC Rail locomotive shop.