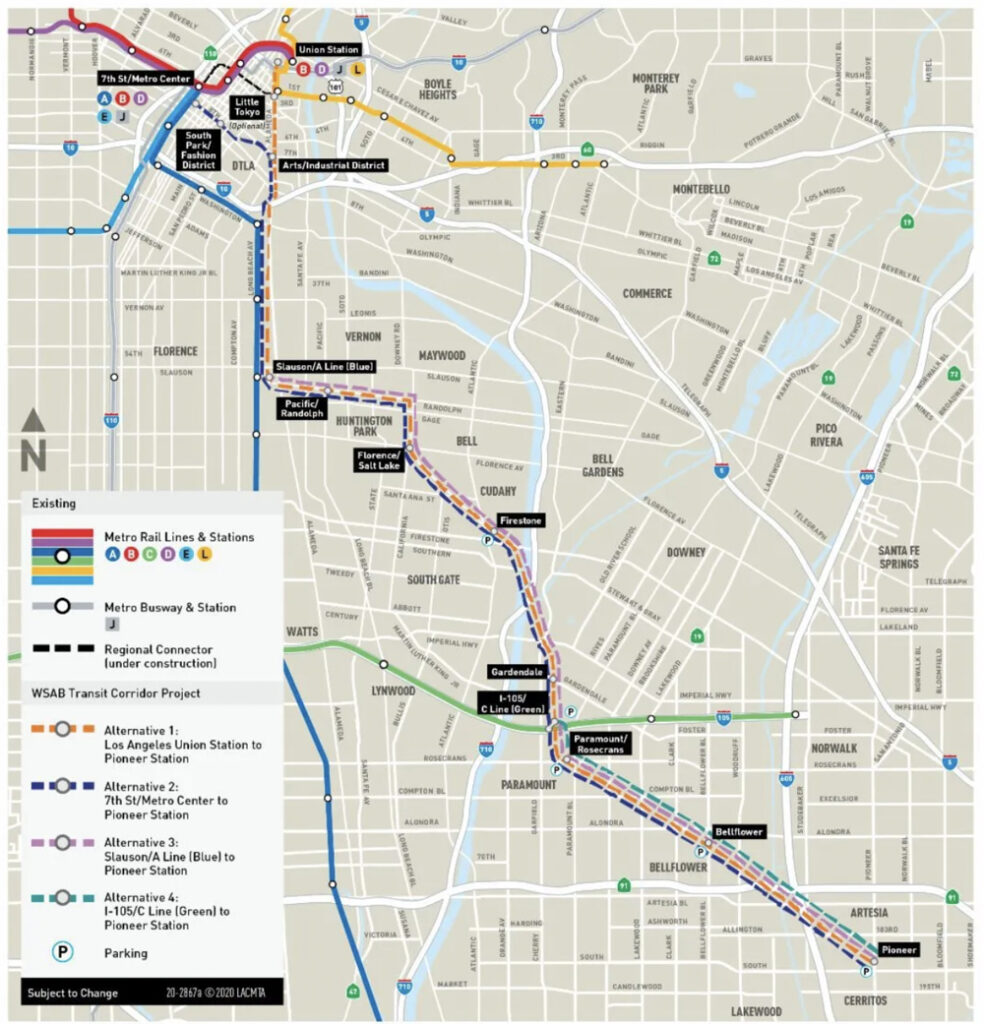 The Los Angeles Daily News reports the new line, called the West Santa Ana Branch, will cost $8.5 billion and will be constructed in two phases. The first, of 14.8 miles, will run from Artesia to the Florence-Firestone area, where it will connect with the existing A (Blue) Line at the Slauson Avenue station; riders will then have to change trains to continue to downtown.

Metro staff had recommended ending the line at this point, but the Metro board voted that a second phase must be built to continue the line to L.A. Union Station, a 4.5-mile project that could include an underground segment, which would increase the cost.

The timeline for the project is a lengthy one: construction will not begin until 2023, with completion of the first phase estimated for 2033; the second phase would take at least another 10 years.