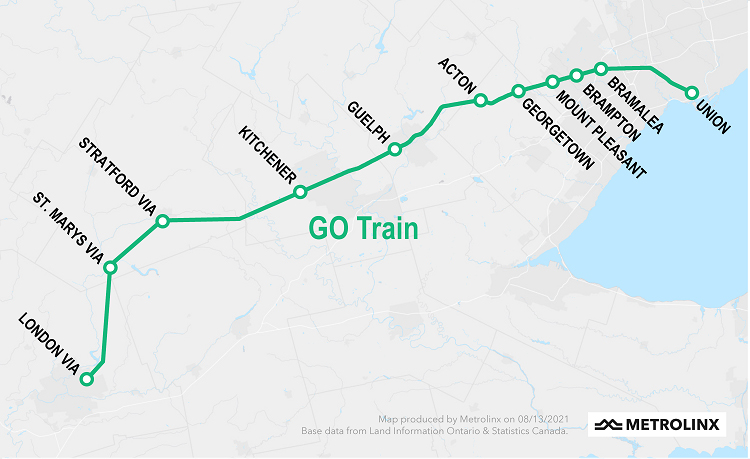 TORONTO — GO Transit will launch new service between Toronto and London, Ontario, as of Oct. 18, a pilot program that will extend the commuter operator’s reach about 120 miles from Toronto Union Station.

“Today’s announcement to extend GO train service to London is part of our transportation plan for southwestern Ontario, providing another option that will benefit individuals, families and workers in the region,” Stan Cho, Ontario’s associate minister of transportation, said in a press release.

Detailed schedule and fare information will become available closer to the launch of service.

6 thoughts on “GO Transit to launch service to London, Ontario”