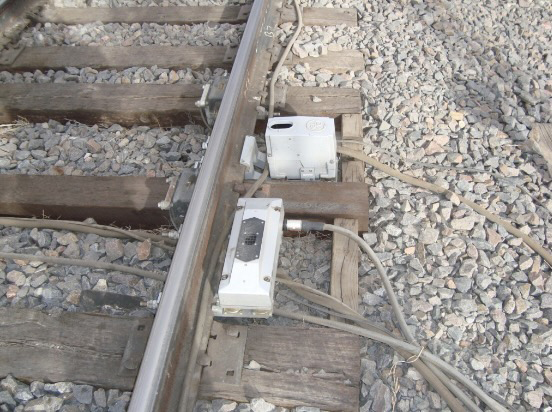 WASHINGTON — The Federal Railroad Administration could soon rule on a petition that would allow a pair of freight railroads to use wayside wheel temperature detectors for inspections currently performed by workers. But a union representing railroad employees says granting such a request would be dangerous.

Canadian Pacific and Union Pacific jointly petitioned the FRA to allow them to use the Automated Brake Effectiveness test process using wheel temperature detectors as an alternative to Class I brake tests performed by certified car inspectors. The railroads say the test is more accurate and will allow them to proactively identify and repair defects, which will lead to safer operations.

According to documents filed with the FRA, the railroads asked for a waiver for a potash unit train operating between Saskatchewan, Canada, and Portland, Ore. The tests would take place on the trains, which typically operate with between 130 and 190 cars, in Lethbridge, Alberta.

“The use of technology is an opportunity for Union Pacific to improve on its strong safety record,” Robynn Tysver, a communications manager for Union Pacific, told Trains News Wire. “Our initial findings indicate that wheel temperature detectors identify more defects than traditional detection methods, which translates into a safer operation for both the public and our employees.

“The use of this technology will not eliminate visual inspections by trained personnel,” Tysver added. “The wheel temperature detectors change the frequency of when a test is required, eliminating unnecessary brake tests and allowing our inspectors and train crews to focus attention on those brakes that warrant attention.”

The automated test collects the wheel-temperature detector readings and assesses the data to determine if the wheel temperature is within “defined thresholds.” If it is not, it sends an alert for an “exceptional condition.”

Transport Canada granted a pair of exemptions under the Railway Safety Act to Canadian Pacific in December. The exemptions allow the railroad to use “technology-based processes as alternative practices to meet certain freight car safety and air brake inspections performed in Canada as required by the Canadian rules,” Canadian Pacific said in an FRA filing. A CP video explaining the technology is available here.

However, the Transportation Trades Department of the AFL-CIO representing 37 labor organizations, says the waiver would put workers and the public at risk as the automated inspections are not a replacement for CCIs. TTD President Greg Regan said similar waiver requests were denied in 2014, 2017, and 2021 and expressed confidence that the FRA would continue its position and deny the request.

“This is a core safety issue, and it’s one that we think that FRA should continue to take the stand it has in the past,” Regan said in an interview with Trains News Wire. “…We absolutely agree there’s a way for the technology to augment and amplify the safety responsibilities of the workforce. We’ve embraced the use of technology … as a way to make our job safer and the way to improve the performance overall. It’s clear on the evidence, however, it’s not adequate as a safety replacement for the existing inspection.”

Regan noted that the technology doesn’t detect problems that don’t involve heat. He also said the detectors are subject to tampering.

“If we want to work on more ways to make inspections safer and enhance safety on the railroads, we’re all ears; we’re ready to do that,” Regan said. “The number one concern about our members is to make sure that they can do their job safely and that we can grow the railroads and make them a better economic force inside this country, and rehashing old ideas on waivers, I don’t think is a solution for that.”

The Association of American Railroads said in a statement to News Wire that it supports its members in their desire to use safety enhancing technology, such as wheel temperature detectors.

“Wayside detection identifies cars with ineffective brakes at a higher rate than a manually performed Intermediate Brake Test, resulting in the repair or replacement (or repair sooner) of thousands of freight car brakes than otherwise might have been identified under existing FRA regulations,” the AAR statement continued. “Importantly, all cars identified by a wheel temperature detector have already passed a manually performed FRA initial terminal brake test.”