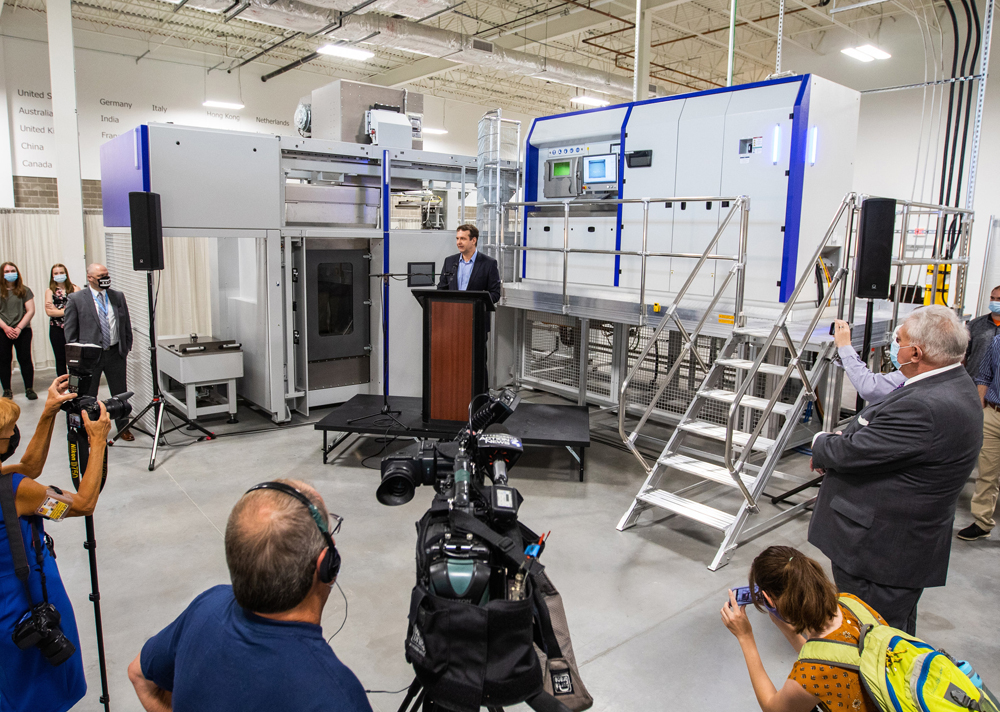 Wabtec has begun operations at Pittsburgh’s Neighborhood 91, becoming the first and anchor tenant for industrial complex devoted to additive manufacturing and 3D printing. The 11,000-square-foot facility will produce brake parts, heat sinks for locomotives, and other components. It is part of a company effort to produce up to 25,000 parts annually through additive production by 2025. “Advances in additive technology are changing the way we design and build the next generation of business-critical, sustainable products for our customers,” Eric Gebhardt, Wabtec’s Chief Technology Officer, said in a press release. “Neighborhood 91 and its one-of-a-kind additive ecosystem will help foster creative solutions to engineering challenges and breakthroughs in 3D printing. Our Neighborhood 91 facility and the other additive labs in Western Pennsylvania will accelerate new innovations that shrink lead times, reduce cost and increase reliability.”

The mayor of Schenectady, N.Y., and several advocacy groups are calling on New York’s Department of Transportation to restore Amtrak Empire Service to pre-pandemic levels. WAMC Radio reports Mayor Gary McCarthy called not only for the restoration of the previous schedule, but additional early and late service to and from New York City. Empire State Passengers Association President Gary Prophet said many of the current Empire Corridor trains are selling out; his organization was joined by the Saratoga Chamber and Schenectady Business Community in calling for existing Empire Service between Albany and New York City to be extended to Schenectady and Saratoga.

The Indiana Department of Transportation is preparing to begin a highway reconfiguration project in Gary, Ind., to create room for the South Shore Line’s Double Track project. The Times of Northwest Indiana reports the work on the junction of U.S. Routes 12 and 20 in Gary’s Miller neighborhood could begin as soon as Thursday, and should be done in September. It will allow for an expanded station and parking lots.