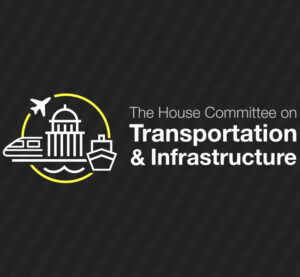 The House Committee on Transportation and Infrastructure has asked the head of the U.S. Government Accountability Office to investigate the impact of Precision Scheduled Railroading on shippers, Amtrak and commuter railroads, employees and others. In a letter earlier this week from committee chairman Peter DeFazio (D-Ore.) and Donald Payne Jr. (D-N.J.), chairman of the Subcommittee on Railroads, Pipelines, and Hazardous Materials, asked Comptroller General Gene Dodaro to, “at a minimum,” investigate 10 aspects of the impact of PSR. These include the safety and service impacts of longer trains, and of reduced workforces; elimination or downsizing of yards and maintenance facilities; changes in dispatching practices; on-time performance of passenger trains; quality, availability and reliability of service to shippers; and increases in demurrage or other charges. “Longer trains, unhappy shippers, and a workforce pushed to do more with less is not a model to chase after — unless you’re on Wall Street,” DeFazio said in a press release. “ But we can’t let hedge fund managers write the rules of railroading.” The complete letter is available here.

Equipment from EMD’s long-time La Grange, Ill., manufacturing plant will be sold in a four-day auction beginning this Tuesday, May 18, Perfection Industrial Sales, which is conducting the sale, calls it an “unprecedented opportunity” featuring a complete machine shop and welding department, pools, paint equipment, and many other items. Information is available here. The plant — usually referred to as being in La Grange, Ill., but with a McCook, Ill., address, dates to 1937. Progress Rail, which uses its Muncie, Ind., plant as the primary locomotive construction site, ended the last manufacturing at La Grange at the end of March [see “Progress Rail ends manufacturing at La Grange …,” Trains News Wire, April 1, 2021.] Engineering and administrative offices in La Grange remain open.

The 112-year-old East Des Moines, Iowa, Union Station — once used by 16 railroads, but badly deteriorated after later being turned into a cold-storage facility — has reopened after a $4 million renovation. The Des Moines Register reports the building, last used as a passenger facility in 1950, has been restored by the Des Moines Heritage Trust as its headquarters, and in connection with an adjacent new 400-person events center. After its service as a passenger station was done, the Wabash Railroad bricked over the building’s windows, built an adjacent storage structure, and added 4 feet of sand, gravel, and concrete to level the floor for loading and unloading trucks. The heritage group used the original blueprints to restore the building and plans to install interactive displays showcasing Des Moines history.