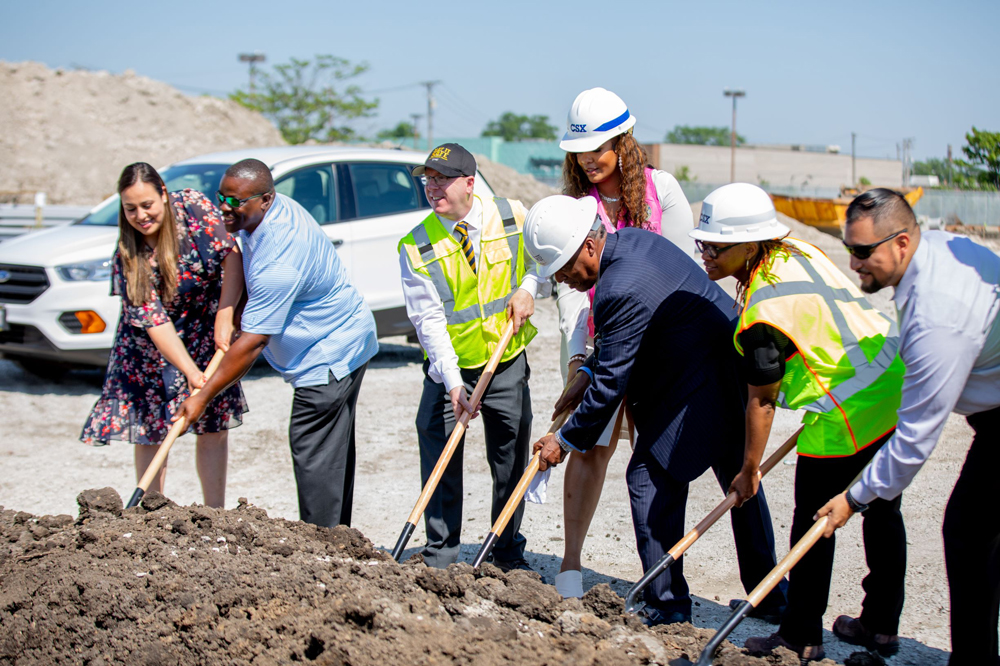 CHICAGO — CSX Transportation has begun work on expansion of its Chicago intermodal facilities, breaking ground earlier this week on a container storage facility at 63rd Street in the city’s Englewood neighborhood.

When completed, the project, projected to cost more than $25 million, will provide additional storage for the railroad’s 59th Street and Bedford Park terminals. It is expected to be in operation this September.

“We are investing in Chicago’s Englewood community to transform a former industrial site into a modern container storage facility,” Tee Stribling, senior terminal manager with CSX, said in a press release. “CSX has been a part of this neighborhood for more than 20 years and we are excited to bring more jobs and business opportunities to local residents.” The railroad credited Stephanie Coleman, alderman for Chicago’s 16th Ward, for playing a significant role in the project.

“We are grateful for the partnership with CSX and its team,” Coleman said. “I believe this development will have a positive effect and will encourage other private-sector entities to consider Englewood for business investment.”