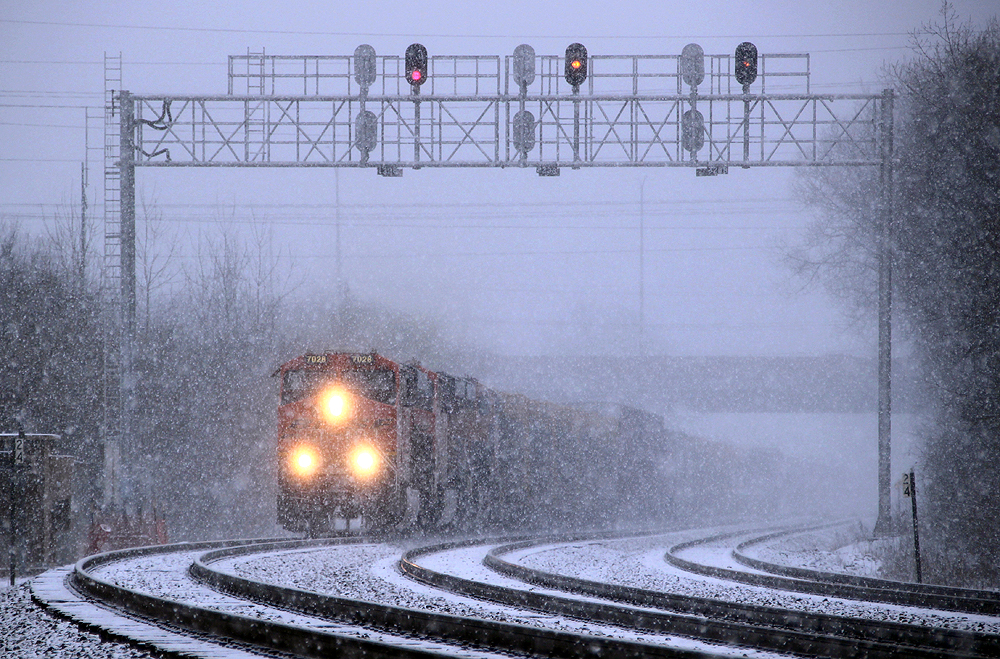 “The facts are undeniable. Freight service in the United States of America … is abysmal,” said Rep. Peter DeFazio, the Oregon Democrat who chairs the House Transportation and Infrastructure Committee.

DeFazio said the STB, which held a two-day hearing on rail service last month, was moving too slowly as shippers and the economy suffer from poor rail service. The STB needs to act quickly and decisively to fix the crisis or Congress will have to step in with new regulations, he told the five members of the STB.

The board members were on hand at the hearing that was called regarding Surface Transportation Board reauthorization but instead focused much more on what can be done to improve Class I railroad service.

STB Chairman Martin J. Oberman told the subcommittee on railroads, pipelines, and hazardous materials that rail service problems are due to a shortage of rail labor. And the cause of the labor shortage, he says, is a massive wave of layoffs of train and engine crews and other rail workers over the past six years.

Wall Street demands for higher profits have prompted the railroads to cut resources so deeply – including crews, locomotives, and yards – that there was no cushion left to respond to a crisis like the pandemic or severe weather, Oberman says.

“The problems in the railroad industry are self-inflicted,” he says.

The STB last week ordered the railroads to provide more service and staffing data, submit service recovery plans, and explain what they are doing to speed up their networks. Last month the board sought to expand its powers to issue emergency service orders in specific cases. And the board also hopes to issue decisions this fall on two ways shippers can challenge rates, Oberman says, followed by a decision to expand reciprocal switching.

Some members of the committee, leery of new regulatory burdens on the rail industry, asked if STB actions might make matters worse instead of better. “The supply chain has been so bollixed up by the railroads that anything we can do I think would only improve the situation,” Oberman says.

DeFazio asked if railroads’ common carrier obligation to provide service upon reasonable request needs to be further defined. “Is the common carrier language too vague to prevent these reductions in service? Because we can redefine what it means,” DeFazio says.

Oberman says the STB has the authority to define the common carrier obligation more specifically but has struggled to come up with workable language that would apply broadly and be enforceable in court.

“When I hear you hope to get something done by the end of the year, that doesn’t help me much here. I feel much more of a sense of urgency,” DeFazio says.

Oberman said the board would welcome working with the committee on drafting a tighter common carrier definition.

DeFazio was critical of Class I railroads’ multibillion-dollar stock buyback programs and dividend increases. “Can you suggest something we can [do to] deal with this egregious behavior by these people,” DeFazio asked STB member Robert Primus.

Primus said he shares DeFazio’s concerns, noting that the publicly traded Class I systems are returning more money to shareholders in the form of buybacks and dividends than they are spending to maintain and expand their networks. “There has to be a refocus of priorities,” Primus said.

But Oberman said that telling Wall Street how to behave is beyond the board’s mandate.

Oberman suggested that service standards could be made part of common carrier obligation. “To me the way to go is to change the incentives and not try to micromanage how they operate the actual railroad,” he explained.

Some of the Democrats on the committee, including DeFazio, were highly critical of Precision Scheduled Railroading, which has led to significant reductions in rail employment since 2017.