Top speed would make train the fastest ground transportation in world; no lines for it to operate currently exist 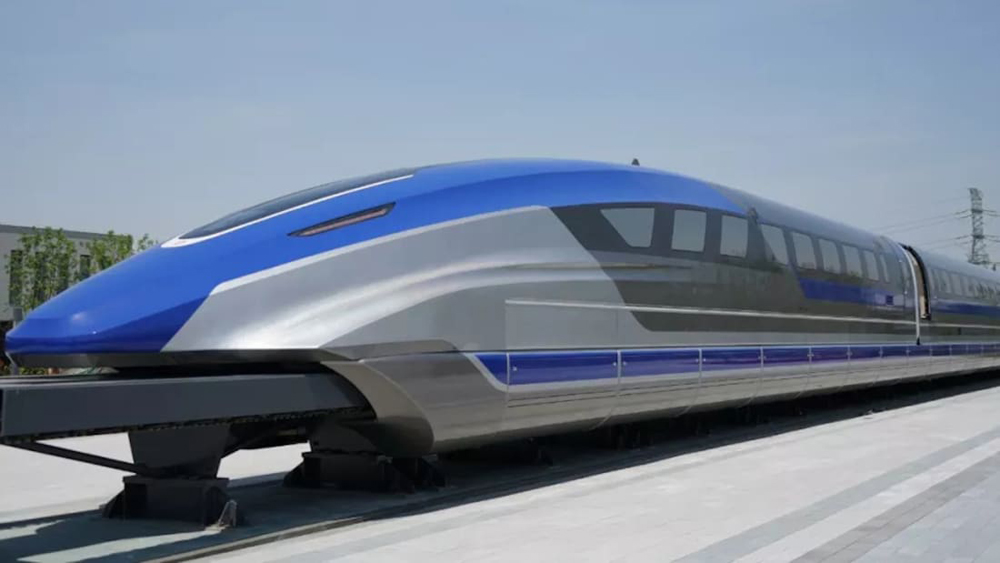 QINGDAO, China — Rail manufacturer CRRC has built its first maglev train, capable of a top speed of 600 kilometers per hour (373 mph). The train was unveiled this morning in the coastal city of Qingdao.

Reuters reports the top speed would make the Chinese train the world’s fastest ground transportation, and could make possible a Beijing-Shanghai trip of 620 miles possible in 2½ hours — faster than airplane (3 hours) or high-speed rail (5.5 hours).  However, no long-distance rail lines currently exist for the train, which uses electro-magnetic force to allow the train to travel with no physical contact between the train and rail. Shanghai does have a short line operating between the city and an airport.

State-run news agency Xinhua reports a five-car train has been operating on a test track at CRRC’s factory, and quoted CRRC as saying the train “demonstrates that the country has mastered a complete set of high-speed maglev train engineering technologies, including system integration, vehicle production, traction power supply, rail trails, and transport control and communication.”