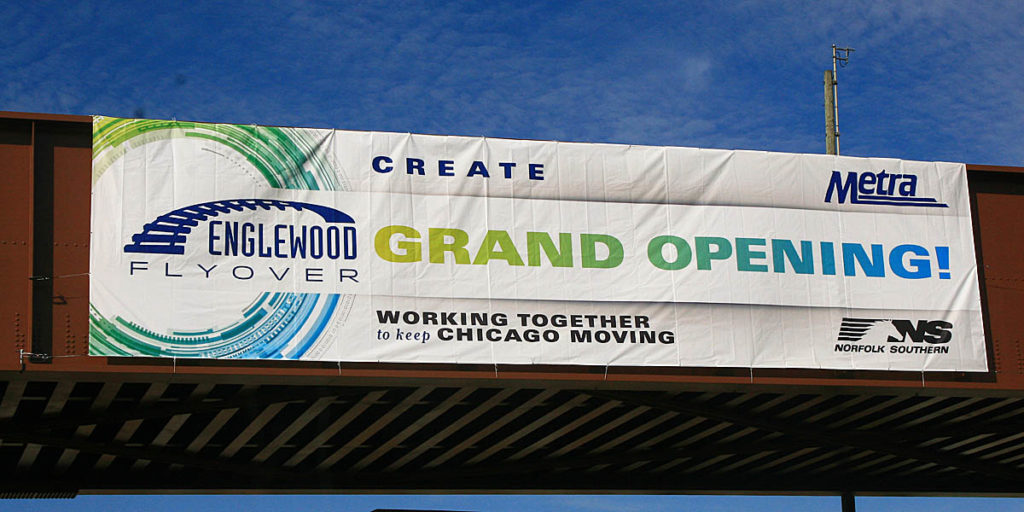 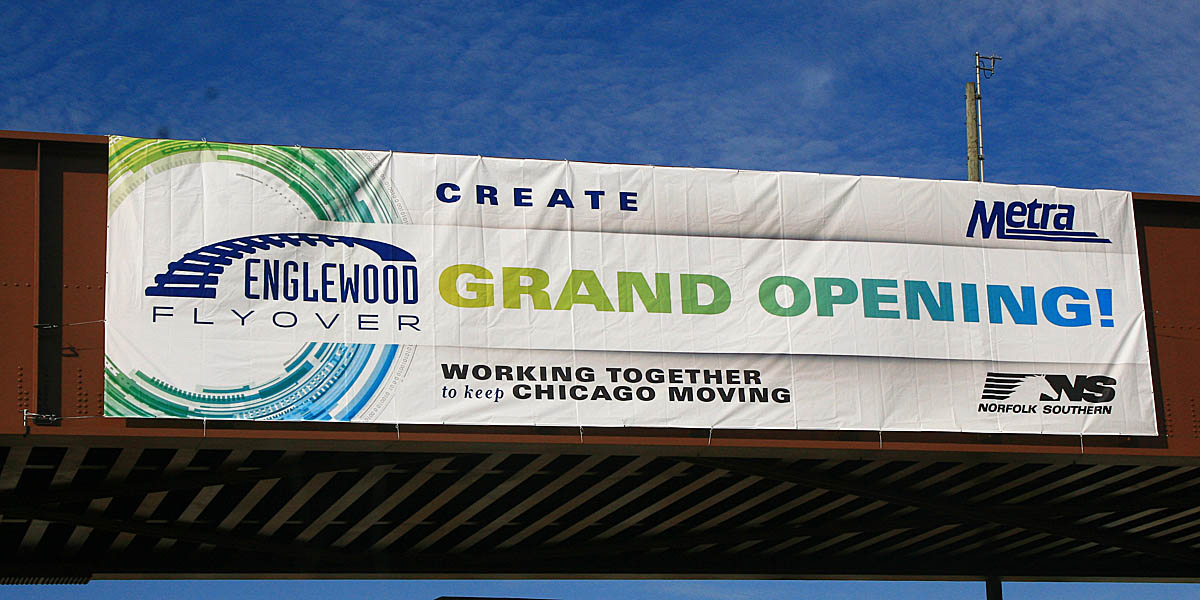 A banner on the bridge marks the opening.
Bob Johnston
CHICAGO – The westbound Lake Shore Limited was just a little more than an hour late when it charged past the crowd of politicians and railroad officials lining up to cut the ribbon Thursday. The ceremony would officially open a $142 million grade separation of Metra Rock Island District trains rising over Norfolk Southern and Amtrak trains below.

Metra trains have been using the Englewood Flyover bridge for some time, and no clatter accompanied the passing Lake Shore and other Amtrak trains, as it had for more than a century at the former site of Englewood Union Station. Crossing diamonds and intersecting rails at ground level have all been removed except for the track on which a Norfolk Southern locomotive was parked for the morning’s events. A Metra train posed on the bridge, as one did when an official publicity photo was taken on Sept. 18.

The project is an important component of the Chicago Region Environmental and Transportation Efficiency public-private-partnership program, known as CREATE, to increase rail service fluidity, but is especially crucial in reducing congestion on Norfolk Southern’s main line east to Elkhart, Ind., and beyond. 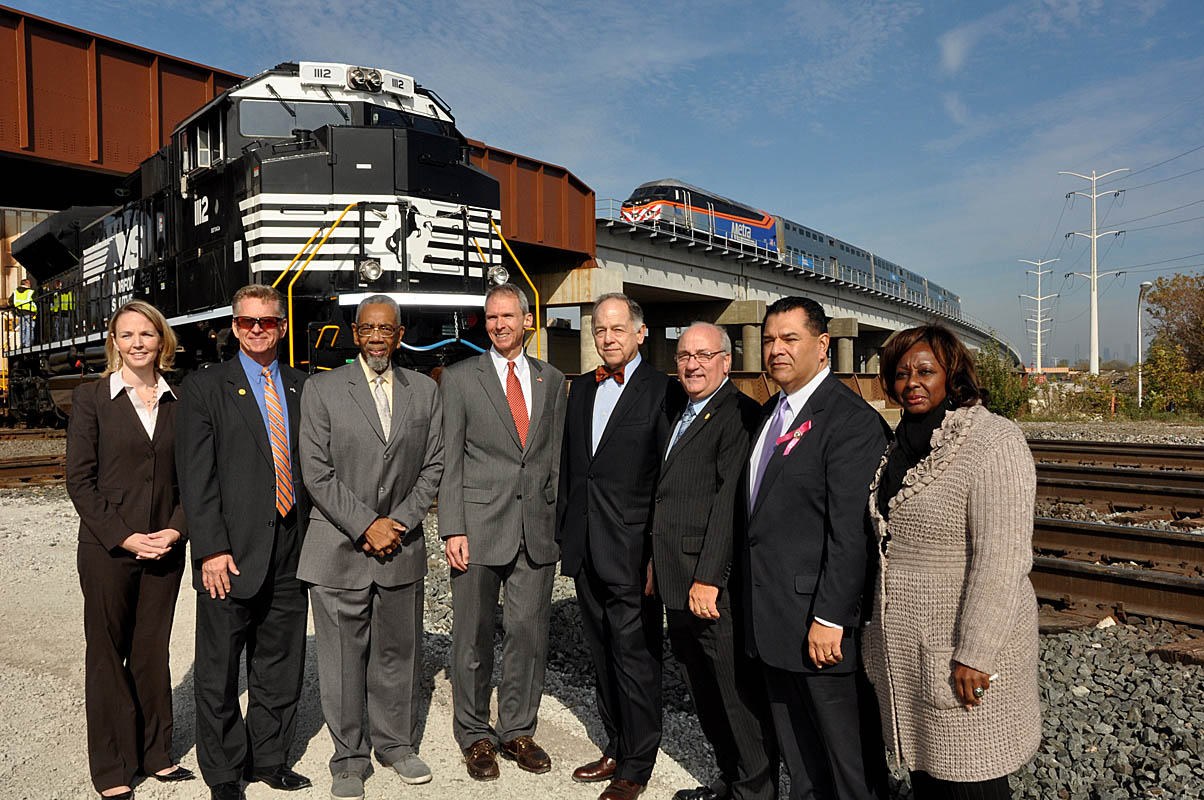 State and local officials mark the occasion in front of the locomotives.
Mark Llanuza
Federal Railroad Administrator Joe Szabo told the crowd that “the 150 trains a day passing through this junction is reason enough to build it today, but it’s important to note that this project also provides for future growth: potentially one more Metra track overhead and room for two additional Norfolk Southern tracks below to allow much needed capacity.”

He added, “To successfully move 100 million more people and 4 billion tons of freight in the next two decades, America needs dedicated, predictable funding for rail, providing the same certainty that other transportation modes now enjoy.”

More than 88 percent of the spending on the Englewood Flyover came from a one-time infusion of American Recovery and Reinvestment Act High Speed Rail “economic stimulus” funds administered through Szabo’s agency. Congress has refused to appropriate any additional money for that program for the past two years.

With completion of the Flyover, an additional congestion relief project at 75th Street that will divert Metra Southwest Service trains to the ex-Rock Island tracks here and into Metra’s LaSalle Street Station from Union Station can now proceed. To the east at Grand Crossing, engineering studies continue to explore reopening a connection once used by empty Nickel Plate passenger equipment moves that would enable Amtrak trains destined to and from points south of Chicago to directly connect with Canadian National tracks. But funding for those initiatives has yet to be identified.