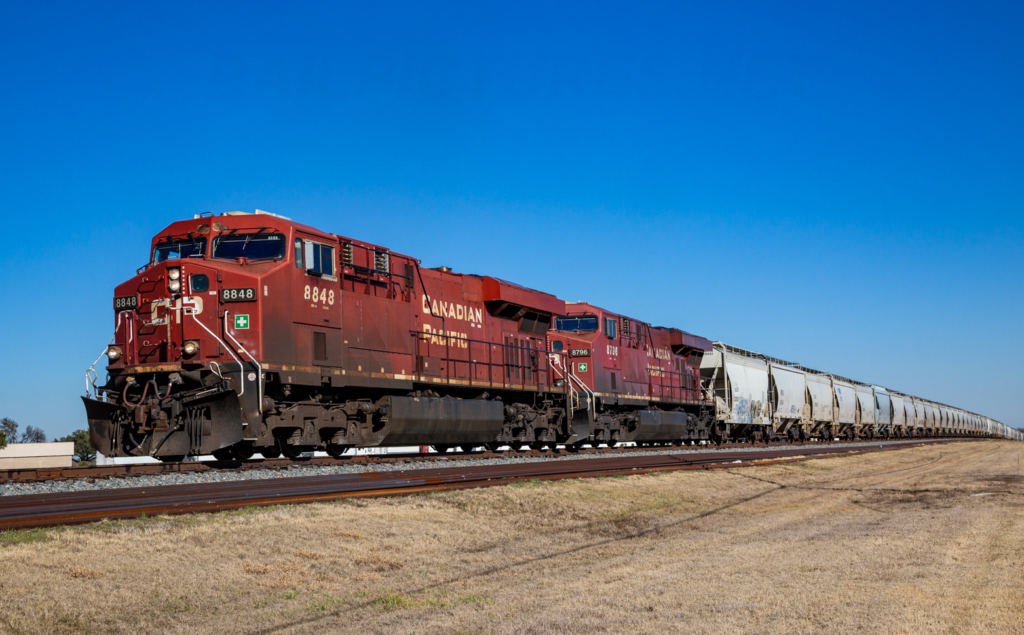 CHARLESTON, W.Va. — West Texas Intermediate oil has eclipsed $100 a barrel in recent days, a substantial comeback from the record-low, negative-$37.00-per-barrel price during the onset of the COVID-19 pandemic in April 2020. Oil’s rally, driven by a recovering economy and exacerbated by the Russian-Ukraine War is pressuring U.S. oil companies to increase shale production. This has oil producers seeking more sand used in hydraulic fracking.

Frac sand has historically been sourced from Wisconsin and other Upper Midwest states, accounting for 70% of the silica “white sand” used in oil and gas fracking operations. It is typically hauled by railroads in unit-train and manifest service to the Permian region of West Texas, and to a lesser extent, the Utica and Marcellus shale regions. In recent years, suppliers have migrated to a lower-cost in-basin sand, known as “brown sand” that is closer to Permian oil and gas operations and therefore cheaper to transport. In-basin sand is moved by truck, helping producers’ production logistics and bottom lines.

Oil producers and suppliers are accustomed to the volatile boom and bust of energy markets, but like many industries affected by the coronavirus, sand suppliers are struggling to keep pace with fewer people working in the mines and a shortage of truck drivers. Tight supply is hurting growth in shale production at a time when domestic demand is strong.

A Reuters article on Feb. 15, citing an oil and gas executive, reported that Tall City Exploration, a Permian oil and gas company, was looking at bringing in sand by rail due to its operations being hindered due to limited sand supply. Another executive noted that West Texas rail frac sand depots were busy, while local mines were out of supply. This was nine days before the start of the war in Ukraine put more pressure on the industry.

If limited inventories of in-basin sand and a shortage of truck drivers persist, companies may have no choice but to lean more on rail-dependent sand from the Upper Midwest, which could lift Class I railroads’ carloads.

According to the Association of American Railroads, carloads of non-metallic minerals, which includes sand as well as crushed stone and gravel, are up 17% year-over-year. Six of the seven Class I railroads have seen a rise in the commodity group, led by Kansas City Southern, up 47%. Union Pacific is up 37%, and BNSF Railway up 25%. In the East, CSX Transportation and Norfolk Southern, which serve the Marcellus and Utica shale regions, are both up 7% year-over-year.

Oil prices are now 105% higher than before the pandemic. If oil prices remain elevated at these high prices, it’s possible that energy companies will be able to absorb the cost of moving sand-by-rail from the Midwest as a temporary solution until in-basin sand issues are corrected. And this isn’t to say railroads may not look at what opportunities exist for a short-haul play in moving in-basin sand.