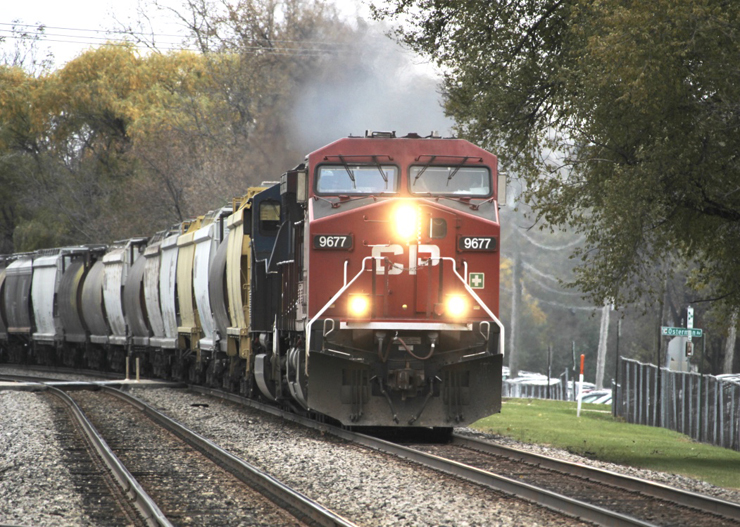 CALGARY, Alberta — Canadian Pacific and the Teamsters Canada Rail Conference have agreed to take their contract dispute to binding arbitration, ending the shutdown of the railroad in Canada that began at 12:01 a.m. EDT on Sunday.

The agreement will allow the railroad to resume operations in Canada today (Tuesday, March 22, 2022) after a 60-hour halt.

The union represents about 3,000 engineers, conductors, other crew members, and yard personnel. This was the fourth straight negotiation between the railroad and Teamsters Canada Rail Conference to result in a work stoppage.

“CP is pleased to have reached agreement with the TCRC Negotiating Committee to enter into binding arbitration and end this work stoppage,” CP CEO Keith Creel said in a press release. “This agreement enables us to return to work effective noon Tuesday local time to resume our essential services for our customers and the North American supply chain.” The railroad thanked the Canadian Federal Conciliation and Mediation Services for what it called “critical work” during the negotiation.

“The decision to agree to final and binding arbitration is not taken lightly,” union spokesman Dave Fulton said in a brief statement. “While arbitration is not the preferred method, we were able to negotiate terms and conditions that were in the best interest of our members.” The union said it would have no further comment until arbitration is complete.

Each side blamed the other for the work stoppage that began Sunday, with the union saying it had been locked out and the railroad saying the union “withdrew its services” [see “Canadian Pacific shutdown begins …,” Trains News Wire, March 20, 2022]. However, the sides had continued to talk with the involvement of federal mediators.

Seamus O’Regan, Canada’s minister of labor, had remained on hand during the talks, while Canadian agriculture and industry group pressured the federal government to introduce back-to-work legislation to end the strike.

“This outcome is further evidence that when employers and unions work together, we get the best results for Canadians and the economy,” O’Regan said in a statement. “I congratulate the parties for staying at the table and coming to a resolution with the help of federal mediators.”