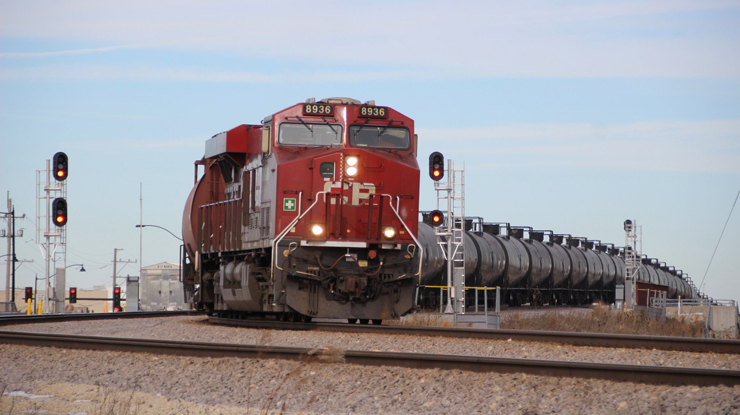 “Behind those numbers obviously is a very impressive operating performance,” CEO Keith Creel says, rattling off a list of key metrics that improved, including train length and weight and car-miles per day.

CP also turned in a record safety performance, with a 34% decline in its employee personal injury rate and a 70% decline in its train accident rate. “This is only obtainable with the right safety culture,” Creel says.

CP reported on Wednesday that second quarter operating income rose 6%, to $820 million, as revenue increased 15% to a record $2 billion. Earnings per share, adjusted for one-time merger-related costs, rose 27% to a record $1.03.

On time performance, measured by trip-plan compliance, was above 80% and continues to improve, Creel says.

Overall volume, compared to the pandemic-affected second quarter of a year ago, was up 15% on a carload basis or 9% when measured by revenue ton-miles, the preferred metric of the Canadian railways. Volume for every commodity was up with the exception of potash.

Chief Marketing Officer John Brooks expects the strong volume growth to continue well into 2022, particularly as retailers look to keep up with consumer demand and restock their depleted store and warehouse inventories. “We expect [the] robust demand environment to continue as economies around the world continue to recover,” he says.

Also helping to boost CP’s volumes in the months ahead: The railway has won the contract to handle COSCO and OOCL international intermodal traffic from the ports of Vancouver and Montreal. The deal is worth $100 million annually, Brooks says.

Creel, in response to an analyst question, says CP remains ready to restart merger talks with Kansas City Southern if U.S. federal regulators reject Canadian National’s request to put KCS into a voting trust as a first step in their merger process.