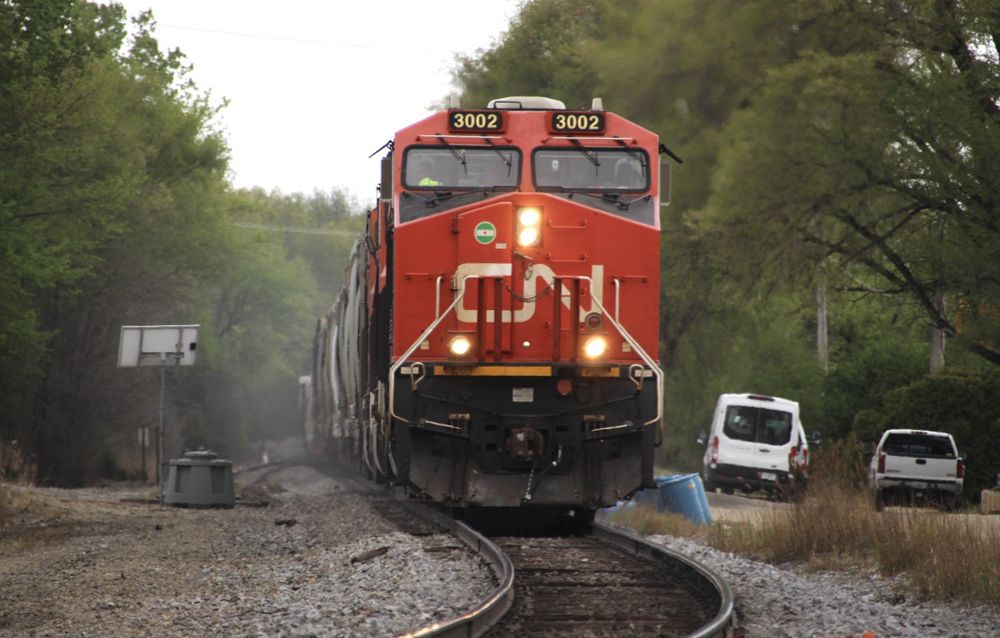 MONTREAL — Canadian National met all of its financial targets for 2022, but the railway issued a cautious outlook for this year with the expectation of a mild recession and soft traffic volumes.

“Without a doubt we are in an uncertain economic time,” CEO Tracy Robinson told investors and analysts on CN’s earnings call on Tuesday afternoon.

Like Union Pacific earlier today, CN expects its volume to outperform North American industrial production this year – but the key economic indicator is expected to decline by 0.5% as the economy slows.

CN said its bulk traffic, including grain and coal, should remain strong through the first half of this year and cushion the blow of declines in virtually every other major traffic segment.

“We’ll perform well this year regardless of volumes, and we will position ourselves for the upswing when it comes,” Robinson says.

CN’s key operating metrics improved during the quarter. CN’s trains departed on schedule 85% of the time, up 10% from a year ago as the railway focused on running to the operating plan, Chief Operating Officer Ed Harris says.

Velocity, measured by car-miles per day, increased 10%, to 207 miles per day. CN’s safety metrics also improved, with the injury rate down 34% and the train accident rate down by 13%.

Quarterly volume was up 6% on a revenue ton-mile basis, or 2.4% on a carload basis.