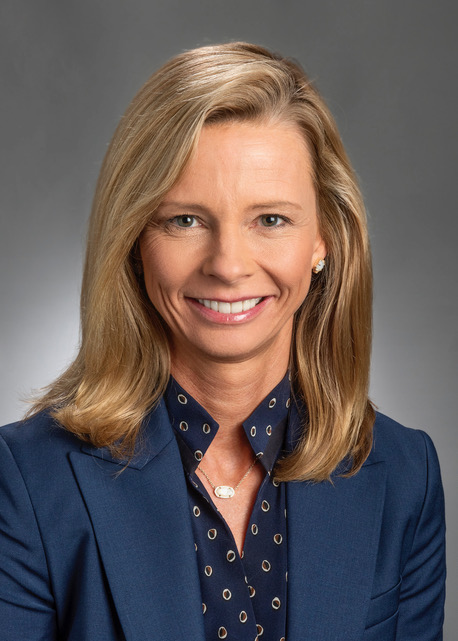 Farmer, who has been BNSF’s executive vice president operations since 2018, will become the first woman to lead a Class I railroad. She will replace Carl R. Ice, who will retire at the end of 2020 after spending seven years at the helm.

Farmer, 50, has spent her entire career with the railroad. She was an intern in the Burlington Northern engineering department during her junior year at Texas Christian University, and worked for BN during her senior year. After graduation she was hired as a management trainee in BN’s network operations center in 1992.

“I am humbled and honored to be asked to lead this incredible company and its dedicated employees – men and women that I have worked alongside for almost 30 years,” Farmer said in a statement. “We are well-positioned in our approach to safety and meeting our customers’ expectations while having the necessary capacity to grow with our customers. BNSF has long been a cost leader and we will ensure that continues into the future. I look forward to continuing BNSF’s success.”

“BNSF has been a mystery of late, seemingly hiding behind Berkshire’s broad shoulders, but this is one piece of news that was straight and consistent from the beginning — Katie Farmer to be the CEO,” says independent analyst Anthony B. Hatch.

“Katie will do a great job,” Hatch adds.

The announcement of Farmer’s promotion comes six months after another transportation company, UPS, named Carol Tome as its new chief executive, and less than a week after Citi named Jane Fraser its chief executive, a first for a Wall Street bank.

Ice has been with BNSF and its predecessors for 42 years. In 1995, he led a team that orchestrated the merger and subsequent integration of Burlington Northern and Santa Fe Railway. Since then, he has helped lead the company into what’s become the largest Class I railroad in North America by revenue and volume.

“Katie and I have been working toward this plan for a long time,” Ice said in a statement. “Katie has held many different roles at BNSF with an ever-increasing impact with each new role as she has built trust and confidence throughout BNSF. I am pleased for Katie and the organization knowing BNSF’s future is in good hands. Katie is a shining example of BNSF’s leadership model and BNSF will continue to build upon its legacy.”

BNSF is a unit of Berkshire Hathaway. Berkshire Chairman and CEO Warren Buffett said in a statement: “We look forward to Katie’s leadership and more success. She possesses all of the qualities that make us excited about the future.”

2 thoughts on “BNSF names Kathryn Farmer as its next CEO”