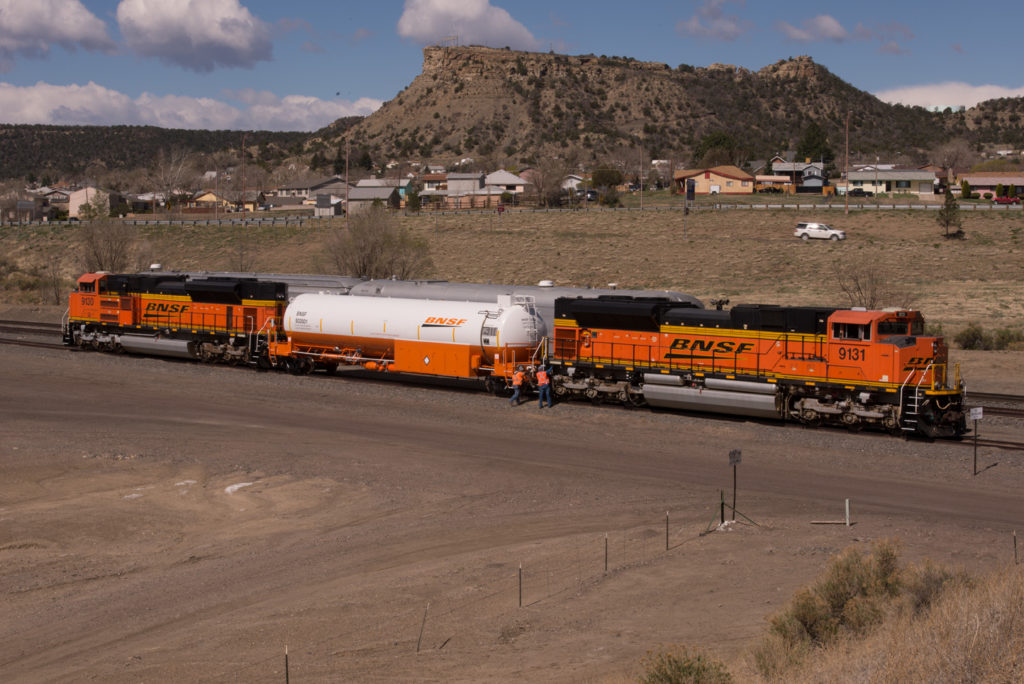 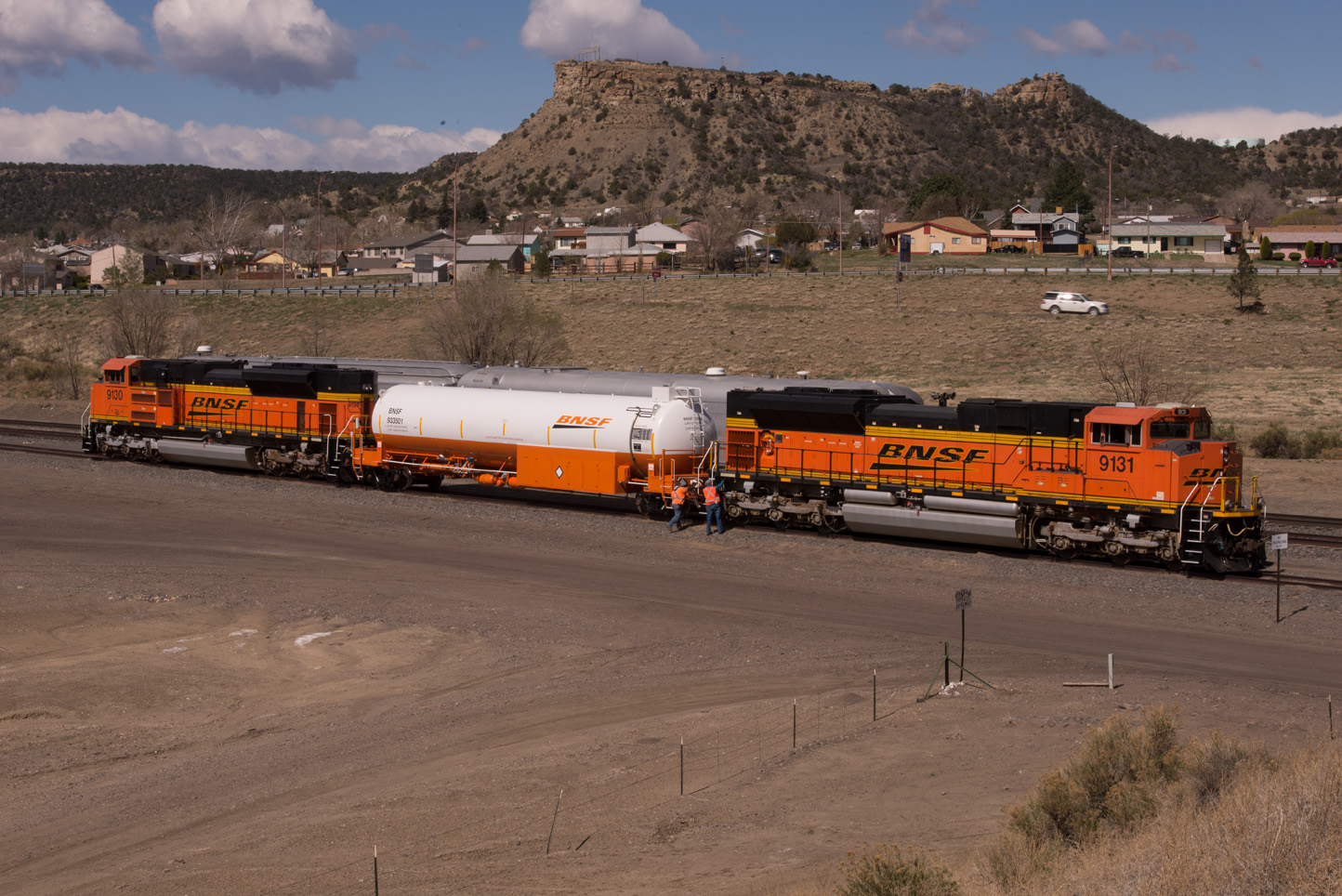 BNSF LNG test locomotive No. 9131, an EMD SD70ACe, is one of two engines being moved by the railroad to the upper Midwest for cold-weather testing. No. 9131 is shown with sister engine 9130 and a fuel tender at Trinidad, Colo., in 2014.
Chip Sherman

MINNEAPOLIS – BNSF is shifting its Liquefied Natural Gas testing from the desert Southwest to the upper Midwest this month. The location change will test the LNG system while operating in a cold environment. Previously, BNSF had been testing LNG on locals based out of Barstow, Calif., using both EMD and GE modified locomotives.

The test set departed Barstow Wednesday on a Barstow to Galesburg manifest train on the first leg of its journey. Behind the four-unit road consist is LNG locomotives Nos. 5815, 9131, and tender 933501. Accompanying the LNG test set is BNSF test cars Nos. 82 and 83. BNSF plans to perform testing between Northtown yard in Minneapolis and Superior, Wis..

BNSF has three locomotives converted to LNG along with two modified LNG fuel tenders. BNSF SD70ACe’s Nos. 9130 and 9131 along with ES44AC No. 5815 are modified with a low-pressure LNG systems designed to operate using a LNG/diesel mix or 100-percent diesel if needed. General Electric NextFuel LNG-equipped ES44AC No. 3000 was also part of earlier tests in the Barstow area before moving to Southwest Research Institute in San Antonio for emissions testing late last year.

BNSF is currently moving SD70ACe No. 9130 and tender No. 933500 from Barstow to Topeka since they are not needed for the current round of testing. 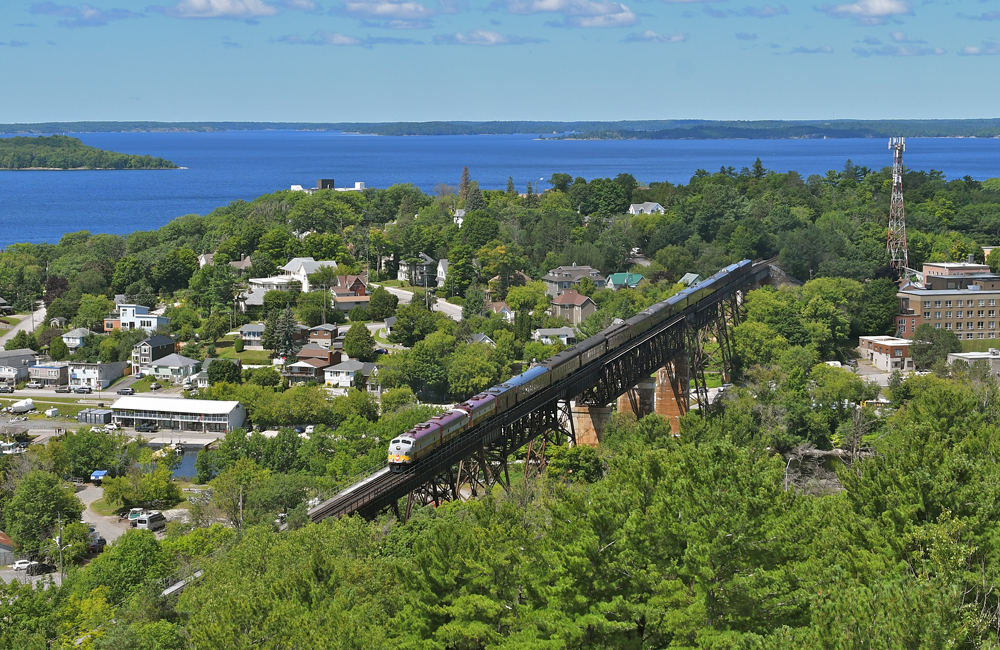