Majority of domestic coal traffic is for power plants, a target of climate-change efforts 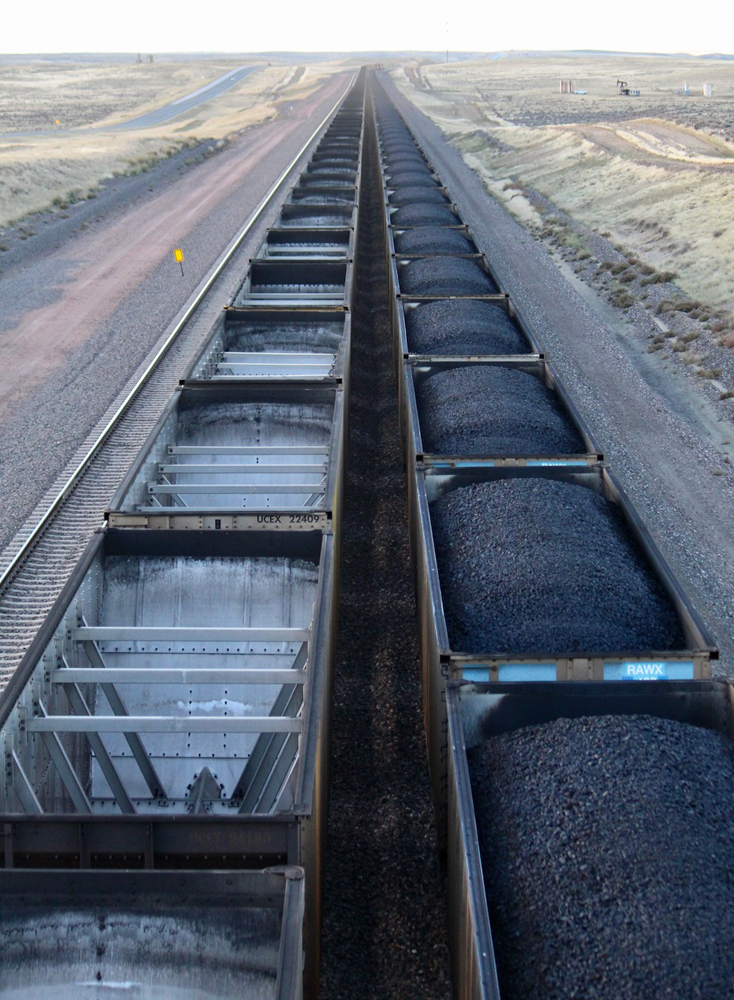 The Biden administration’s proposal to eliminate carbon emissions from electricity generation by 2035, if approved by Congress, would add to railroads’ coal traffic blues. President Joe Biden on Wednesday unveiled his $2 trillion infrastructure plan, which includes the proposal to wean electricity producers from fossil fuels as a way to fight climate change. About 92% of the coal consumed in the U.S. is used to generate electricity, according to the U.S. Energy Information Administration, and railroads haul the vast majority of that coal from mines to power plants. Railroads’ coal traffic has been declining for the past decade as low-cost natural gas and renewable energy projects have pushed coal aside as a source for generating electricity. Coal generated less than 20% of U.S. electricity last year, down from 48% in 2008, according to the EIA. 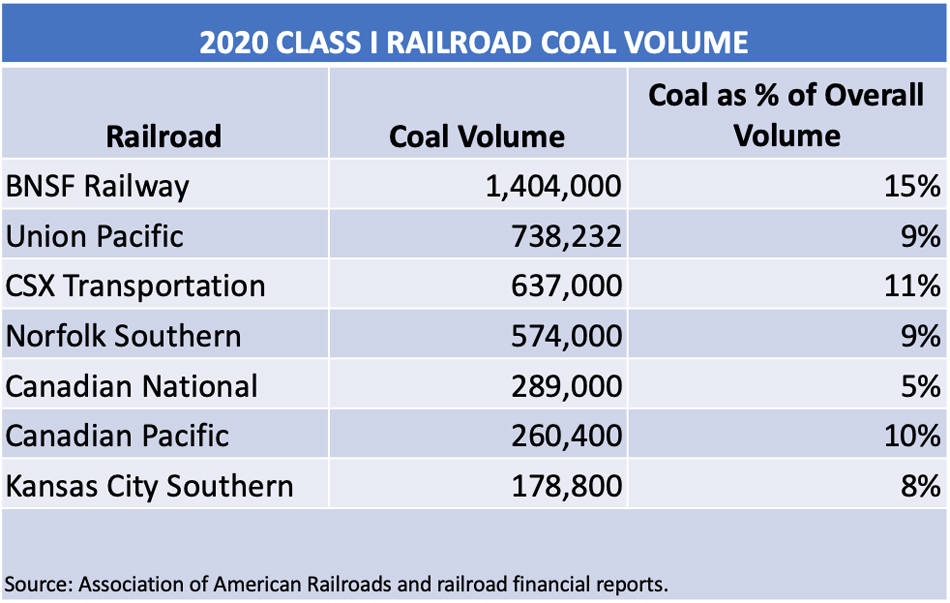 Despite these trends, coal still accounted for 12% of total U.S. rail volume last year, according to data from the Association of American Railroads. Coal was the largest single carload commodity that U.S. Class I railroads hauled in 2020, AAR data show. And coal brought in about $7 billion in revenue for the seven Class I railroads last year, according to a review of railroads’ financial statements. Not all of that revenue came from coal delivered to U.S. utilities: Railroads also carry coal used in domestic steelmaking, and move coal to tidewater for export, to be used in foreign power plants and steel mills. But domestic power use is far and away the lion’s share of coal traffic in the U.S. The handwriting was already on the wall for coal-fired power generation, says Rob Godby, an economics professor who is deputy director of the University of Wyoming’s Center for Energy Regulation and Policy. The Biden plan would simply accelerate the decline of coal that has been under way for a decade, he says. Biden’s infrastructure bill would extend tax incentives for renewable energy for another decade while making power grid investments to support greater use of wind and solar power. And that, Godby says, will make it even tougher for coal to compete on an economic basis. “The bottom line is if this were to happen, you could say the Powder River Basin would almost entirely be shut down,” Godby says, referring to the coal fields that extend across northeastern Wyoming and into neighboring Montana. BNSF Railway and Union Pacific serve the Powder River Basin, which produces nearly half of the coal mined in the U.S. Already many renewable energy projects provide electricity more cheaply than coal, even without subsidies, Godby says. Transportation costs, meanwhile, can amount to three quarters of the delivered cost of coal to a power plant, he says. Those trends have led to coal producers seeking to sell their mines in the Powder River Basin. Last month Arch Resources announced it would shut down its Coal Creek mine in Wyoming in 2022. Arch also plans to trim production at its nearby Black Thunder Mine, the second-largest in the U.S. Biden’s infrastructure plan does include funding for up to 10 power plant carbon capture demonstration projects, Godby says. In order to become commercially viable, carbon capture would require technology and cost breakthroughs as well as the development of markets for carbon dioxide use, Godby says. Regardless of whether the Biden plan is ultimately approved, Godby expects coal to supply very little of the nation’s power by 2035. “Demand that will exist then will be a shadow of itself now,” he says.

20 thoughts on “Biden infrastructure plan may hasten decline of coal”