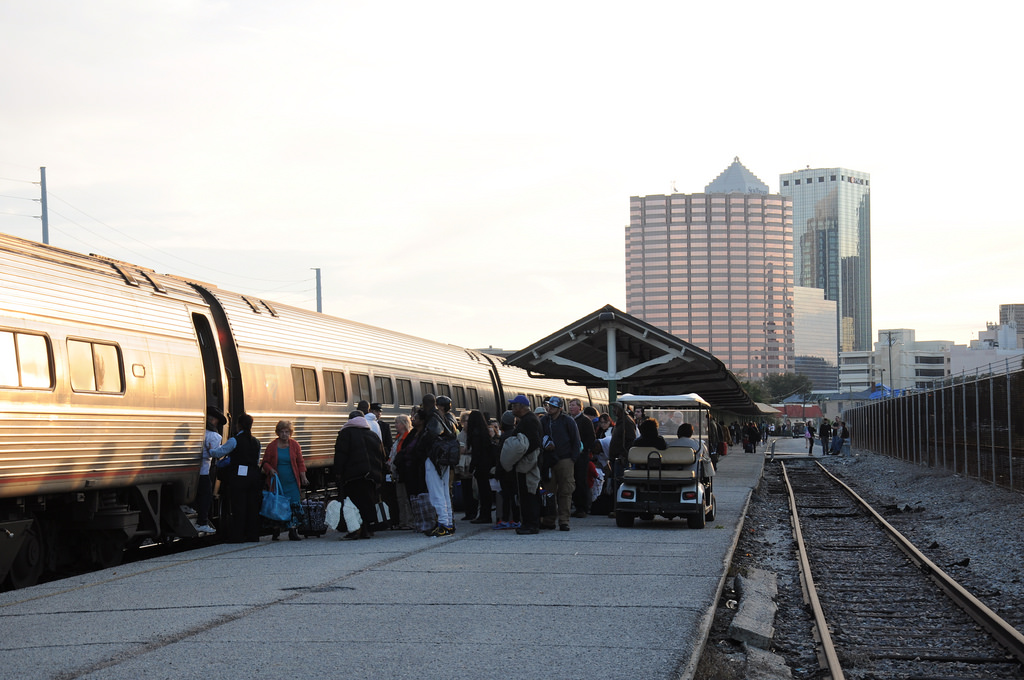 The northbound ‘Silver Star’ pauses for passengers at Tampa in January 2015.
Brian Schmidt
WASHINGTON – Amtrak will now sell sleeping car accommodations on its Silver Star between New York and Miami without included dining car meals. Traditionally, Amtrak has bundled the cost of dining car meals into its charge for the sleeping car.

Under this pilot program, these costs will be “unbundled” to allow passengers to travel at a lower cost between the northeast, mid-Atlantic and Florida. The trial program runs from July 1 to Jan. 31, 2016, on Nos. 91 and 92.

Additionally, all food service will be provided in a café/lounge car instead of a full dining car.

“Customers have been clear they want more options,” says Mark Murphy, Amtrak senior vice president and general manager responsible for the long-distance trains nationally. “From this summer through early next year, passengers will be able to opt for different service levels between our two daily trains to Orlando and Miami.

“We are excited to be able to offer our customers real choice and value,” Murphy adds. “And now this route allows you to choose between two services – sleeping cars with a traditional dining car and sleeping cars where you can choose your own meal options.”

Fare reductions during this trial on the Silver Star schedule are between 25 and 28 percent for bedrooms and roomettes. For example, the charge is about $140 lower for a bedroom and $65 lower for a roomette than previously between New York City and Miami.