Work on landmark structure to begin in 2022 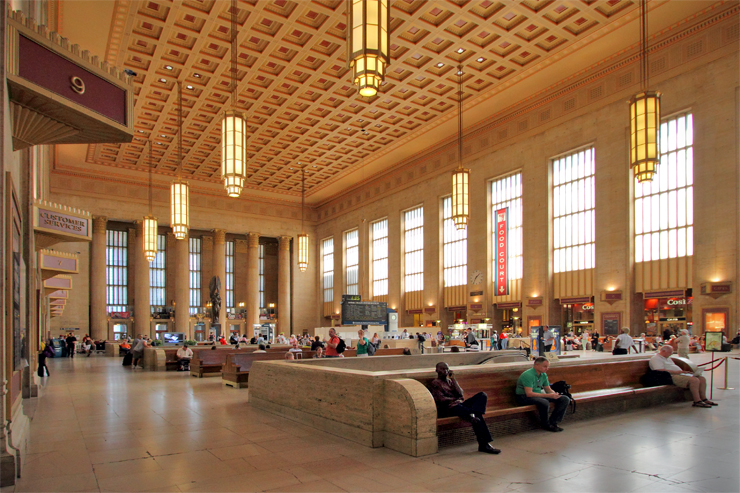 PHILADELPHIA — Amtrak has reached agreement with developer Plenary Infrastructure Philadelphia on a lease and development agreement for restoration and renovation of its main station in Philadelphia, the William H. Gray III 30th Street Station.

Under the agreement, Plenary will refurbish and improve the nearly century-old building, finance the improvements, and maintain the station for 50 years. Plans include expanded retail facilities, renovation of the office space in the station’s upper levels, modernization of back-of-house facilities to accommodate projected ridership increases, and bringing the station into an overall state of good repair while “celebrating and enhancing” the facility’s Neoclassical and Art Deco design.

“This important milestone in the Gray 30th Street Station redevelopment project is part of Amtrak’s overall strategy to enhance the customer experience and operations at our major stations,” Dennis Newman, Amtrak executive vice president of planning and asset development, said in a press release.  “The scope of this work will transform this historic Philadelphia landmark into a modern world-class station with superior amenities, better intermodal connectivity and new customer-facing improvements over the next five years.”

Construction is scheduled to begin in 2022 and be completed in 2025.

“On behalf of the Plenary Infrastructure Philadelphia team, we’re delighted to have reached financial close on the Gray 30th Street Station Redevelopment Project. We look forward to our long-term partnership with Amtrak and ensuring an improved customer experience for travelers and visitors to this historic station,” said Dale Bonner, Executive Chairman of Plenary Concessions Americas.

The eight-story station was built between 1929 and 1933 by the Pennsylvania Railroad, and his been listed on the National Register of Historic Places since 1978. It last underwent renovation by Amtrak between 1988 and 1991, a $75 million project that included repairs to two notable art works, the bas-relief The Spirit of Transportation and the Pennsylvania Railroad War Memorial.

In 2014, the U.S. Congress passed a law renaming the station for former U.S. Rep. William Herbert Gray III, who represented Pennsylvania from 1979 to 1991. A detailed look at the station is available at Amtrak’s Great American Stations website.