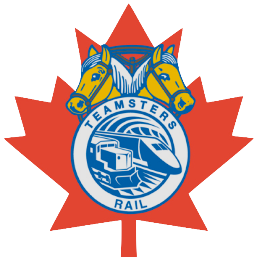 MONTREAL — Conductors, train persons, and yard workers have ratified a new three-year labor agreement with Canadian National, two months after walking off the job for a week.

On Friday, the Teamsters Canada Rail Conference announced that 91.3% of their 3,000 members voted in favor of the new deal. The new contract addresses a number of safety issues the union had raised during negotiations [See: “CN strike enters second week with no end in sight,” Trains News Wire, Nov. 26, 2019].

“We did not get everything we wanted, but we still succeeded in reaching a fair agreement which will keep the trains running while improving rail safety,” says Teamsters Canada President François Laporte. “That’s good news for our members, the company, and all Canadians.”

“We’ve succeeded in getting CN to adjust some of its practices in the interests of safety. But the core problem of fatigue in the rail industry can only be resolved through government regulations,” says Teamsters Canada Rail Conference President Lyndon Isaak “The issue of fatigue is still far from resolved.”

Employees working under the new contract will also receive an 8% raise, standard in the industry, that will be spread out over the three years covered by the deal. The contract is retroactively in effect starting in July 2019, when the last deal expired. This new deal will expire in July 2022.

The strike lasted for seven days in November 2019 and had a major impact on the Canadian economy. Companies dependent on rail service began laying off employees across the country, including at Canada’s largest potash mine in Saskatchewan [See: “CN, union reach tentative deal to end strike,” Trains News Wire, Nov. 26, 2019].