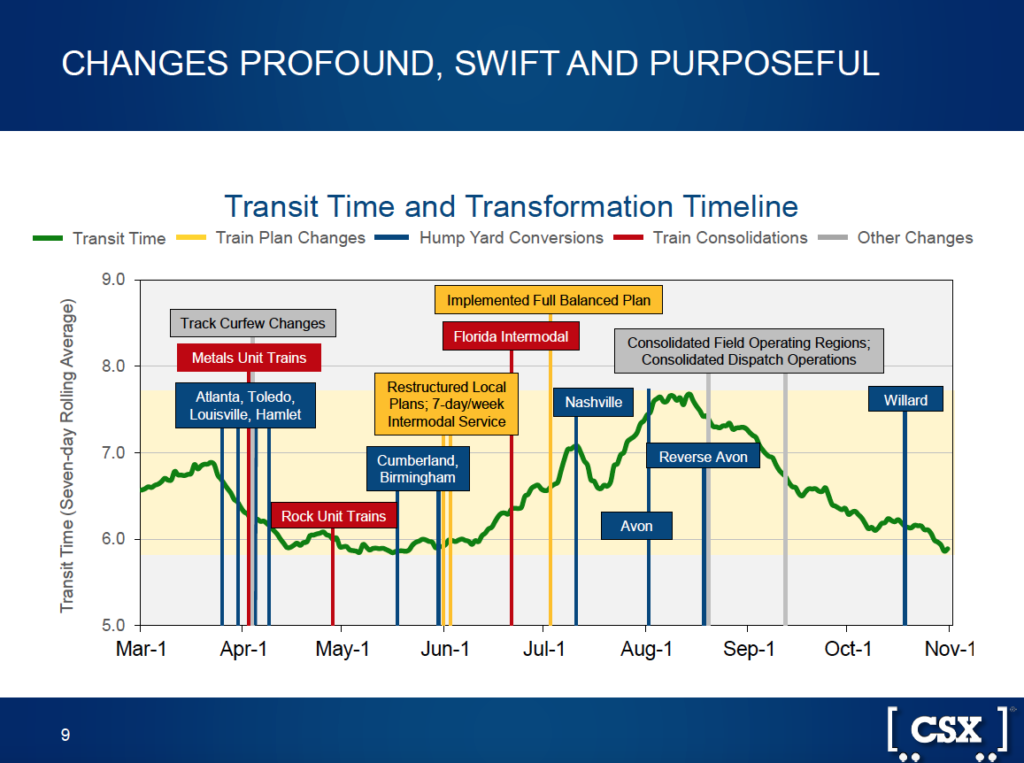 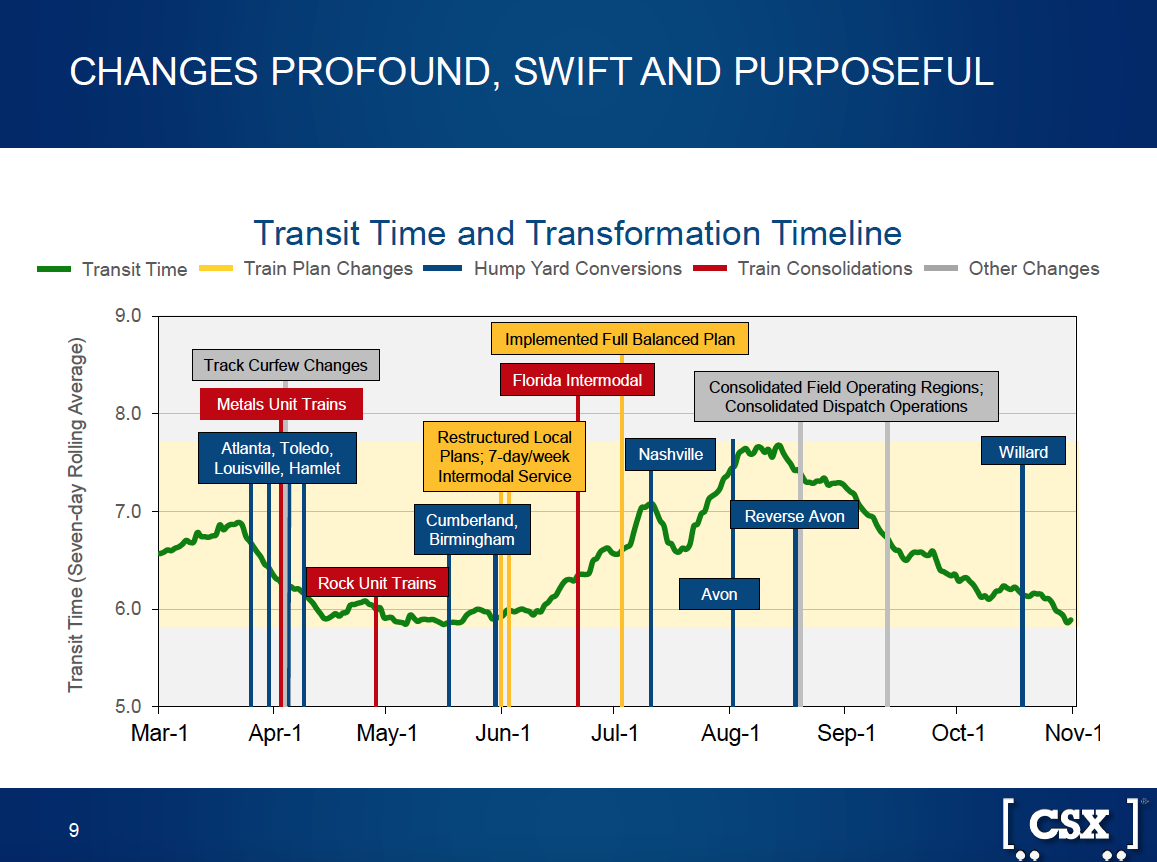 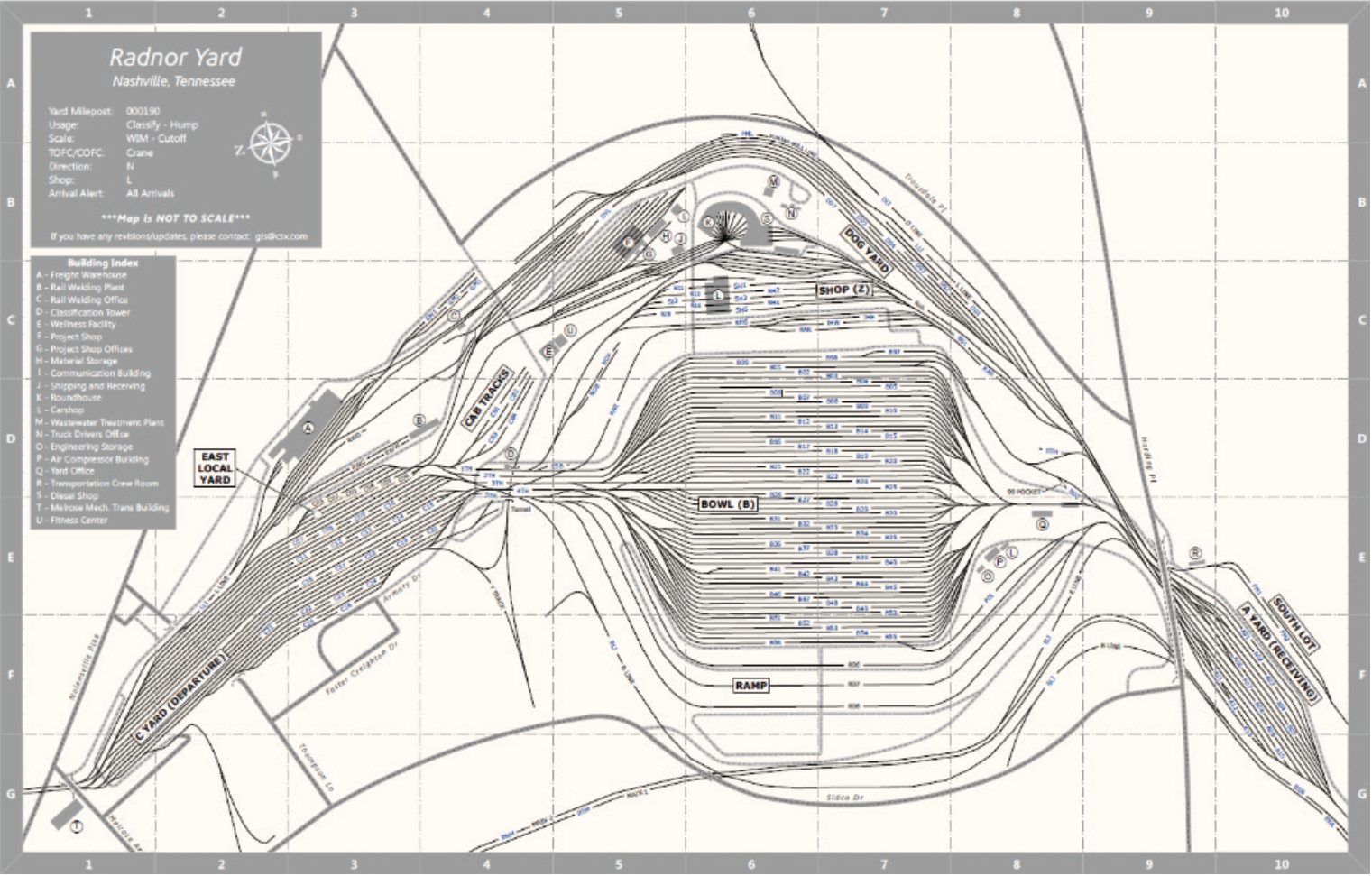 The hump was idled in July 2017 as part of the broad operational changes made by then-CEO E. Hunter Harrison, who converted eight of CSX’s 12 hump yards to flat-switching facilities last year.

Flat-switching proved cumbersome at the former Louisville & Nashville yard, so preparation work is now under way to resume hump operations. The railroad did not have a firm date for reopening the hump, but said it would hinge on completing necessary maintenance of retarders and other infrastructure at the yard.

“The principles of scheduled railroading are based on the premise that we continuously seek opportunities to optimize the network and enhance customer service. Given the footprint complexities of flat switching at Radnor Yard in Nashville, we will improve network fluidity, optimize train starts, dramatically reduce out-of-route train miles and switching costs by reopening the hump,” a CSX spokesman says.

In 2016, Radnor was CSX’s third-busiest hump – behind only Waycross, Ga., and Selkirk, N.Y. — as it classified an average of 1,477 cars per day. That’s within the range that Harrison said was sufficient volume to justify the operating costs and capital expense of a hump yard.

But classification volumes fluctuated systemwide as CSX changed its operating plan to minimize the number of times cars are handled en route. Radnor remains among CSX’s top 10 terminals in terms of volume. The railroad would not disclose current volume levels.

When the hump reopens, CSX expects to boost employment at Radnor by 40 to 50 people. Operating plan changes related to reopening the hump will reduce the number of employees at some other yards across the system, so there will not be a net increase in yard employees overall.

“As we continue to refine the operating plan in Nashville and throughout our network, we will identify opportunities to rationalize existing yards and other infrastructure. This will allow us to continue to eliminate unnecessary steps and drive improved service,” a CSX spokesman says.

During the first three weeks of June, dwell at Radnor averaged 29.1 hours, according to reports CSX filed with the Surface Transportation Board using standard Association of American Railroads performance metrics. Dwell was well within normal ranges at the yard, although it was above the systemwide average of 20.2 hours.

Radnor will be the second reversal of a hump closure at CSX.

The hump was idled at Avon Yard outside Indianapolis in early August, then reopened by the end of the month as CSX experienced widespread congestion and service problems due to the rapid rollout of Harrison’s Precision Scheduled Railroading operating model.

CSX executives have said they expect the railroad to set service-measurement records for the second quarter, which ends June 30.

Norfolk Southern, CSX’s eastern rival, also is backtracking on hump closures. Last month, NS reopened the hump at Debutts Yard in Chattanooga, Tenn., as it works to ease congestion amid rising traffic volumes on the southern part of its network.

NS said Debutts would be a “hybrid hump” that would classify traffic for local customers, while part of the classification bowl would still serve as a block-swapping facility for through trains, in line with operating plan changes made when the hump was shut down in May 2017.