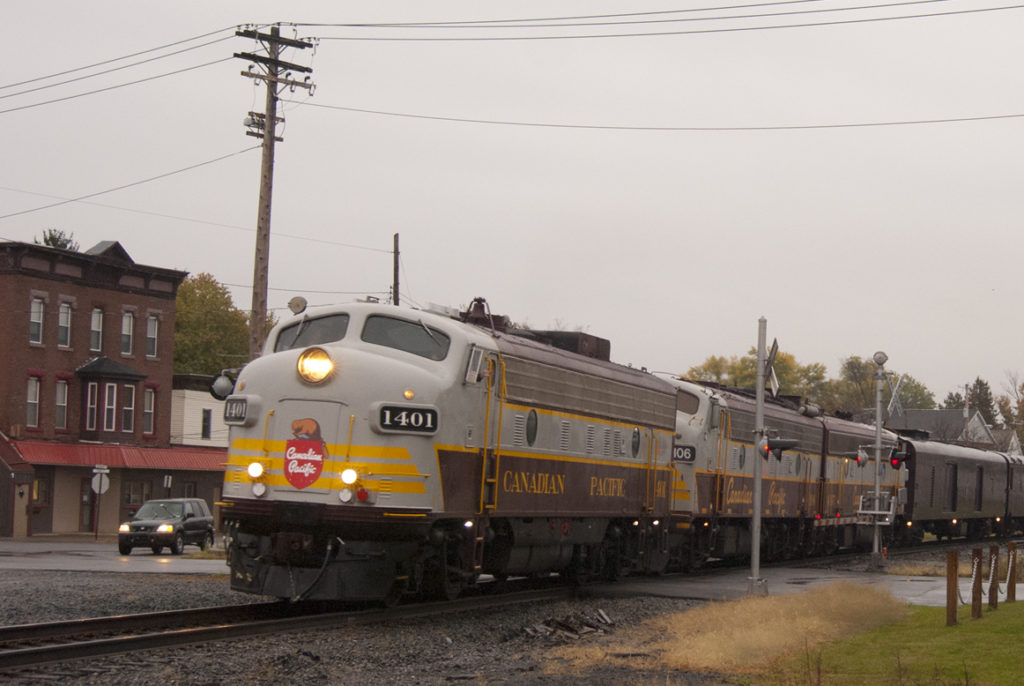 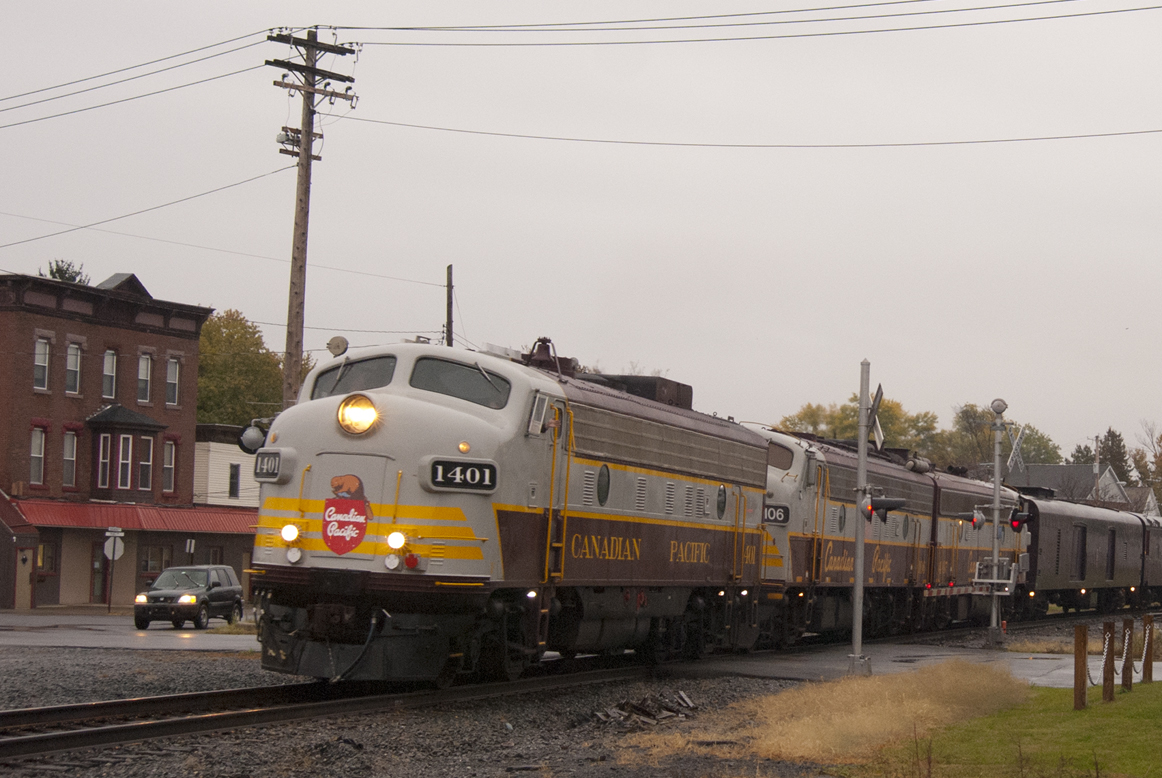 Canadian Pacific FP9 No. 1401 leads a business train through Mechanicville, N.Y. Railroad officials were rumored to be on the train as it moved through upstate New York on Oct. 29.
Dan Kittay
ALBANY, N.Y. — Observers are speculating on the purpose behind a Canadian Pacific special train that made its way through New York State’s Capital Region and northward Monday over former Delaware & Hudson trackage.

The 11-car train, led by three FP9 units, roared through Mechanicville, N.Y., on its way to Montreal, after having spent Sunday in Kenwood Yard in Albany.

A CP spokesman says the train is one of a number of inspection trains CP operations executives, including President and CEO Keith Creel, run throughout the year.