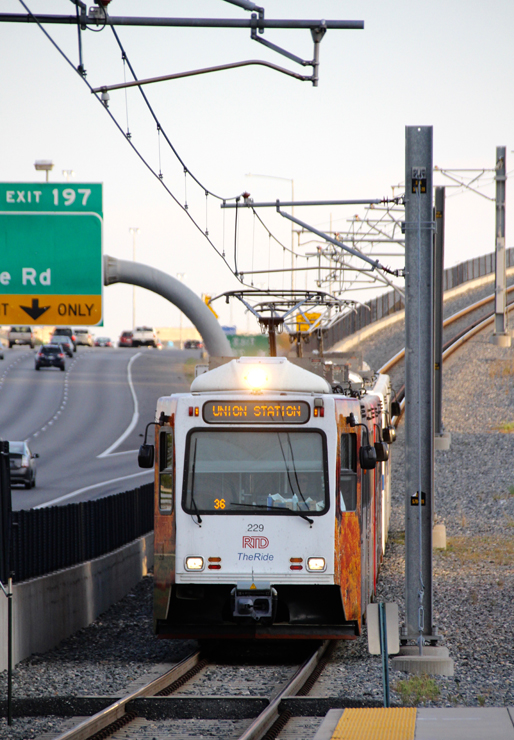 An E Line light rail train approaches the Arapahoe at Village Center station on Denver’s light rail system. An extension of the E, F, and R lines will open in May.
TRAINS: David Lassen

The Southeast Rail Extension will bring service on the E, R, and F lines to Lone Tree, Colo., with stations at the RidgeGate Parkway, the Lone Tree City Center, and Sky Ridge Medical Center. It will allow to reach downtown at Union Station via the E Line, 18th and California in downtown via the F Line, and Denver Union Station via the R line, with a transfer to the A Line at the Peoria station.

Construction on the $233-million project began in 2016. Fudning includes $25 million from Lone Tree and other stakeholders, $3 million in in-kind contributions, and $92 million from the Federal Transit Administration.