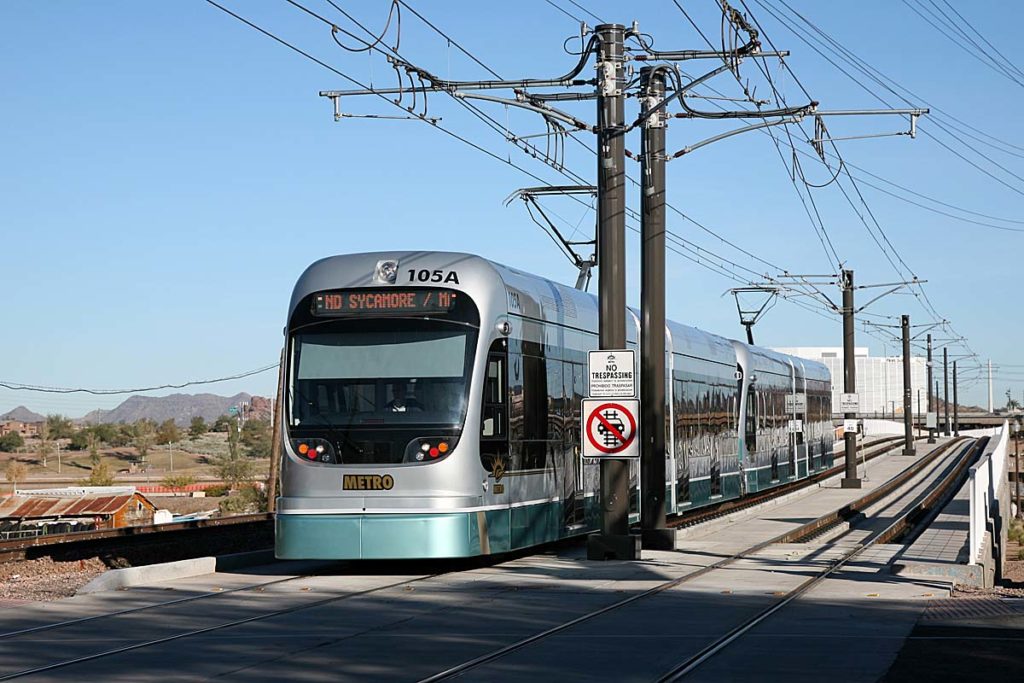 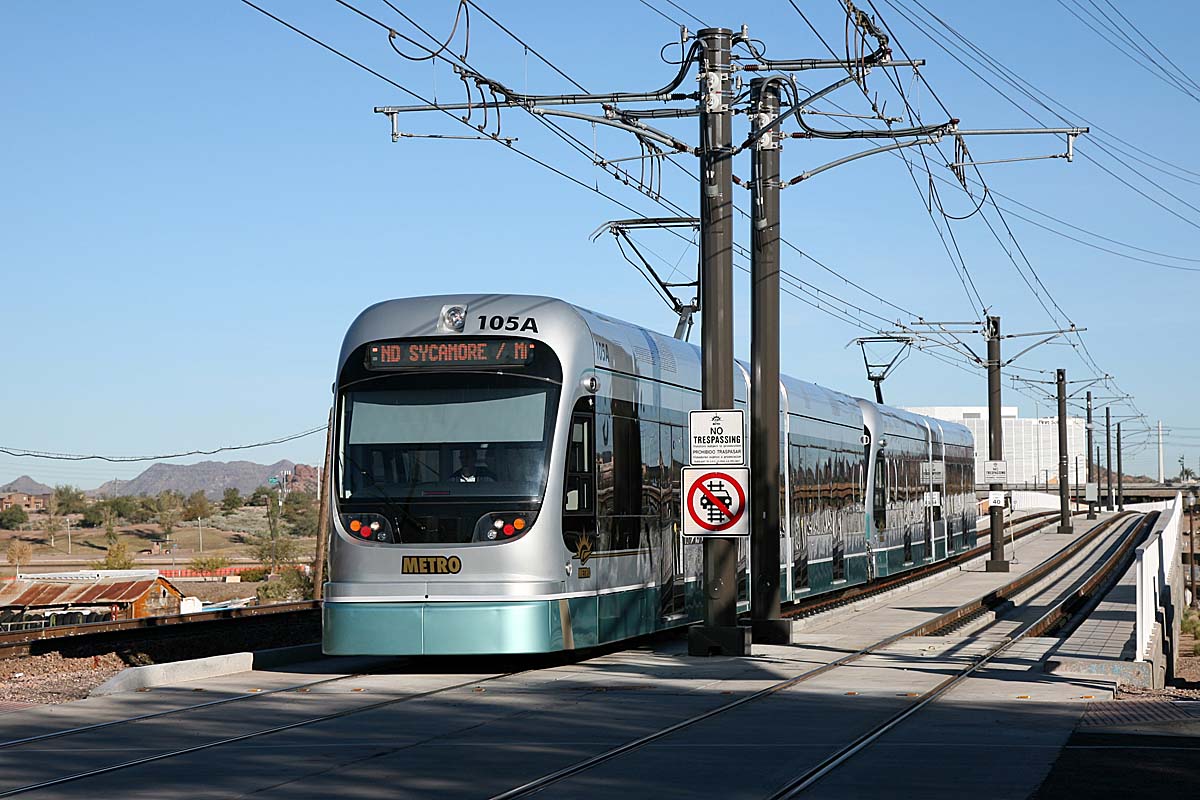 Phoenix is voting on the future of its light rail system.
MIke Schaller

PHOENIX — In balloting concluding today, voters will determine the future of the Phoenix light rail system.

Proposition 105 would prohibit the city from spending money to further build or otherwise improve its current 38-station, 28.2-mile light rail system, and divert a 0.7% transportation sales tax approved by voters in 2015 from rail to other city infrastructure. It would also prohibit “any other fixed rail transit system,” blocking any prospect for a future commuter rail system. Trains News Wire took an in-depth look at the initiative earlier this month [See “Phoenix votes to decide city’s light rail legacy,” Aug. 5, 2019.]

Early voting on this and one other local initiative, regarding pensions and the city’s budget, began July 31. Voting concludes today at 7 p.m. Mountain Standard Time (Arizona does not observe Daylight Savings Time).