Decision by board sets stage for 'Southwest Chief' bus bridge, puts seven other trains at risk 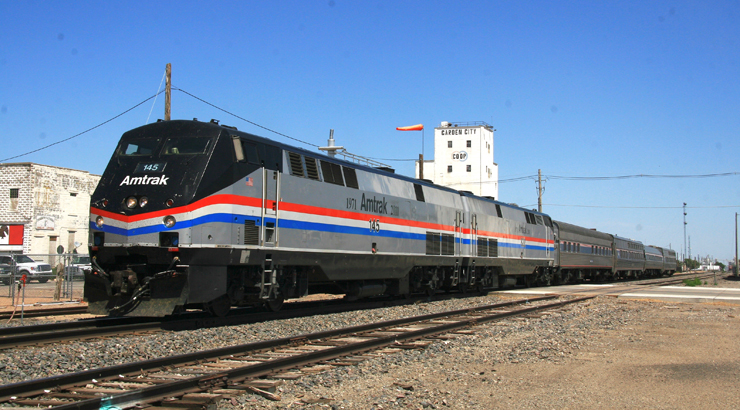 RATON, N.M. — Amtrak will not operate passenger trains on lines without positive train control after Dec. 31, 2018, a top official for the passenger railroad says — a decision which could lead to the discontinuance of eight trains, not just the Southwest Chief.

Senior Vice President and Chief Commercial Officer Stephen Gardner told this to officials at a meeting in Raton, N.M., on the future of the Chief, according to individuals in attendance at the meeting. He also said that the Amtrak board of directors has mandated the policy, despite exemptions for the technology’s implementation granted by the Federal Railroad Administration.

The policy means the Amtrak Board would insist the following trains on FRA-exempted routes be discontinued:

Amtrak has subsequently called Trains News Wire’s reporting on the meeting “inaccurate” and says its position on positive train control has not changed since CEO Richard Anderson’s congressional testimony in February. At that time, Anderson said the passenger railroad “would reconsider whether we operate at all” on routes without PTC. [See “Amtrak CEO says passenger trains will not run over track without PTC or PTC waiver,” Trains News Wire, Feb. 15, 2018].
In a statement Monday, Amtrak spokesman Marc Magliari described the PTC policy:
“Where PTC is not implemented and operational, it is expected that nearly all carries will qualify for an alternative PTC implementation schedule under law.
“For those carriers and routes operating under an extension or under an FRA-approved exemption, Amtrak is performing risk analyses and developing strategies  for enchancing safety on a route-by-route basis to ensure that there is a single level of safety across the Amtrak network.
“For those very limited routes where a host may not achieve an alternative schedule by year’s end, Amtrak will suspend service and may seek alternative modes of service until such routes come into compliance.”

Gardner was speaking at the meeting in Raton last week hosted by Colfax County, N.M., for more than 40 officials whose cities and states have already invested millions of dollars in matching funds to three approved federal grants designed to shore up the Southwest Chief’s route.

Steve Cottrell was there. He’s the Assistant City Manager of Garden City, Kan., the sponsor of the first Transportation Infrastructure Generating Economic Recovery grant to improve the roadbed and replace 1955-vintage rails on the line. Cottrell tells Trains News Wire that Gardner claimed several times that Amtrak “had no preconceived end game in mind” when he delivered a presentation that outlined exactly that: a bus bridge from either Dodge City, Kan., or La Junta, Colo., to Albuquerque, N.M. 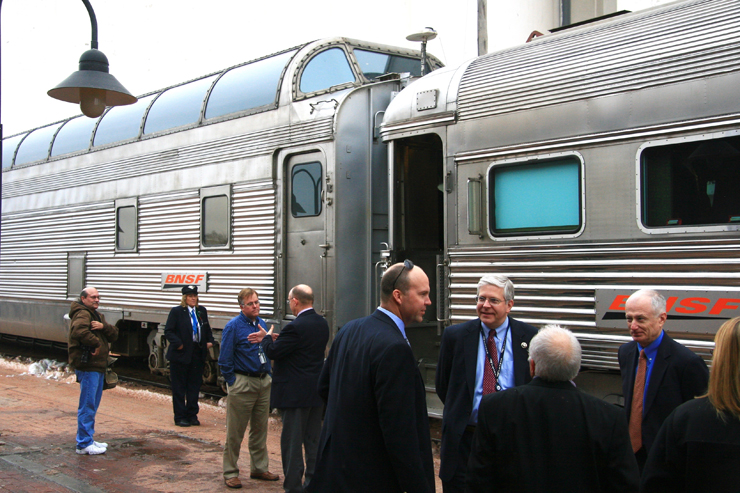 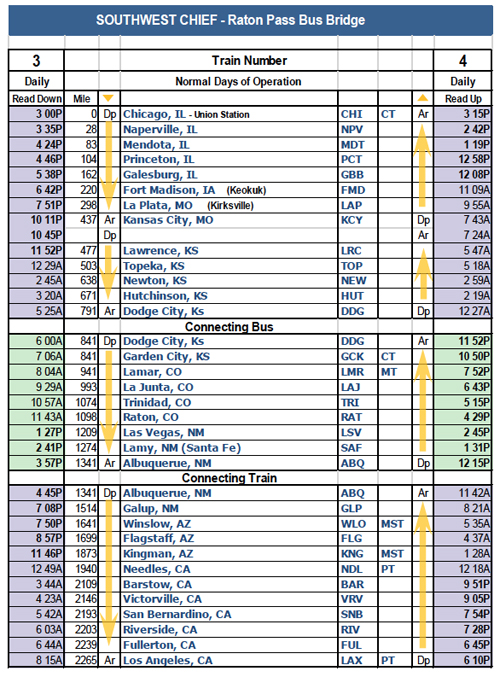 A proposed Amtrak schedule for the combined train-bus operation that would replace the Southwest Chief.

“I made the statement to him,” says Cottrell, “that it would have been a much more pleasant meeting had Amtrak sat down with the [Southwest Chief] Coalition, and state DOT’s prior to making such statements because we want to work out how to get the TIGER 9 [grant, the latest providing funding to maintain the Chief route] off the ground and get a commitment for their share of the money.”

Cottrell adds, “If it’s going to take working out another 3- to 5-year plan for the improvements, either to the railroad or start some phased installation of PTC, so be it, but to get blindsided by this bus bridge thing and then come in and say they have no preconceived idea just kind of set a negative tone to the meeting that shouldn’t have had to be that way.”

The PowerPoint, obtained separately by Trains News Wire, goes into great detail about the two alternatives, including consists of the replacement trains (“2 locos, 2 coaches, 1 coach-bag, 1 café”), revised schedules for the train-bus combination,  and offers “Ballpark” upfront capital expenditures, ranging from $4 million to more than $13 million, for layover/turning facilities at Dodge City, Kan., and Albuquerque. It It also outlines Amtrak’s insistence for positive train control without mentioning the fact that under 49 CFR section 236.1019 (c) (3), the route is entitled to an FRA “limited operations exception”

The presentation claims a funding need of $157.2 million in “capital and operating expenses” through 2024 (including $55 million for PTC) and takes a stab at projecting revenue losses. The report claims the truncated coach-bus-coach trains would generate between $23.2 million to $24.2 million of revenue, depending upon the option.

This means Amtrak believes the train would maintain its current level of coach patronage despite the lengthy bus-bridge operation. An analysis by Trains News Wire using Amtrak’s own data from the company’s year-end fiscal 2017 revenue and ridership report shows coach passengers on the through Chicago-Los Angeles Chief spent $23.7 million on tickets. Sleeping car passengers spent $19.7 million, or 45 percent of the $43.5 million total.

–This story was updated at 1:25 p.m. on Aug. 28 to add references to Richard Anderson’s congressional testimony in February 2018 and to give Amtrak’s response additional context.