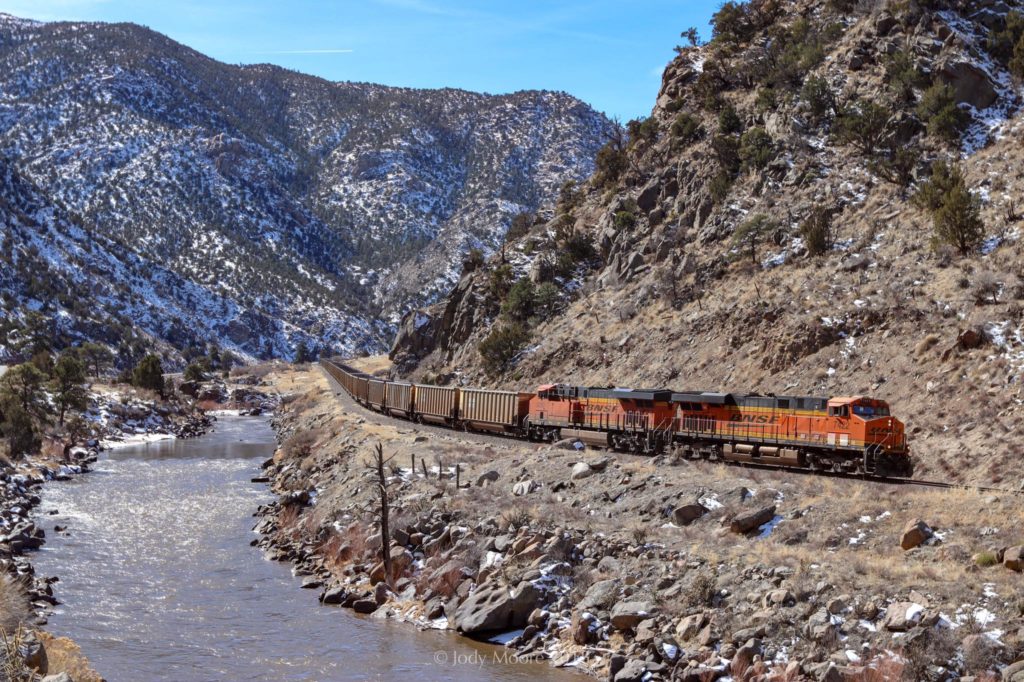 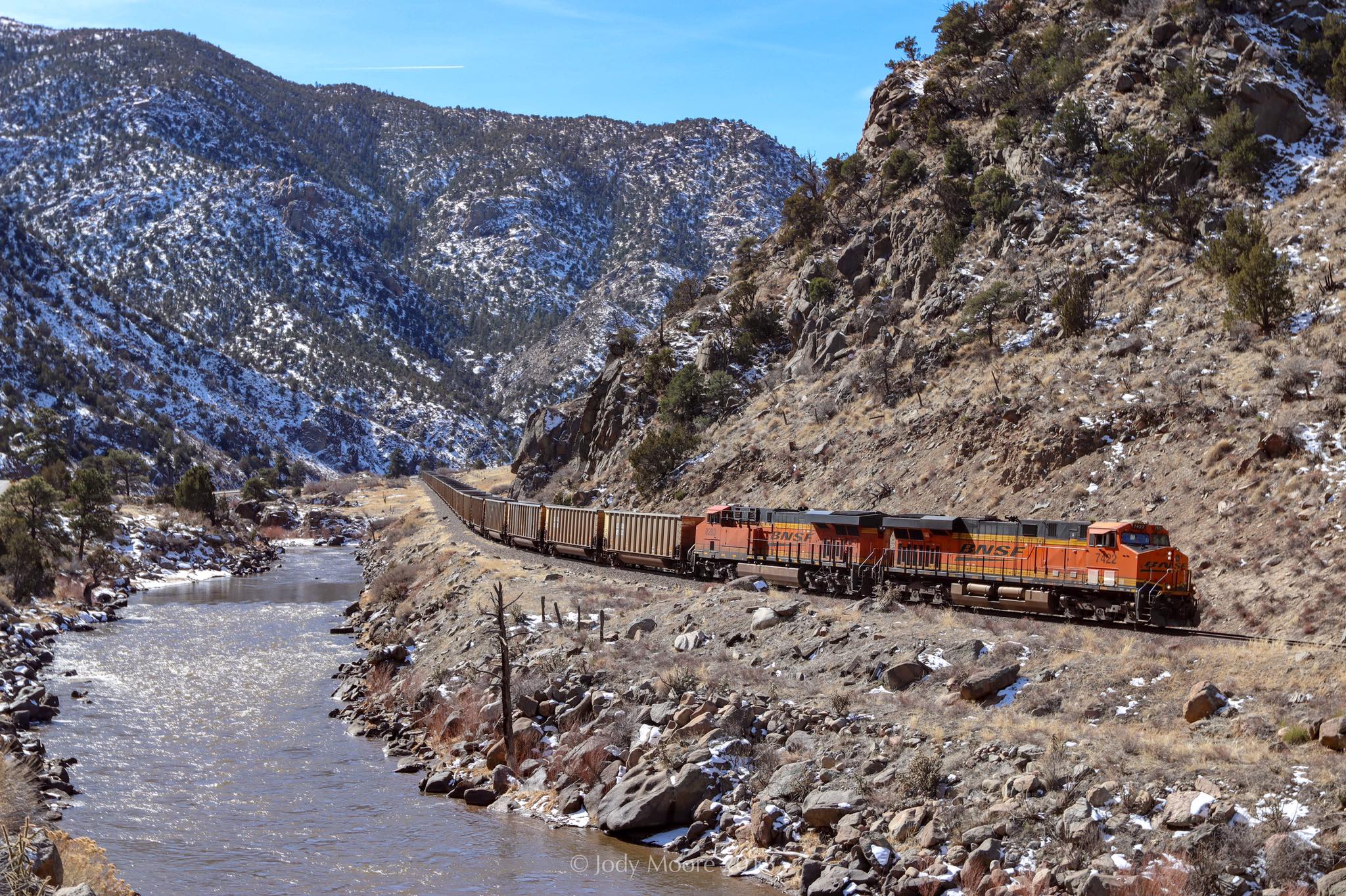 A pair of BNSF Railway units pulled a train of some 130-plus stored coal hoppers from Spikebuck, Colo., about five miles west of Parkdale, Colo., where Royal Gorge Route tourist trains terminate. The cars have been stored for years, and having been sold, were on their way to a new owner.

Rio Grande’s Tennessee Pass line has been out of service since 1997 following Union Pacific’s takeover of the combined Rio Grande and Southern Pacific systems. It was deemed surplus, given the Rio Grande’s mainline west of Denver and UP’s own original route across the Rockies at Sherman Hill, Wyo. The rails of Tennessee Pass are still in place for future use, and for a few moments yesterday, a short section felt the passage of steel wheels once more.