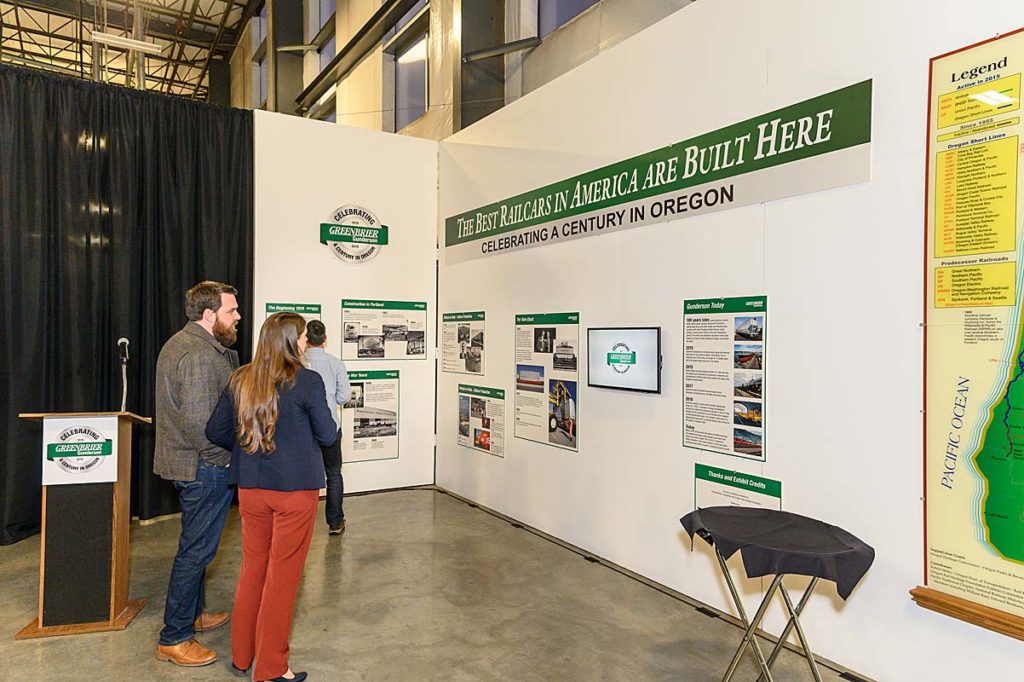 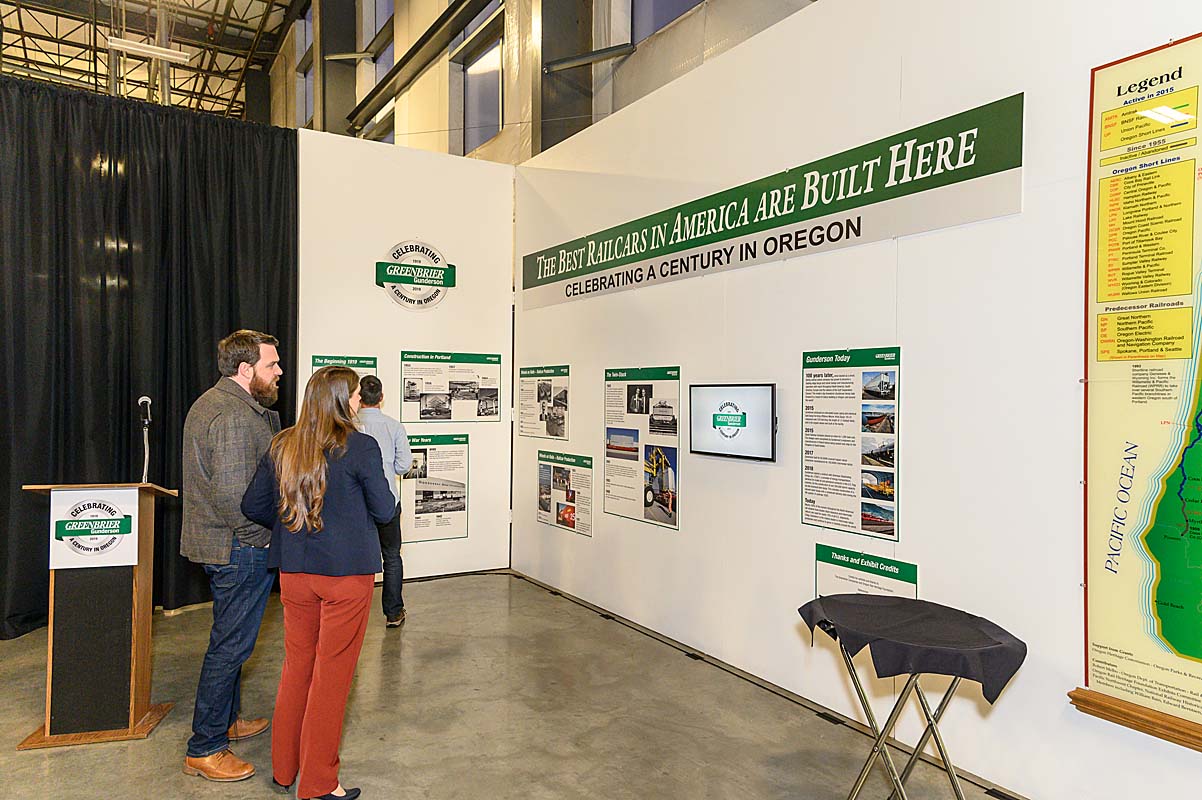 Gunderson, a rail car manufacturer owned by Greenbrier Cos. and based in Portland, unveiled the new exhibit on Feb. 20 during an anniversary celebration at the museum. The exhibit will be on display until February 2020. “We thought of the (Oregon Rail Heritage Center) for this project because we were able to partner with a fantastic local nonprofit and they are able to keep the display up for the duration of our Gunderson 100 campaign,” says Jack Isselmann, senior vice president external affairs and communications.

Chet Gunderson opened the Wire Wheel Sales & Service Co. in Portland on Feb. 23, 1919. It got into railroading in the 1950s when it built boxcar underframes for the Southern Pacific. In 1960, Gunderson filled its first order for complete rail cars when Union Pacific purchased a fleet of side dump gondolas. Today, it builds everything from autoraks to tank cars, although it might be best known for its intermodal well cars.

The new exhibit features a model of the prototype intermodal well car as well as other artifacts from Gunderson’s history.

The exhibit at ORHC is just one part of Gunderson’s year-long celebration. In June, Gunderson will have a float in the annual Rose Festival parade and there will be special celebrations for employees.

The new exhibit can be seen at the Oregon Rail Heritage Center at 2250 SE Water Ave. in Portland. The facility is open Thursday and Friday from 1 to 5 p.m. and Saturday and Sunday from 12 to 5 p.m.