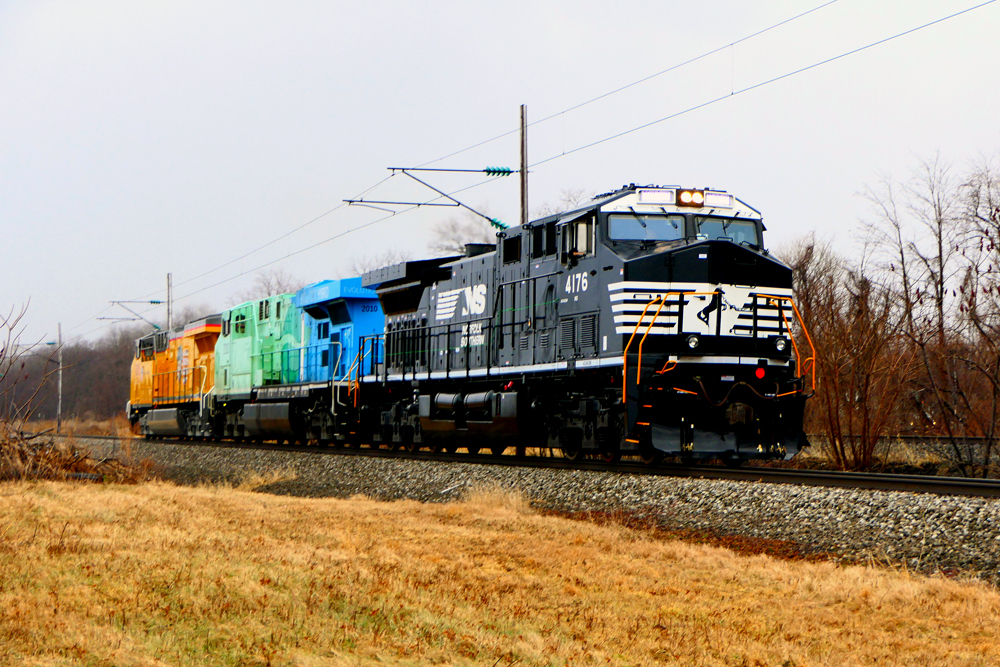 GE Transportation crews test locomotives one last time Feb. 24, before the corporation they work for changed hands to Wabtec Corp.
Stephan M. Koenig
LAWRENCE PARK, Pa. — On the eve of the Wabtec-GE Transportation merger, the GE test crew performed one last test track certification in a rare Sunday move on Feb. 24. The first unit of the test train is part of the order for 50 AC44C6M locomotives from Norfolk Southern.

The 50-unit order for GE, and now Wabtec, involves the conversion of 50 C44-9Ws to AC traction. It is significant because GE won this contract over NS’s own shops after 4 years of them being rebuilt in Roanoke, Va., and Altoona, Pa. Union Pacific C44ACWM No. 7015 was also completed and tested on Sunday as part of the ongoing order to upgrade UP’s existing fleet.