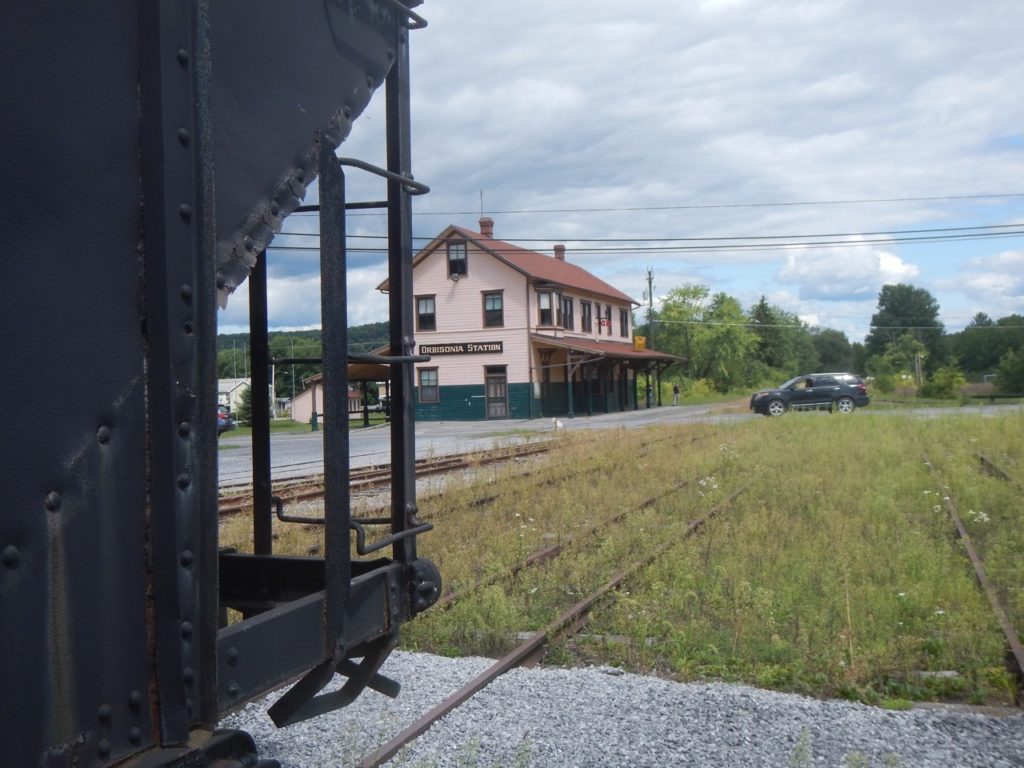 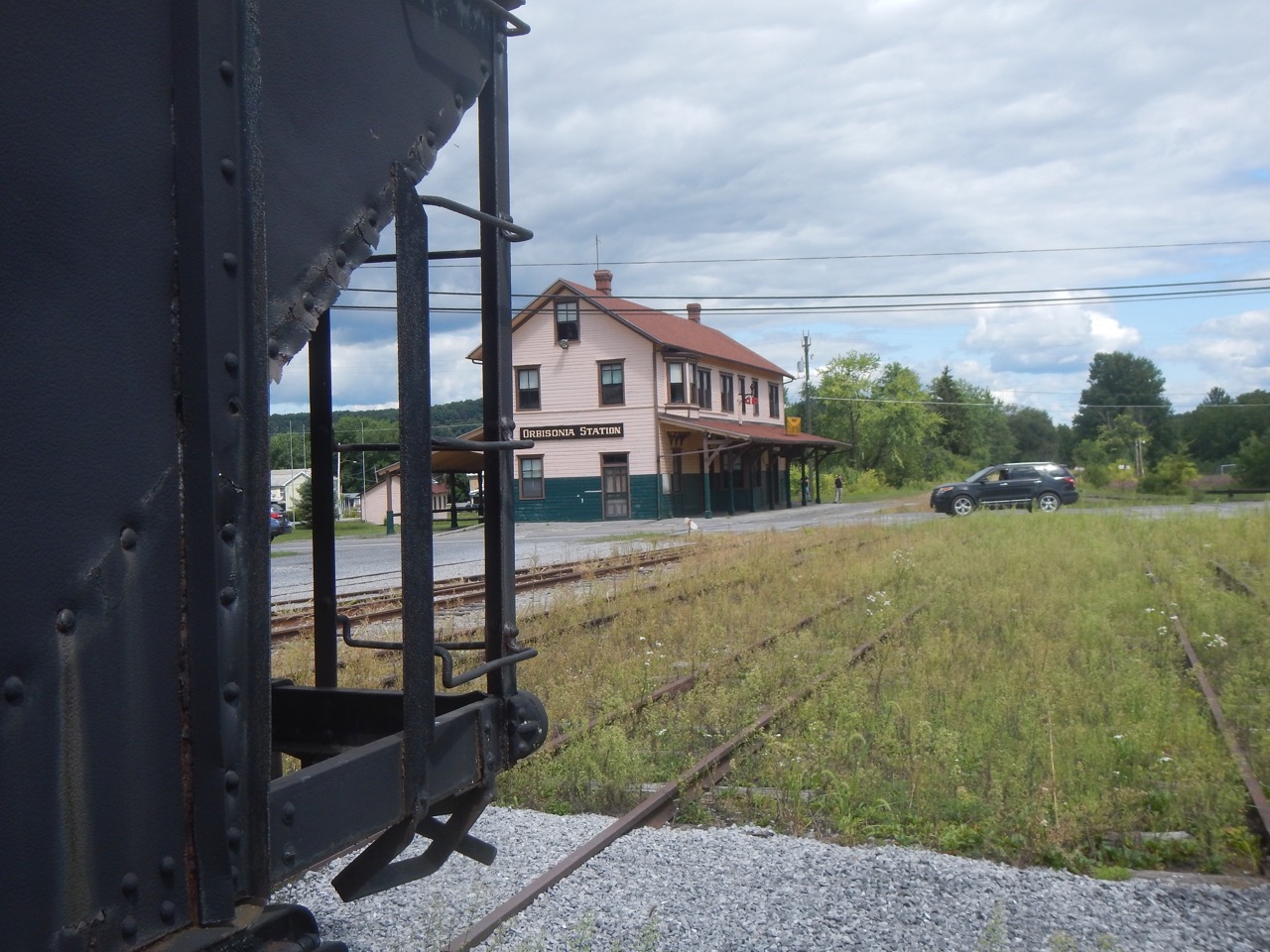 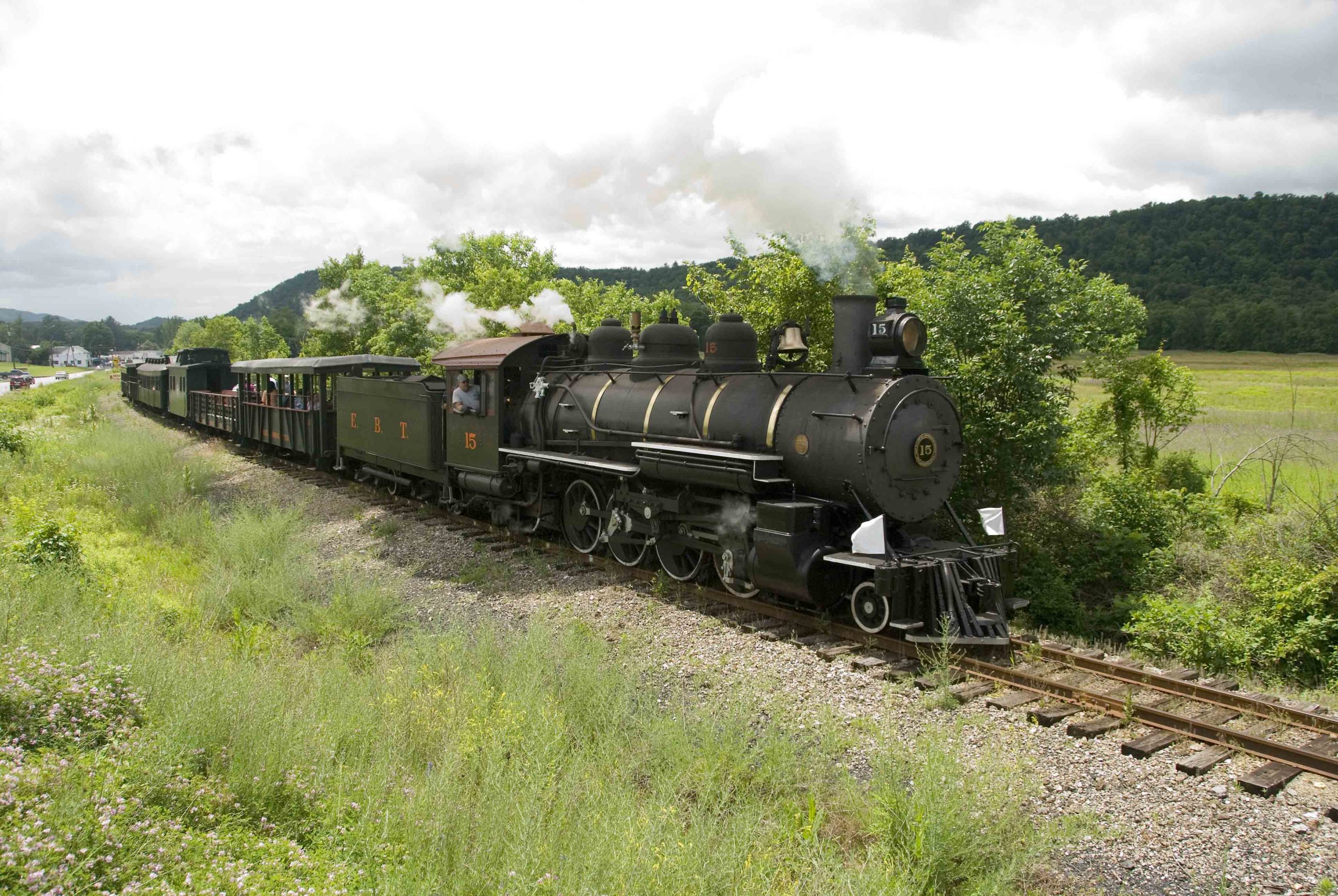 At this point, if anyone were interested in restarting it as an operating tourist attraction, it would cost millions to bring the locomotives up to current standards, replace hundreds of ties, repair bridges, and entice visitors to a remote section of the Keystone State.

Joseph Kovalchick is the elderly CEO of Kovalchick Co., an Indiana, Pa.-based scrapper, which has owned the EBT since 1956 when it shut down as a freight railroad. It came back as a tourist line in 1960. He says the railroad and all adjacent properties are for sale. Though he won’t disclose an asking price, several sources peg that figure at $8 million for the entire package of the railroad and several thousand acres of former coal company lands. Kovalchick insists on a package deal — all or nothing.

Despite encroaching weeds and brush along the railroad, peeling paint on various buildings, and other signs of benign neglect, a couple of long-time employees do attempt to keep the grass around the Rockhill Furnace station, roundhouse and shops area under control. Some painting has been done recently.

The Friends of the East Broad Top, a non-profit, has been holding monthly volunteer work weekends at Rockhill Furnace, Pa., and Robertsdale, Pa., for years, stabilizing and restoring buildings and rolling stock. Kovalchick kicks in for materials, and he allows the group to hold occasional open house tours of the roundhouse and shops complex to raise funds for their restoration work.

Lee Rainey, former president of the FEBT and current board member, says, “The big news is the near completion of the stabilization and renovation of the 1884 freight office, which was in serious danger of being lost. The badly-rotted wooden posts on which it sat have been replaced by concrete pillars, the collapsing sides have been straightened and strengthened, and new battens have been applied to make it weather-tight. The freight platform has been recreated, and the whole building has received a coat of paint. This has been a three-year job.”

In addition, the FEBT has stabilized the lumber shed behind the shops, manufactured and installed new window sash in several buildings, and volunteers continue restoration work on combine No. 14 and boxcar No. 955. In previous years, the volunteers have stabilized the shops building, restored several machines in the shops, acquired for preservation and restoration two EBT passenger cars sold off prior to the 1956 closure, saved the blacksmith shop from collapse, restored a ballast hopper car and generally cleaned up the entire shops area.

But what does all this mean to us in 2019? What happens to the EBT when Kovalchick, who is in his 80s, is no longer in the picture? Neither the federal nor the state government shows any interest in taking over the tourist operation. No one with deep pockets has emerged to buy it. Will the East Broad Top join the Rio Grande Southern, the Slim Princess, the Bridgton & Harrison and the rest of America’s narrow gauge panoply in fond memory?