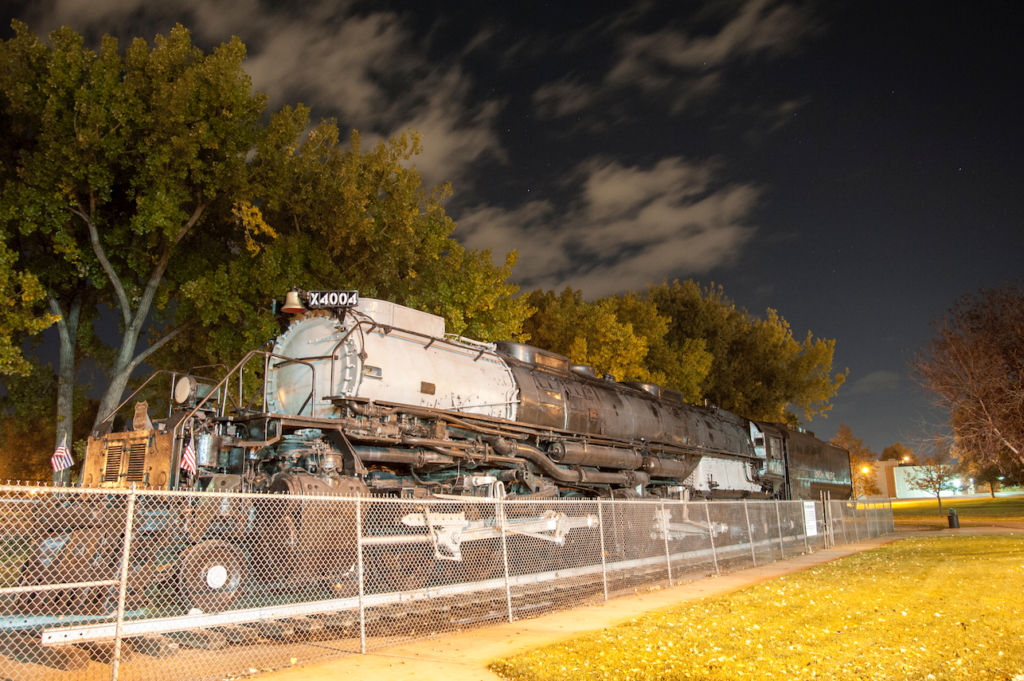 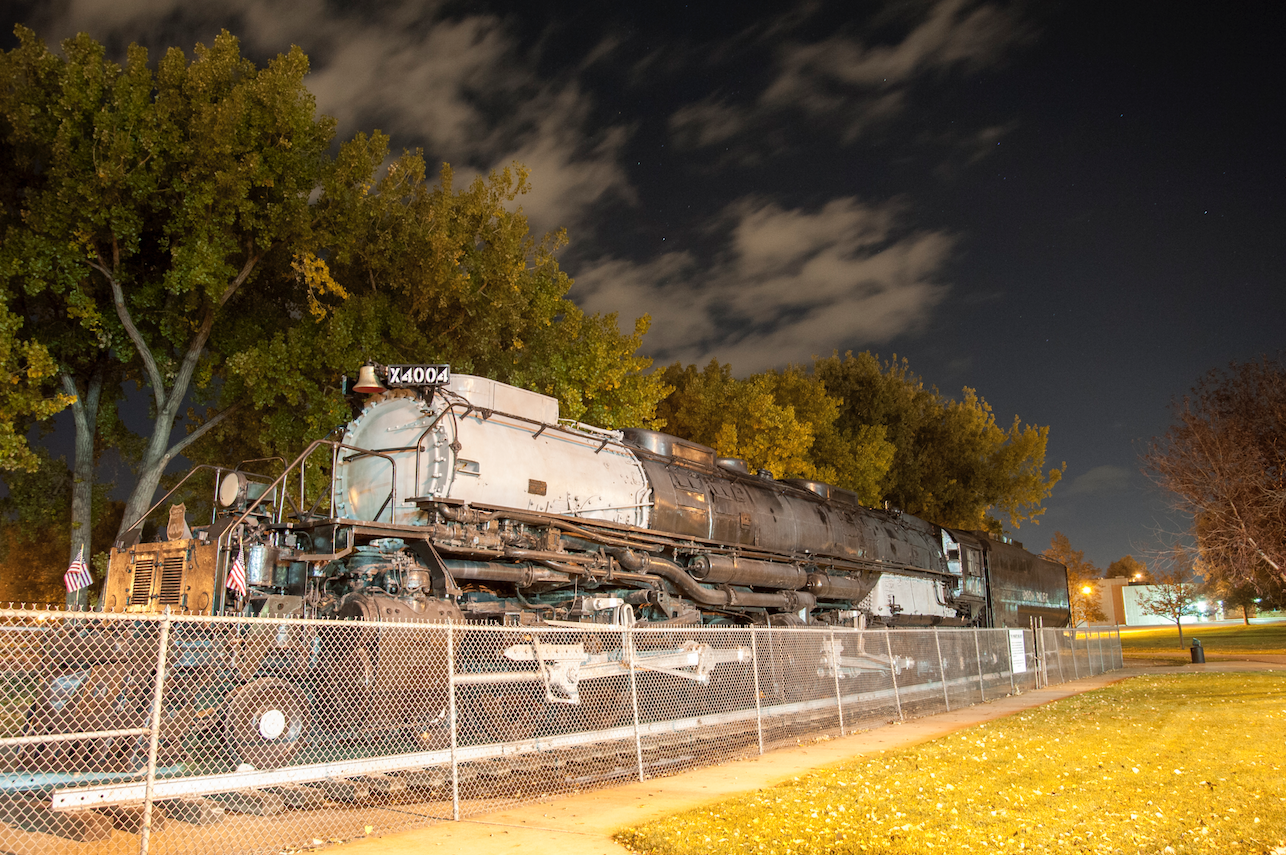 Cosmetic restoration of Big Boy 4004 in Cheyenne is almost completed. This photo shows the locomotive in October 2013.
Trains: Jim Wrinn
CHEYENNE, Wyo. — While it will be months before Union Pacific debuts operational Big Boy 4-8-8-4 No. 4014, a cosmetically restored Big Boy within whistling distance of the UP steam shop will be ready for the public July 9.

At noon that day, the city of Cheyenne will cut a ceremonial ribbon in front of Big Boy No. 4004 in Holliday Park, local officials announced via the city’s website.

The engine was still cocooned in plastic sheets last week while the six-month task concluded. The locomotive has been on display outside since June 28, 1963. It was flooded in 1986, almost covering its 68-inch drivers.

The locomotive has been restored to its August 1941 appearance when delivered to the UP. Cosmetic repairs include a new boiler jacket, cab repairs, and a new coat of jet black industrial paint. Asbestos, sheet metal jacketing, and oil reservoirs were removed.

On Nov. 27, 2017, the Cheyenne City Council approved funding for the restoration. The contractor selected to perform the restoration was Wasatch Railroad Contractors, a locally owned and locally based railroad restoration company.

Big Boy No. 4004 is one of Cheyenne’s most famous landmarks. With an estimated visitor count of 25,000 a year directly coming from the Cheyenne Depot Museum alone, the Big Boy in Holliday Park is a prime destination for tourists and railroad enthusiasts from around the world. With only eight Big Boys still in existence, people travel from all over the world to visit all eight with Cheyenne being the home to two of them. With restoration of No. 4014 taking place nearby, Cheyenne will continue to be a mecca for steam locomotive enthusiasts for years to come.