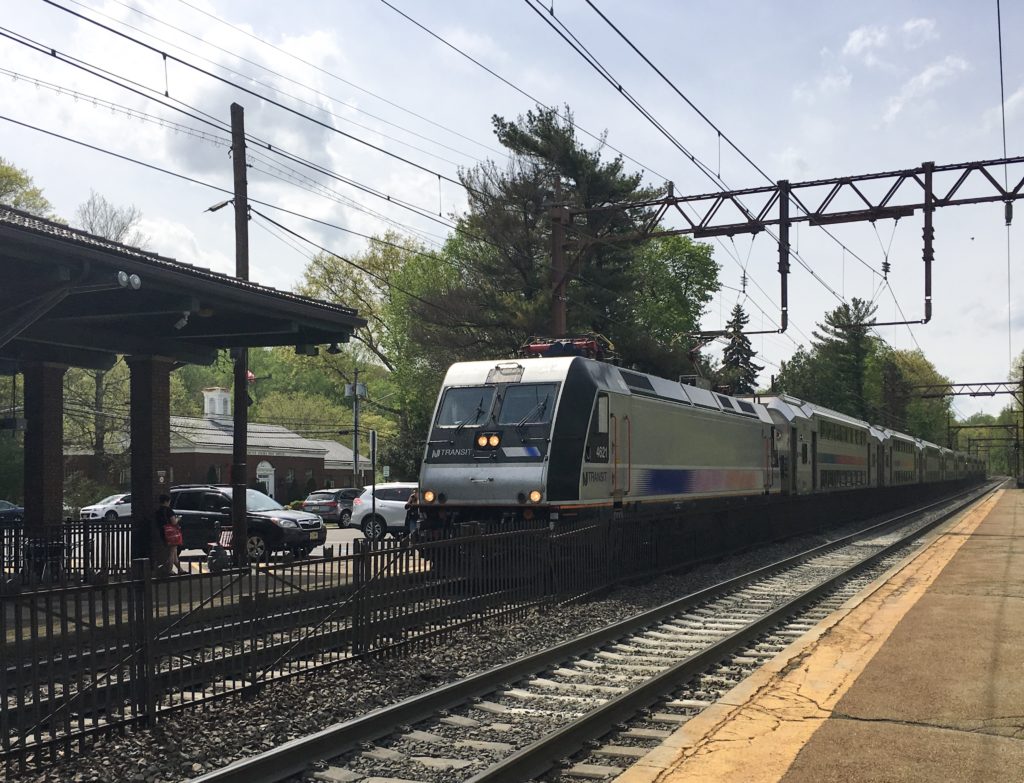 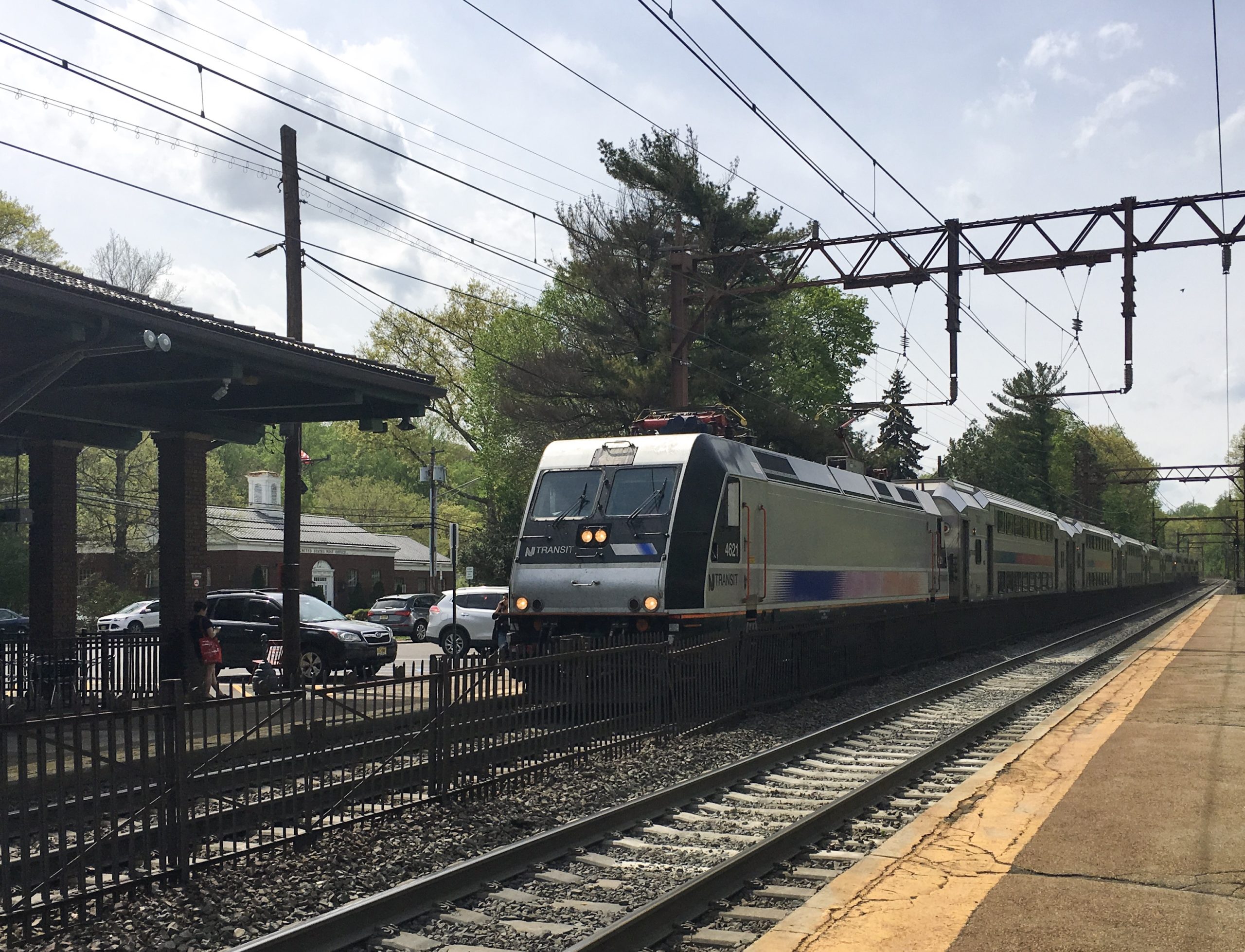 An afternoon NJ Transit train arrives Short Hills Station in April 2017. The Morris and Essex line here is the positive train control proving grounds for the rest of the NJ Transit system. New multiple-unit cars expected to arrive in the mid-2020s will replace locomotives on most trains.
Ralph Spielman
NEWARK, N.J. — NJ Transit “still has a long way to go” in its efforts to meet the Dec. 31, 2020, deadline for positive train control operation, president and CEO Kevin Corbett says, as the complexity of the system — particularly its software and the need for interoperability — continues to be illustrated in testing.

Corbett said NJ Transit has been performing field functionality testing of PTC on the Northeast Corridor, where interoperability with Amtrak is a critical part of the system, and revenue service testing on its Morris and Essex Line, which the agency considers its most complex route.

“You know, the engineer is still getting some problems — they have the ability to override it, but they’re getting … false positive and false signal restrictions,” Corbett said. “That’s part of the current normal testing, but it’s like whack-a-mole. Is it something wrong with hardware on the train? A transponder or a plug-in on the wayside? Or something in the back office that’s not being detected nor relaying information accurately? That’s why we’re doing such robust testing.

“You do it a hundred times, something shows up, you know, 10 times … if you do a thousand, obviously you have a lot more data to work from, it makes a lot more sense. Going out with the team periodically, you also see that they start going, ‘Oh yeah, we get that one. That always happens.’ You know, a minor thing you’re going to tell the software vendors.”

Software keeps being updated, he said, and “every time you update software, you have to do regression testing, which takes time. You got the new software back, you then install it, then start retesting to see if it fixed the problem; now you’re getting a new glitch showing up. … We still have a long way to go.”

“As it gets closer to the deadline, it’s a little bit like the Y2K scare. On Jan. 1, 2021, what’s going to happen? Will it impact scheduling? Will there be less flexibility? You won’t be able necessarily have someone run from the back to the front air brake for a quick mechanical fix. The software will be dependable and will mold the schedule, but with it, you cannot cut corners inappropriately. A lot of the veterans would say they would know how to respond safely [but] the thing is now it all has to be reset; It’s all in the software.

“Really, it is all about software and that’s frustrating because it’s something we can’t control.”

Amtrak has been extremely cooperative, he said; it wants NJ Transit running smoothly on the trackage the two operators share on the Northeast Corridor. It has essentially let NJ Transit run the testing on the corridor, he said, and has dedicated a staff member to supporting that work: “That is the kind of cooperation that we’re seeing.”

Equipment orders: NJ Transit is awaiting delivery of both locomotives and cars — electric multilevel multiple-unit cars, the first such new equipment in the New York metropolitan area since 1952 — and the locomotives, in particular, can’t come soon enough, given that the agency’s fleet still includes a group of GP40s, some of which are more than 50 years old, although they have been rebuilt in the interim.

“We are trying to keep those going until we get more locomotives,” Corbett said. “It’s a concern for us. We have 17 [Bombardier dual-mode] ALP-45DPs coming next year, which will be a big help. In the future, we would love to get more locomotive funding to keep bringing the average age of the fleet down, and bring our mean distance between failures down.”

The CEO called the contract with Bombardier for the new mulitlevel cars “the most significant purchase, probably, in NJ Transit’s history.

“We have contracted for seven options that will literally take us into, into 2035 or 2040 for our next passenger equipment purchases. We should start to see the first ones of the initial order of 113 in 2023 or 2024 to start testing at the [Association of American Railroads’ Transportation Technology Center] in Pueblo, Colo.

“We now have an eager staff of very young professionals, some that we’ve hired now out of college, working on that project, excited in seeing this project through. … It’s both a career changer for those people, and a game changer for NJ Transit.”

North Portal Bridge: Given the complexity of the tunnel portion of the Gateway project, NJ Transit has worked to separate the North Portal Bridge project, which aims to replace a troublesome century-old swing bridge that occasionally fails to lock back into place after being opened.

A revised funding proposal has been submitted to the Federal Transit Administration.

Corbett said he thinks moving the bridge project “away from the tunnel politics” has helped.

The FTA staff had been very helpful over the last number of months … to get us where they could be comfortable on the financial side,” Corbett said. “I’m cautiously optimistic.” Corbett said he anticipates the FTA will review the proposal as quickly as possible with the aim of including it in a list of projects to be presented in February as part of President Donald Trump’s next budget proposal. So far, 38 other CIG applications are expected to be submitted.

“We were looking for approximately $800 million a year,” Corbett said. “What might the FTA say? ‘It’s a valid project but we [the FTA] can’t award that much. [If] we have to cross that bridge, no pun intended, you cross that bridge.”