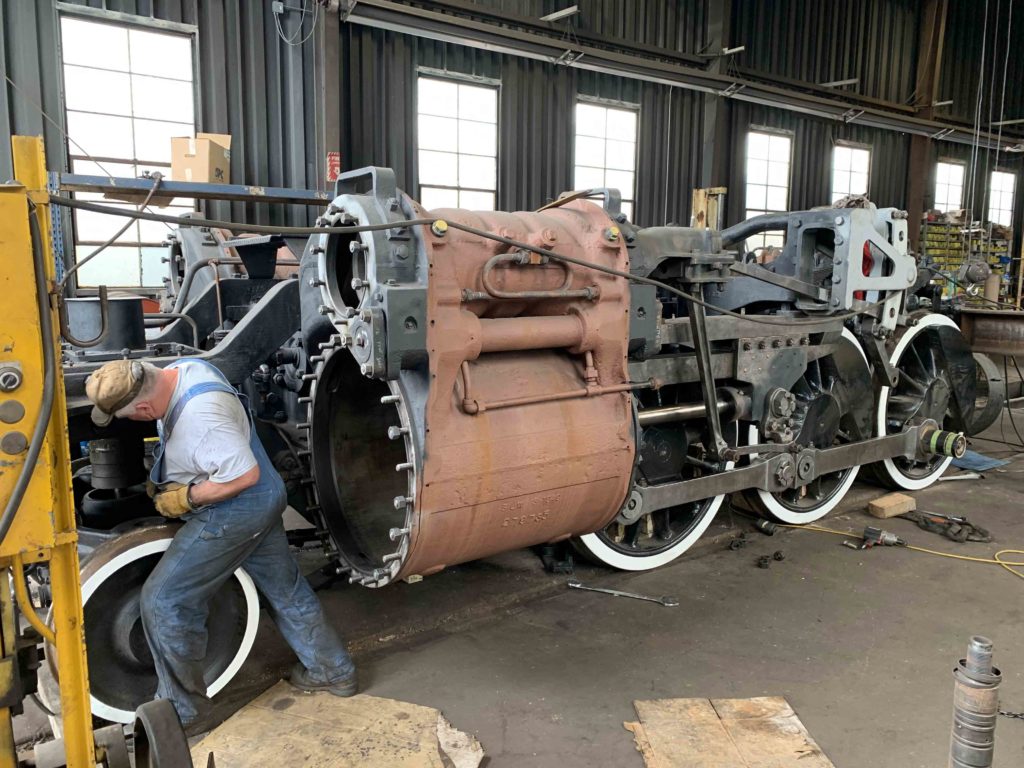 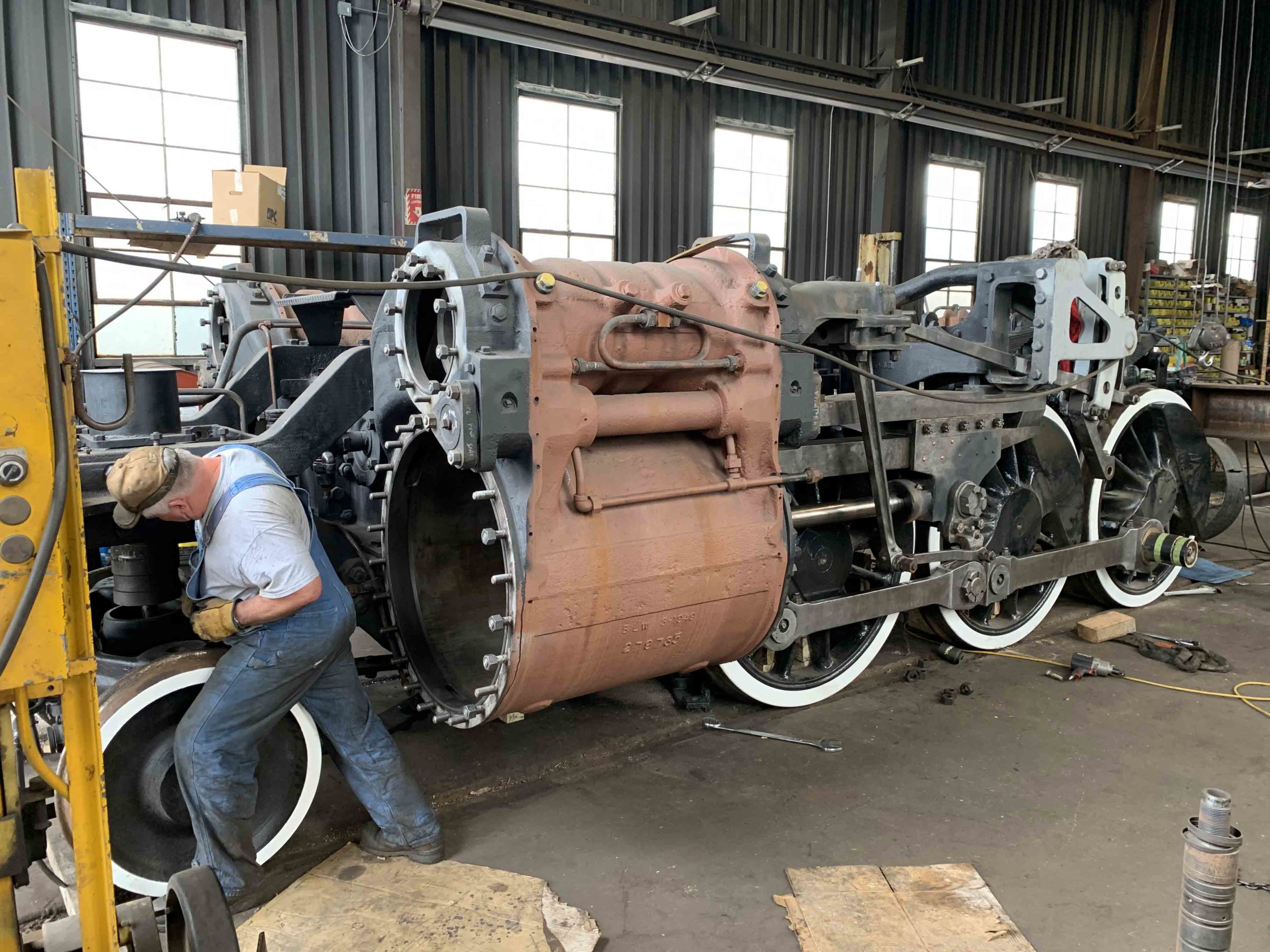 A new grant will fund placing the boiler back onto the wheels of Western Maryland Scenic No. 1309.
Tishia Boggs

CUMBERLAND, Md. — Western Maryland Scenic Railroad has received a John H. Emery Rail Heritage Trust grant for $10,000, which will pay to have two heavy duty cranes set the boiler of 2-6-6-2 No. 1309 on its wheels, moving the campaign to steam the last Baldwin built for domestic service a major step closer to completion.

This is the second year in a row that Western Maryland has received an Emery grant. Last year’s grant was used to purchase jacketing and insulation, which has been installed.

So far in the Trains Magazine campaign to raise money to steam the last Baldwin-built steam locomotive made for domestic service, readers, friends, and supporters have donated more than $71,000 in the $390,000 effort to bring back the 1949 locomotive built for the Chesapeake & Ohio. The engine will be put to use on the 17-mile Western Maryland Scenic, which preserves the history of mainline steam, including the Cumberland Narrows, Brush Tunnel, and famous Helmstetter’s Curve.

Depending on Coronavirus restrictions, the crane lift is expected to take place in the next quarter. Donations toward the final completion effort may be made online here or by mailing a check or money order to the general office at 13 Canal Street, Cumberland, MD 21502. Please make sure your donation has “1309” written on the memo line.