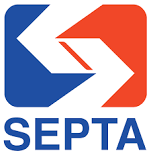 PHILADELPHIA – The Southeastern Pennsylvania Transportation Authority has awarded a contract for 45 new double-deck commuter cars to CRRC MA Corp., a Chinese-owned company with a new plant in Springfield, Mass., at a board meeting on March 23. Delivery of the cars will begin in 2019.

The Chinese company underbid Bombardier, the other bidder, by $34 million. CRRC MA is a subsidiary of China Railway Rolling Stock Corp., the world’s largest builder of rail equipment. The new company has not built any equipment for the American market, but SEPTA officials note that it has orders for 404 cars for MBTA in Boston, and more equipment for Chicago and Los Angeles, which should allow time for any problems to be worked out.

The 45 double-deck cars provide seating for 130 passengers, as compared with the 105 seats in the single-level Silverliner V cars. This should reduce crowding on trains on SEPTA’s commuter lines, which have seen 52 percent growth since 2000. The new cars will be locomotive-hauled by new Siemens electric locomotives on order.

SEPTA also holds an option for 10 more cars for an additional $23.5 million.