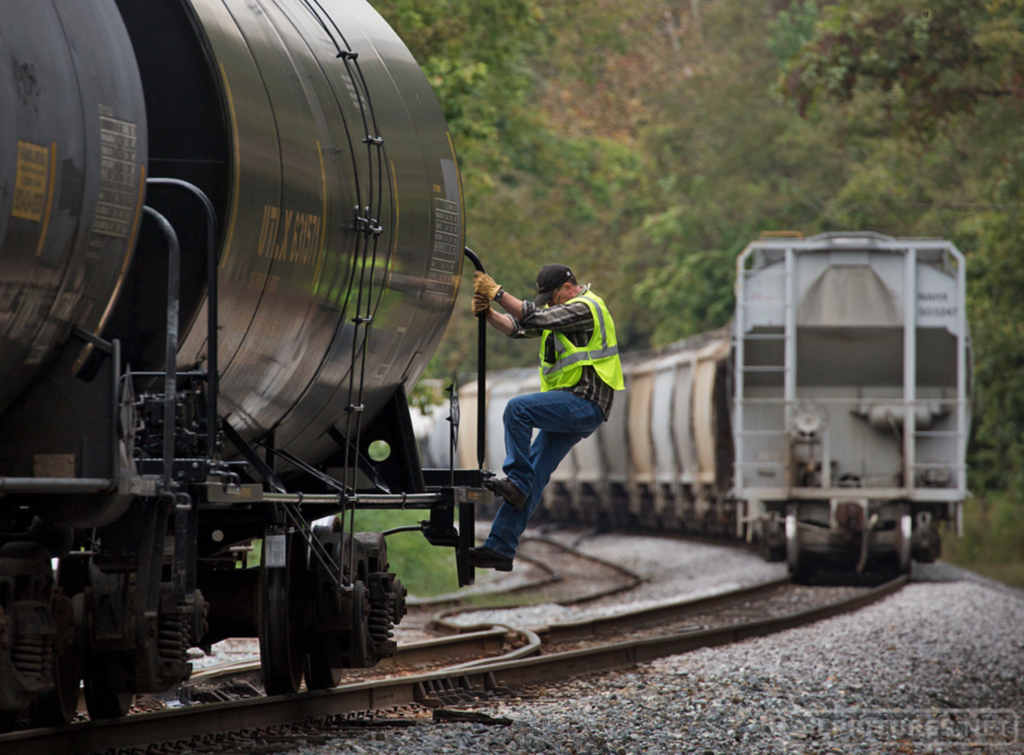 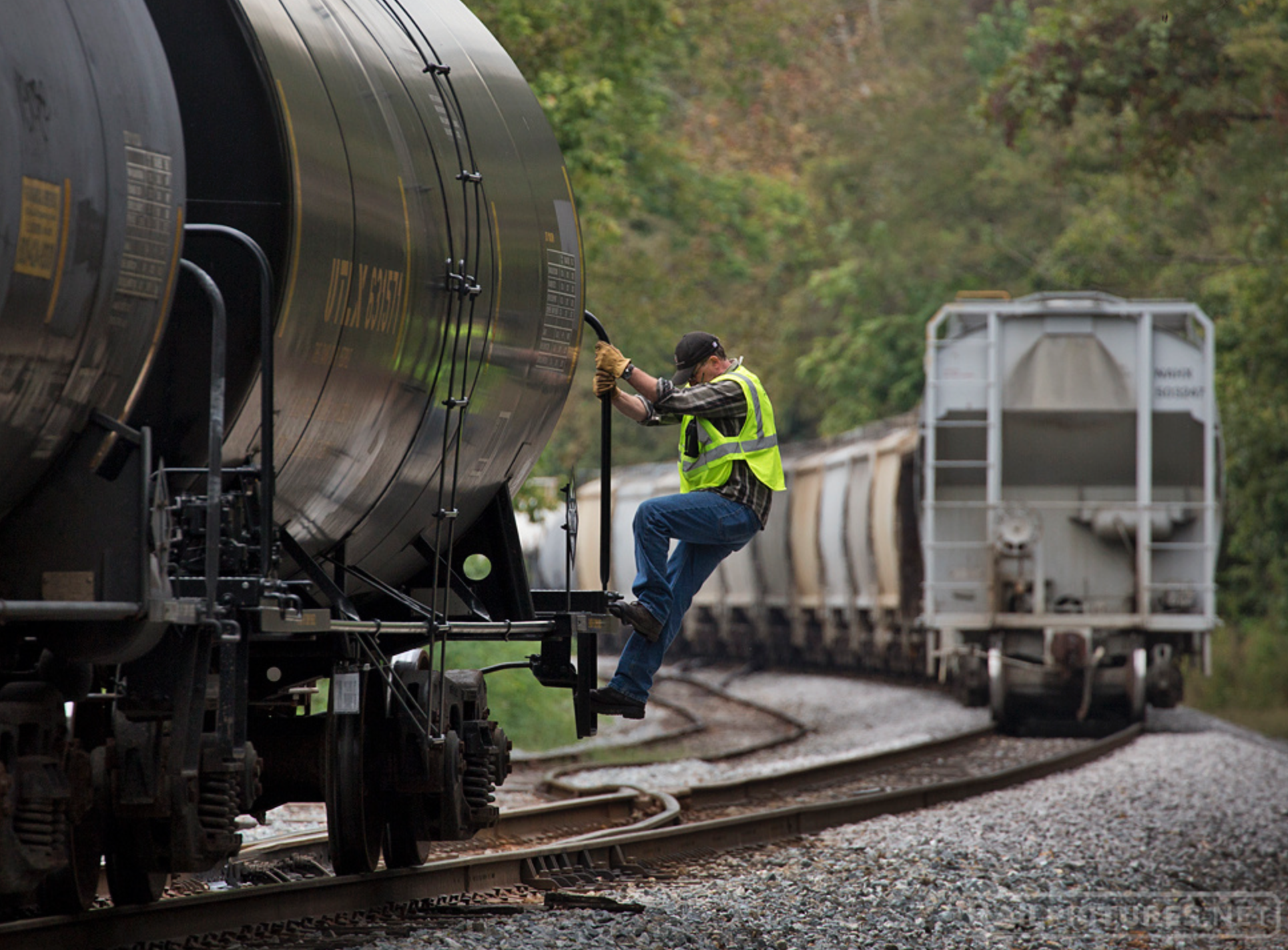 A Norfolk Southern conductor rides a tank car during a switching move at the CSX Transportation-NS interchange in Point Pleasant, W.Va., in September 2013.
Chase Gunnoe
WASHINGTON — There are 4,000 fewer Class I railroad employees than there were at this time last year, according to new data published this week by the Surface Transportation Board.

The STB publishes data every month about employment on the United States’ seven Class I railroads. The latest data show that in April 2017, there were 149,107 people employed by Class I railroads, down from 153,143 in April 2016. Class I employment has been sliding downward for more than a year but it didn’t dip below 150,000 until January.

BNSF Railway and Union Pacific remained the largest railroad employers in the nation, with 41,843 and 44,218 employees respectively. Norfolk Southern employed just over 27,000 in April 2017 and CSX had 23,700 people on the payroll. The remaining Class I railroads — Kansas City Southern, Canadian National, and Canadian Pacific — all employed between 2,500 and 6,000 people in the U.S.

2 thoughts on “Class I railroad employment down in 2017 NEWSWIRE”